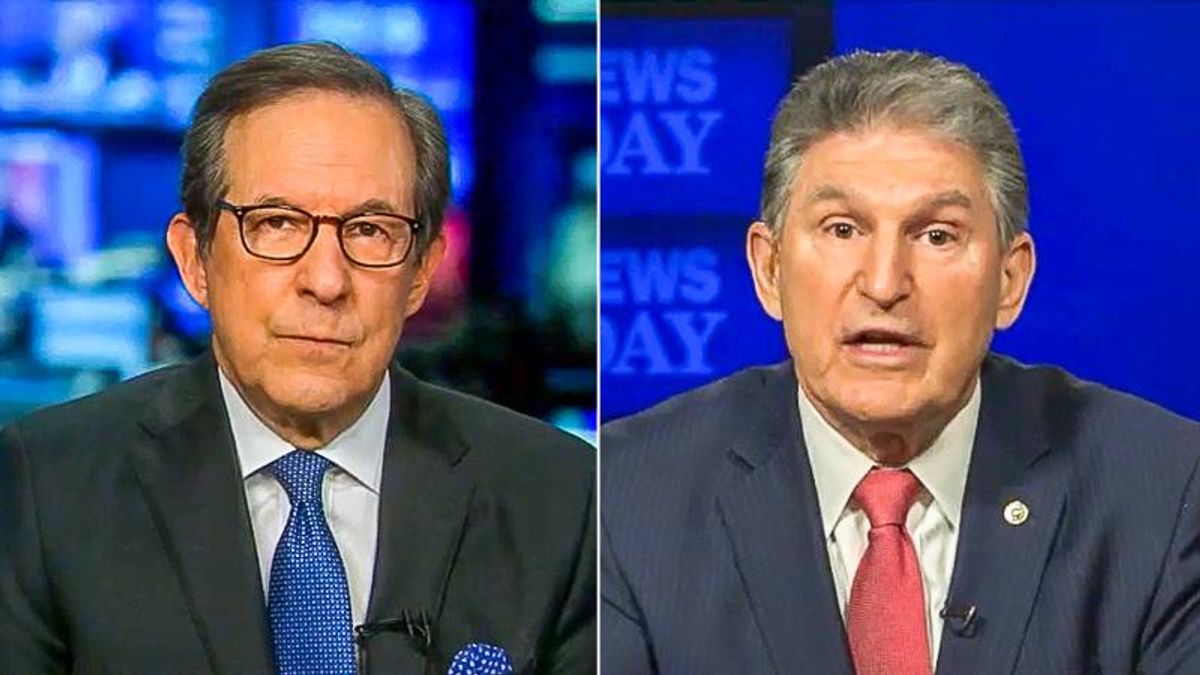 "Would you consider, if the Republicans just won't go along with anything, reforming the filibuster?" Wallace wondered. "For instance, the filibuster doesn't apply now to either budget rules -- that's why you have this reconciliation on budget issues -- or to nominations. Would you consider extending exemptions to other issues or would you consider going back to the old filibuster, sort of like 'Mr. Smith Goes to Washington' and Jimmy Stewart, where you want to filibuster? It's not an automatic 60 votes, you've got to stay on the Senate floor and keep talking."

"The filibuster should be painful," Manchin agreed. "It really should be painful. We've made it more comfortable over the years. Not intentionally. It just evolved into that. Maybe it has to be more painful. Maybe you have to stand there. There's things that we can talk about."

But the West Virginia Democrat made it clear that he is against significant filibuster reforms.

"That's so a big person doesn't take advantage of a smaller person," Manchin continued. "That's what this is all about."

"But just to be clear," Wallace pressed. "You would consider making it harder to invoke the filibuster so that you just don't automatically have 60 votes that you need for any legislation?"

He added: "My Republican friends are my friends. They are not my enemies. My Democrats is [sic] my colleagues. They're not my enemy either. That's my caucus. Together, we've got to make this place work. And it should be harder to invoke pain, it should be painful for us. Don't make it painful for the other side."