'I know this': Trump Jr's girlfriend says Kamala Harris is secretly in charge of the White House 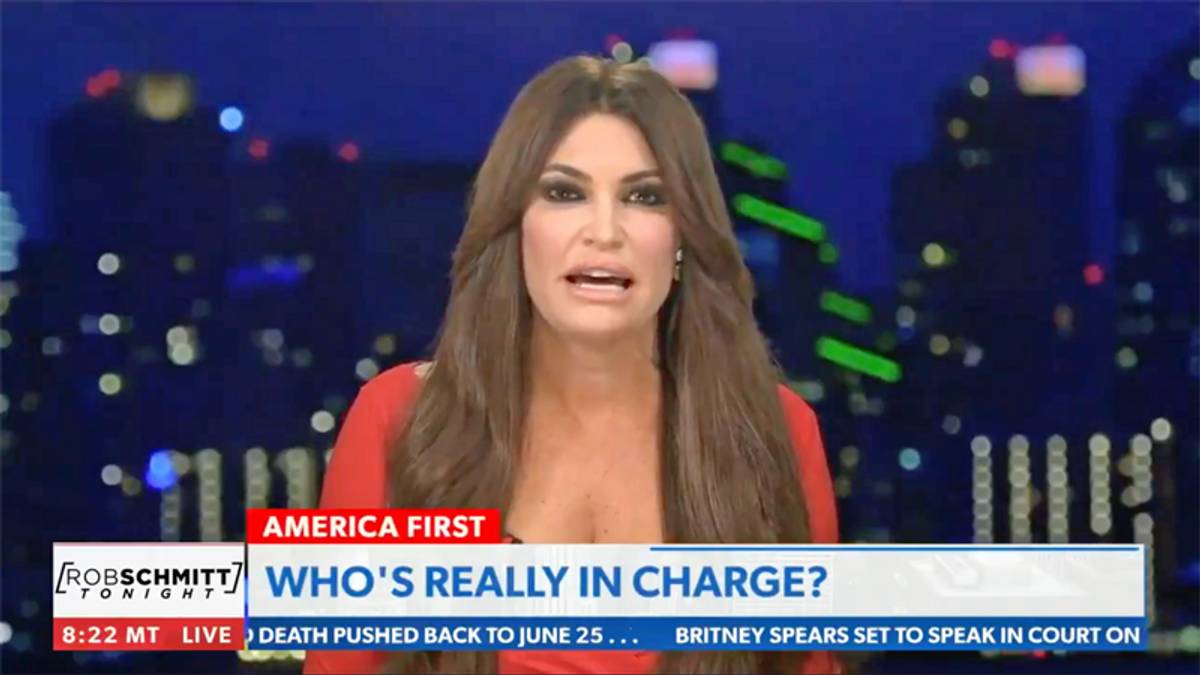 The girlfriend of Donald Trump, Jr. announced on Newsmax Tuesday that she "knows" Vice President Kamala Harris is secretly in charge of the White House.

"It's really sad, he's way in over his skis," former Fox News personality Kimberly Guilfoyle said of Biden during an appearance on Newsmax.

"Kamala Harris is really the de facto commander-in-chief," she argued. "She made it very clear."

"She's calling the shots here, I know this, I've known her a long time," Guilfoyle said.

Indeed, Guilfoyle first met Harris over twenty years ago. Back then, Guilfoyle was dating Gavin Newsom, the current Democratic governor of California. The two were married in 2001 and Guilfoyle became the first lady of San Francisco when he was sworn in as mayor in 2004. They went on to divorce in 2006.

But it is difficult to imagine how Guilfoyle now has insight into the inner workings of the Biden White House, which she sought to block from happening while being paid by the re-election campaign of her boyfriend's father.

EDITOR'S NOTE: The author of this piece worked political campaigns for Newsom during the time he was dating and married to Guilfoyle.

Tokyo will cancel all public Olympics viewing events in an effort to reduce the risk of coronavirus infections, the city governor said Saturday.

Having postponed the Games for a year because of the pandemic, Japan has already banned overseas spectators -- in an Olympics first -- while reducing the number of participants, volunteers and guests.

Backed by a coalition of dozens of human rights organizations, Democratic lawmakers on Friday reintroduced legislation to do away with the constitutional loophole which has allowed forced labor to persist in the United States for more than 150 years—the 13th Amendment.

Sen. Jeff Merkley (D-Ore.) and Rep. Nikema Williams (D-Ga.) led two dozen of their colleagues in introducing the Abolition Amendment, which would strike the "slavery clause" from the 13th Amendment of the U.S. Constitution. Adopted in January 1865, the amendment bans enslavement in the U.S., except as a form of punishment for criminal activity.