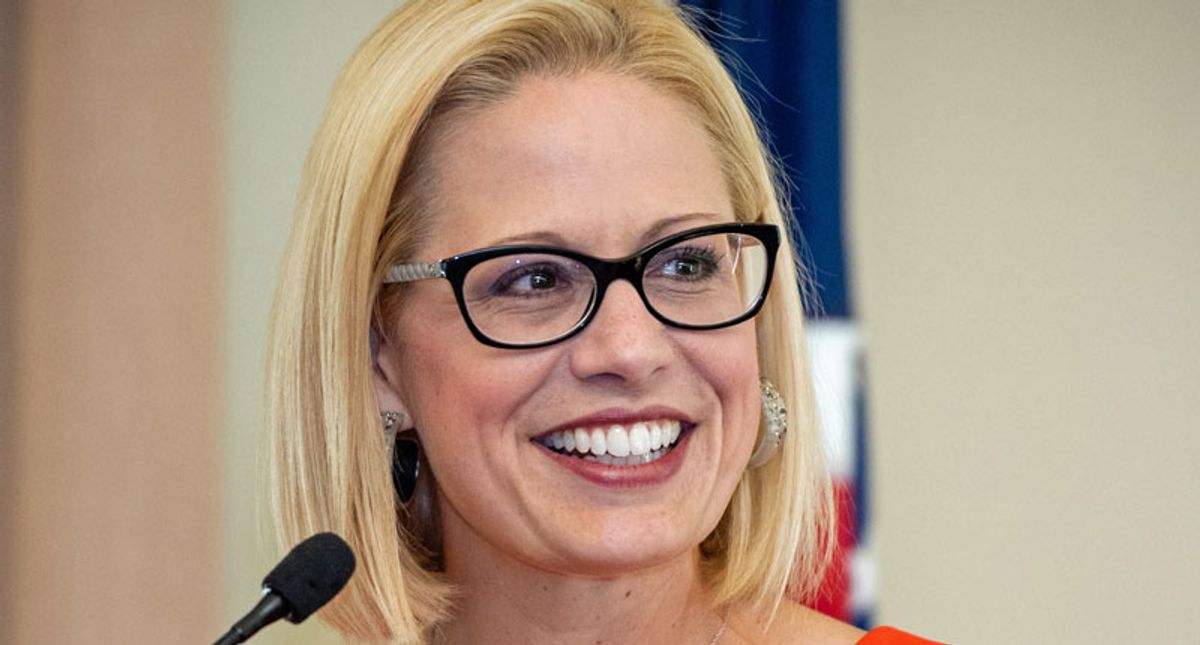 On Friday U.S. Senator Kyrsten Sinema, Democrat of Arizona, appeared to be trying for the same effect, but was not heralded as a hero. Far from it.

Senator Sinema opposes the $15 minimum wage, and made that very clear when she voted against an amendment to advance it Friday afternoon on the floor of the U.S. Senate. The $15 minimum wage has become a rallying cry of Democrats, and liberal and progressive grassroots voters have drawn a line in the sand, demanding Democratic lawmakers make it a reality – or else.

Video and GIFs of Sen. Sinema dramatically and proudly voting against increasing the minimum wage to $15 went viral, and as it did "Marie Antoinette" trended on social media. Comparisons to the French aristocrat whose reputation for indifference to the poor by supposedly saying, "let them eat cake" is forever emblazoned in history and culture, hundreds of years after her death.

The comparison was only made worse when reporting that Sinema had actually arrived at the Senate with an actual cake:

The cake reportedly was for those who had worked late into the night, after Republican Sen. Ron Johnson forced clerks to read hundreds of pages of the COVID relief bill in an attempt to stall it.

But the damage was done.

That damage was made even worse after an old tweet of Sinema was found in which she argues in favor of raising the minimum wage: