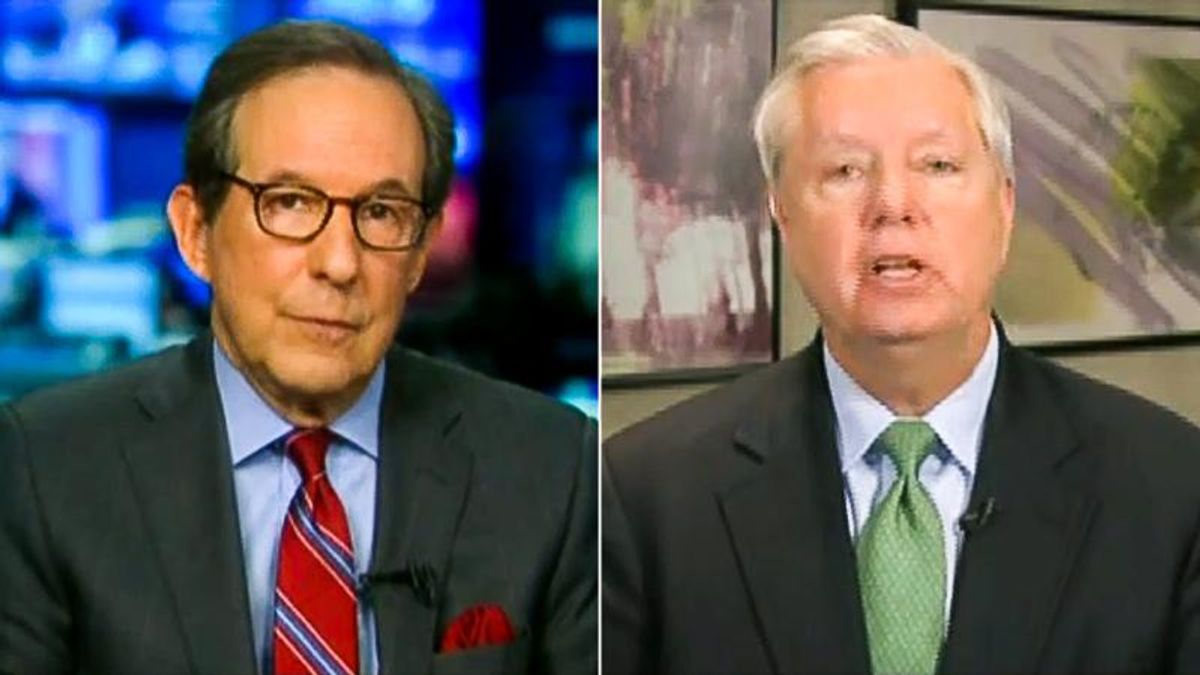 Sen. Lindsey Graham (R-SC) insisted on Sunday that he needs an AR-15 assault-style rifle to prepare for "gangs" that might attack him following a natural disaster.

"I would challenge [Senate majority leader Chuck Schumer] to bring the assault weapons ban to the floor of the United States Senate," Graham told Wallace. "It won't get 50 votes, much less 60."

"I own an AR-15," he continued. "If there's a natural disaster in South Carolina where the cops can't protect my neighborhood, my house will be the last ones that the gangs will come to because I can defend myself."

Graham added: "You don't have to have an AR-15 but if you have one lawfully, I think you should be allowed to keep it."