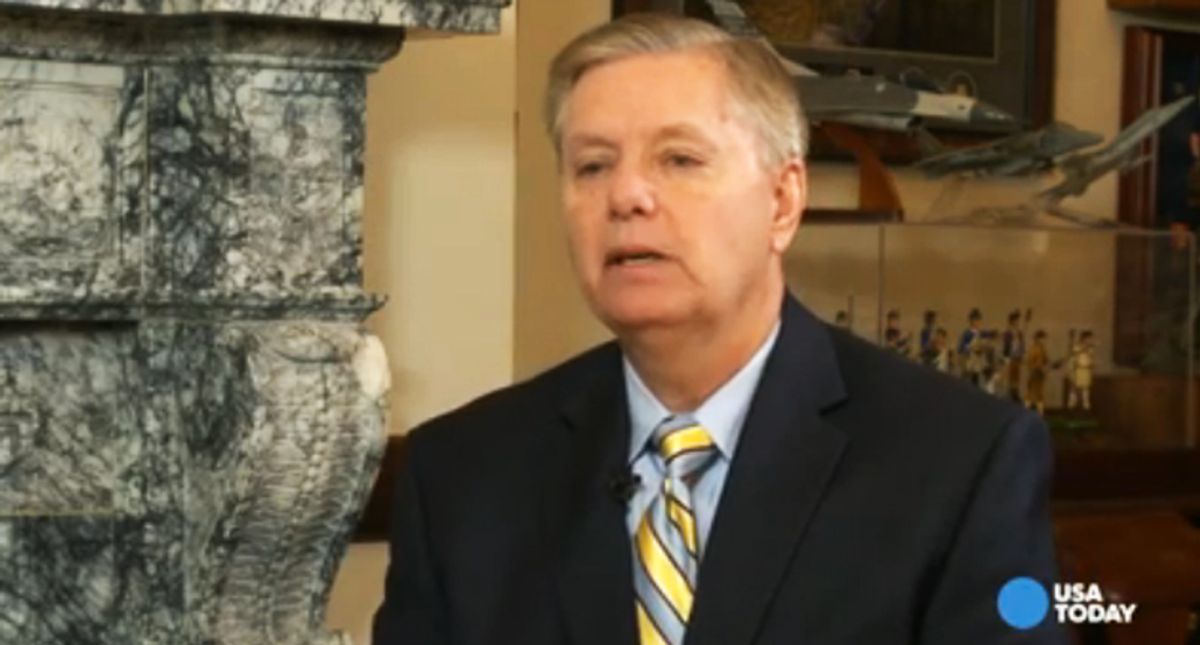 The Senator continued to describe the former President along the lines of the duality of man. Trump, he said, has both a "dark side" and some "magic" in him. "What I'm trying to do is just harness the magic."

Prior to Trump's nomination in 2016, Sen. Graham had been a staunch critic of the former President, arguing that he was not mentally fit for the role. After Trump was nominated, however, Graham quickly fell into Trump's good graces, becoming one of his most ardent allies.

Although Graham did not support Trump's impeachment, the Senator admitted that Trump "needs to understand that his actions were the problem" leading up the Capitol insurrection.

"Donald Trump was my friend before the riot," Graham said. "And I'm trying to keep a relationship with him after the riot. I still consider him a friend. What happened was a dark day in American history, and we're going to move forward."

He continued, "So here's what you need to know about me: I'm going to continue — I want us to continue the policies that I think will make America strong. I believe that the best way for the Republican Party to do that is with Trump, not without Trump."

The Senator's comments come amid a great reckoning amongst conservatives about Trump's influence in the future of the Republican Party.

Several Republicans, such as Rep. Adam Kinzinger, R-Ill., and Sen. Mitt Romney. R-Utah, have expressed an interest in charting a new course without Trump. Senate Minority Leader Mitch McConnell, R-Ky., has criticized Trump in the past several weeks, but said that he would ultimately support the former President's potential bid in 2024.

Trump has been selective about his endorsements in the upcoming Senate elections. Weeks ago, Trump backed the primary opponent of Rep. Anthony Gonzalez, R-Ohio, who was one of the ten Senators who voted to impeach him. The former President also endorsed Sen. John Kennedy, R-La., Sen. Jerry Moran, R-Kan., and Senator Tim Scott, R-S.C. the only black Republican in the Senate.

During Trump's CPAC speech two weeks ago, the former President listed off the names of Congressional Republicans who voted to impeach him, urging his followers to "get rid of them all." He said that the only way to support "our efforts" is to elect Trump-supporting Republicans.