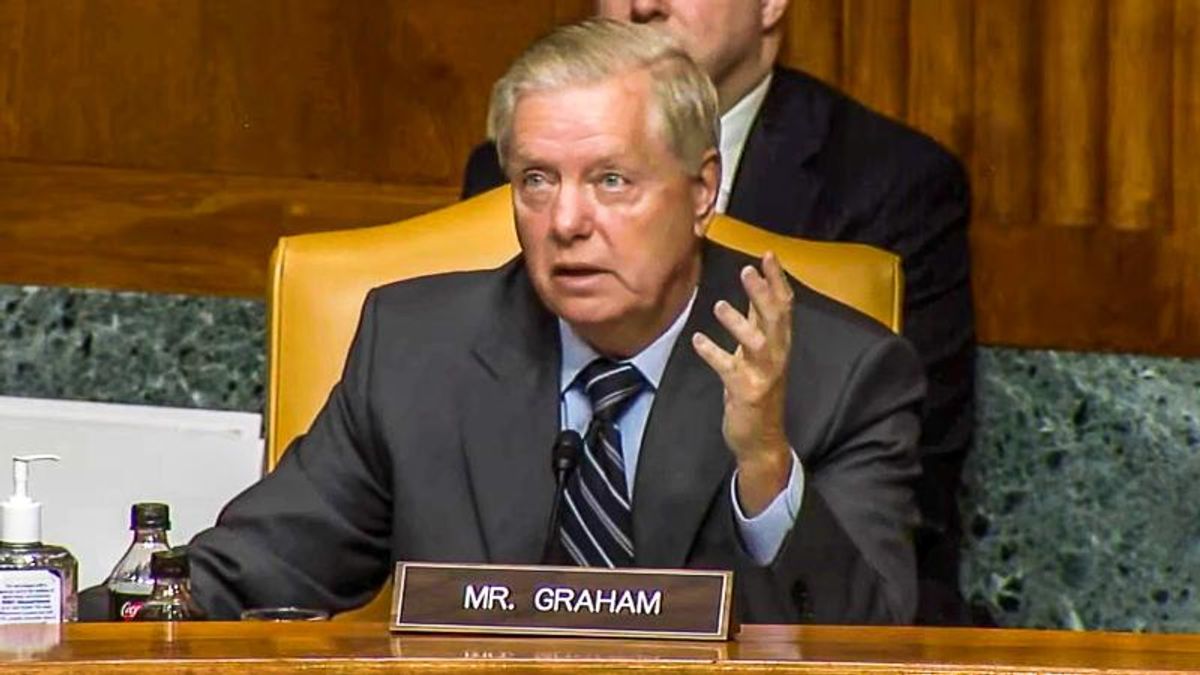 Sen. Lindsey Graham (R-SC) revealed on Tuesday that members of his own family are refusing to go back to work because they are getting unemployment benefits.

At a Senate hearing, Graham asked Office of Management and Budget Acting Director Shalanda Young about the temporary COVID-19 unemployment benefits that are being provided by the federal government.

Young pointed out that the most recent jobs report found the lowest unemployment level since the pandemic began.

Graham interrupted to assert that the "enhanced unemployment benefit is deterring people from re-entering into the workforce."

"There's a lot of jobs out there that are unfilled and will never be filled until you change the benefit structure," he said.

"I understand the logic," Young replied. "But I've also not met Americans who would prefer not to work. There's a dignity to work in this country."

"Well, I've got a lot of people in my family that ain't working because they get it," Graham laughed. "I'll show you some in my family."

"So the bottom line is I think there are people out there that are not bad people but they're not going to work for $15/hour if they can make $23 unemployed," he added. "That doesn't make you a bad person. If you're working for $15/hour that makes you almost a chump."

"I think we incentivize people not to work because simply they make more money," he opined. "I'm not blaming them, I'm blaming us."