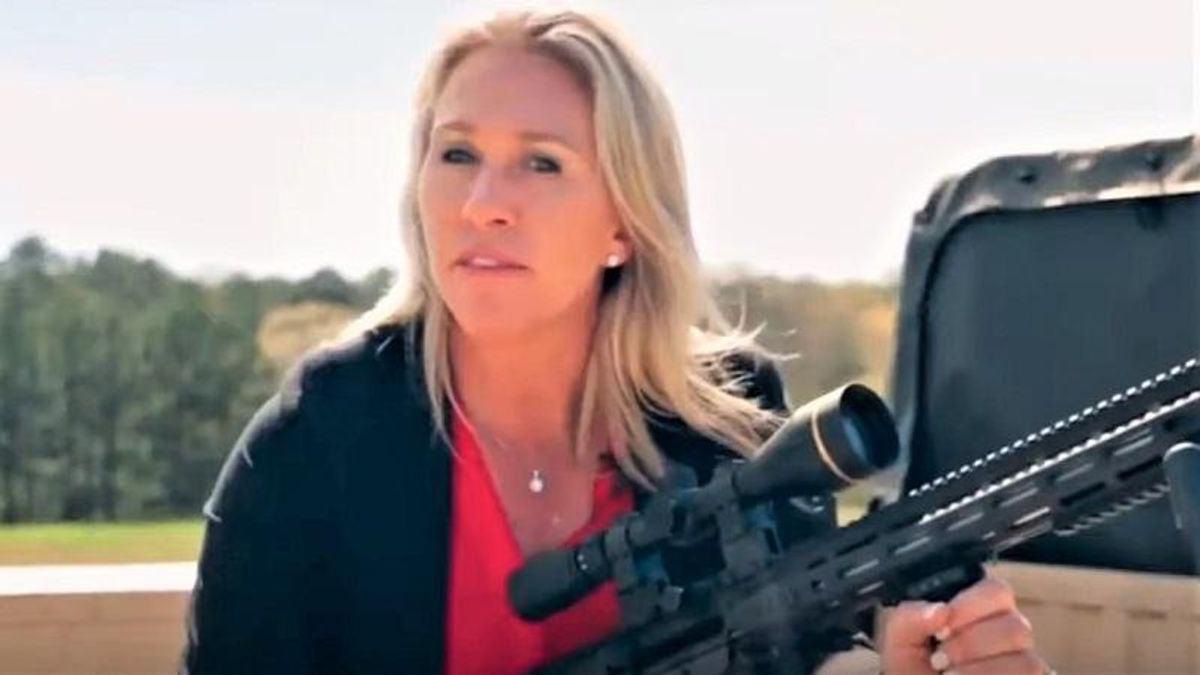 House Democrats this week are going to oust QAnon-loving Rep. Marjorie Taylor Greene (R-GA) off key committees in response to her past endorsements of violence against House Speaker Nancy Pelosi (D-CA).

Politico reports that Democratic leadership will deliver House minority leader Kevin McCarthy (R-CA) an ultimatum to either remove Greene from committees or else watch her removed via a vote on the House floor.

"The precise path that Democrats would take to remove Greene from those committees is not yet determined, but party leaders have several options," Politico reports. "On a leadership call on Sunday, top Democrats discussed a straightforward motion that would go through the House Rules Committee."

In addition to her past endorsements of violence, Greene has also expressed support for a litany of conspiracy theories, including the QAnon theory that claims Democrats are a cabal of Satanist pedophiles; a theory about the Rothschild family helping former California Gov. Jerry Brown build a space laser to burn down forests; a claim about members of the 2016 Clinton campaign sacrificing chickens to the pagan deity Moloch; and theories about multiple school shootings being "false flag" operations.

Rep. Jahana Hayes (D-CT), whose district includes the Sandy Hook Elementary School where 20 children were massacred in 2012, tells Politico that Greene does not deserve to serve on the House Education Committee given how she has repeatedly made false claims about school shootings.

She also said she supports efforts to strip her of her committee assignments.

"If we are waiting for Kevin McCarthy to have a moral compass... that's never going to happen," she said.