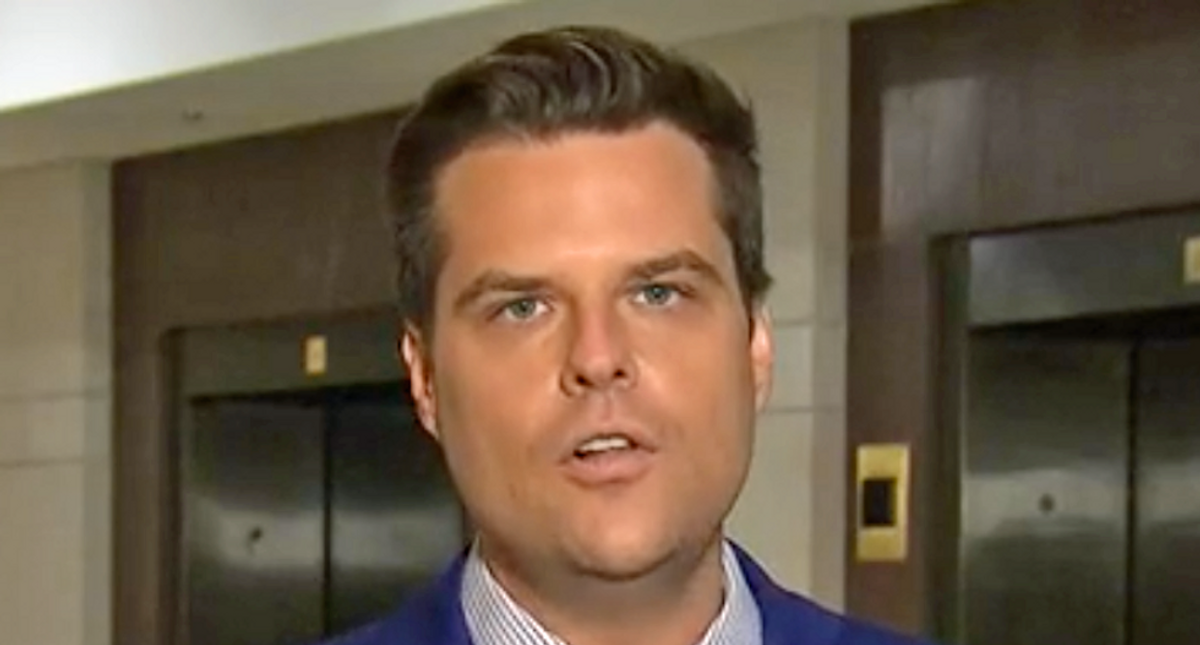 "In two late-night Venmo transactions in May 2018, Rep. Matt Gaetz sent his friend, the accused sex trafficker Joel Greenberg, $900. The next morning, over the course of eight minutes, Greenberg used the same app to send three young women varying sums of money. In total, the transactions amounted to $900," The Daily Beast reported Thursday. "The memo field for the first of Gaetz's transactions to Greenberg was titled 'Test.' In the second, the Florida GOP congressman wrote 'hit up ___.' But instead of a blank, Gaetz wrote a nickname for one of the recipients. (The Daily Beast is not sharing that nickname because the teenager had only turned 18 less than six months before.) When Greenberg then made his Venmo payments to these three young women, he described the money as being for 'Tuition,' 'School,' and 'School.'"

Greenberg has been indicted on 33 counts, including sex trafficking.