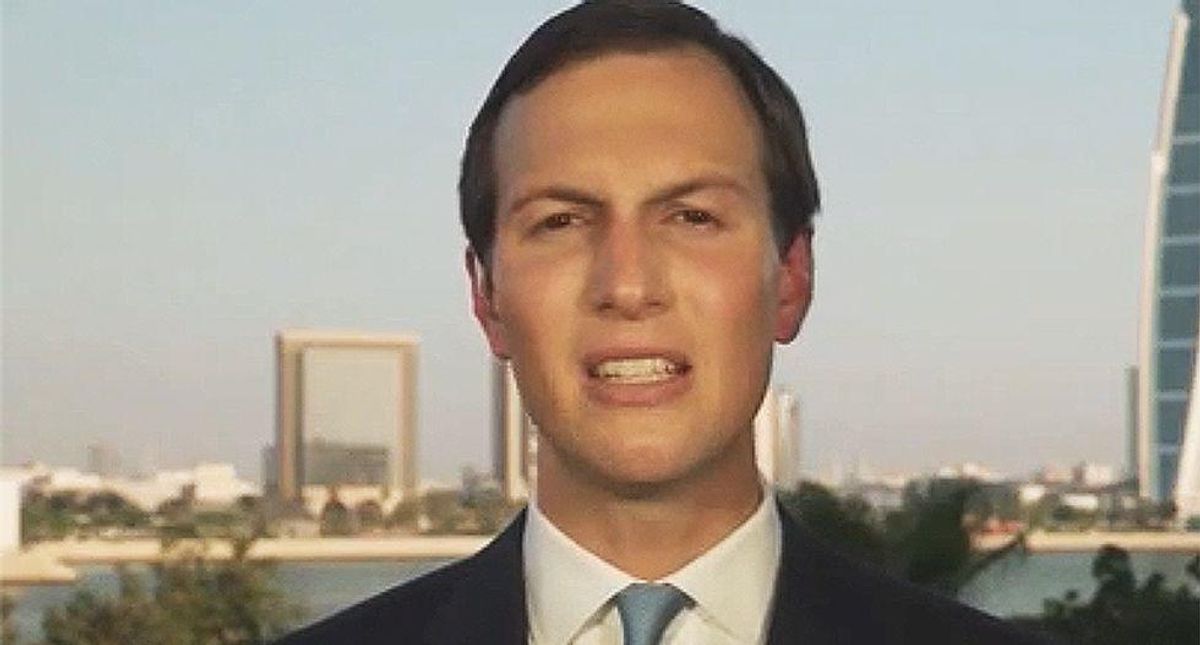 Former Trump "fixer" Michael Cohen made a bold declaration on Wednesday when he tweeted that he thinks that Jared Kushner has already flipped on his father-in-law in conversations with prosecutors.

Cohen referenced a 2017 CNN report about Jared Kushner being the so-called "secretary of everything," because Trump handed everything off to him to accomplish.

"Interesting how Jared Kushner (#SecretaryOfEverything) name appears to be absent from all the controversy, indictments and arrests. Is he next to fall or a cooperating witness? Knowing what a snake he is, I bet the latter!" tweeted Cohen.

Meanwhile, rumors have been swirling that both Kushner and Ivanka are distancing themselves from the former president. Kushher, according to reports, wants to focus on his book and continue to pat himself for his diplomatic efforts in the Middle East -- including some initiatives that benefited the government of the United Arab Emirates, which Barrack is accused of illegally lobbying for.