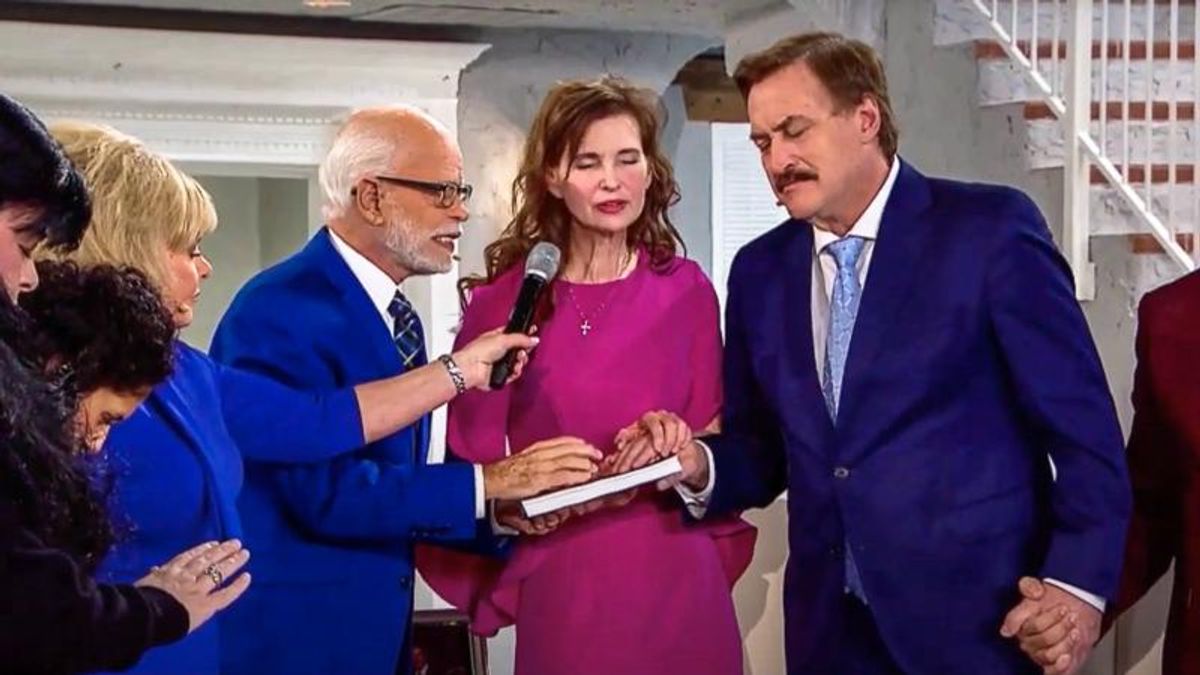 The telethon kickoff was aired Tuesday on KOZL, a station in Spingfield, Missouri.

"Mike is going to be with us for three days," Bakker announced. "It's a very unusual event to have a telethon."

The televangelist complained that "the enemy" had seized his bank accounts. He said that he needed the public to buy Lindell's Bible-themed pillows "just to stay alive."

"That's the cancel culture," Lindell agreed, pointing out that most major retailers have stopped selling his pillows.

The broadcast was sprinkled with conspiracy theories disputing former President Donald Trump's loss in the 2020 election.

"We're going to take back what was stole from us!" Bakker exclaimed at one point.