McConnell admits Trump 'responsible' for insurrection -- after voting against conviction 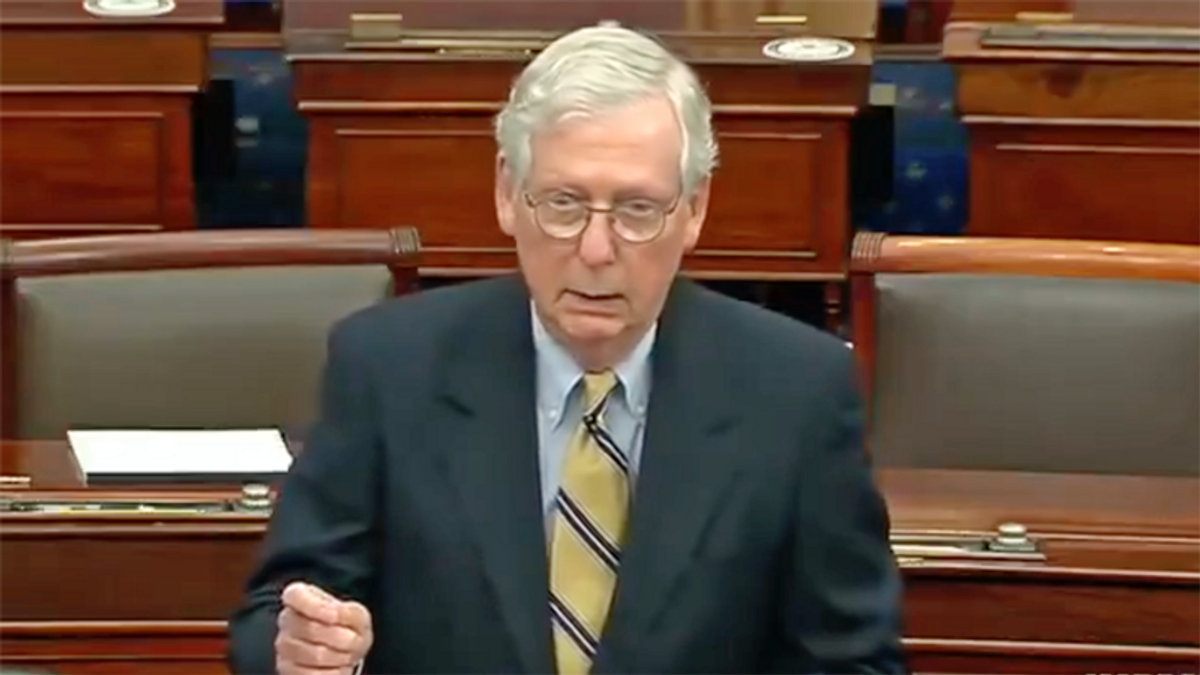 Top Senate Republican Mitch McConnell delivered a scathing rebuke of Donald Trump on Saturday despite voting to acquit the former president on an impeachment charge, saying he was responsible for the January 6 mob assault on the US Capitol.

"There's no question -- none -- that President Trump is practically and morally responsible for provoking the events of the day," McConnell said in a speech following the vote that led to Trump's acquittal.

"These criminals were carrying his banners. Hanging his flags. And screaming their loyalty to him."

He called Trump's actions leading up to the siege "a disgraceful dereliction of duty."

McConnell went further and suggested Trump could face charges now that he is out of office.

"President Trump is still liable for everything he did while he was in office, as an ordinary citizen," he said. "He didn't get away with anything yet."

The Republican from Kentucky, however, said he voted to acquit Trump on a charge of inciting insurrection because, he said, it is unconstitutional to convict a president in an impeachment trial after he has left office.