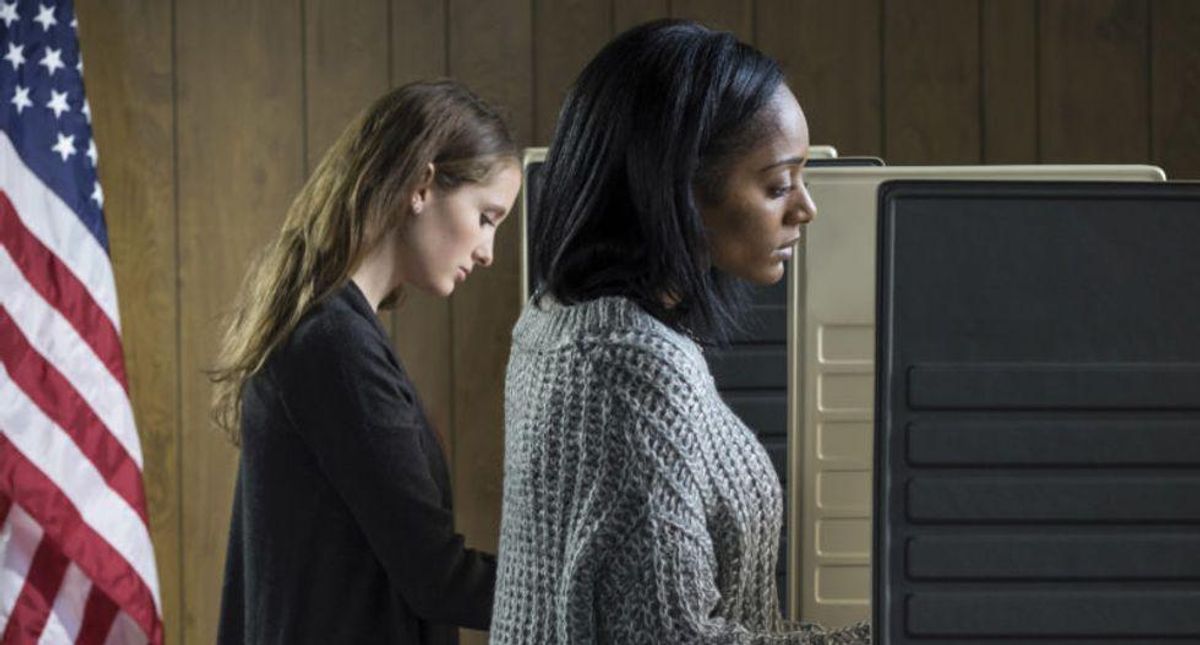 Virginia, the state with 2021's most expansive and inclusive voting reforms enacted after the 2020 presidential election, is leaving it up to its 133 counties to offer early voting on Sunday known as "souls to the polls" for its statewide elections in November.

With only a few days remaining before a September 3 deadline from the Virginia Department of Elections to apply for funds to implement early voting options, only a dozen counties, mostly in metro areas, are planning to offer one day of Sunday voting. The option has not been offered in Virginia, but has been a focal point for clergy-led get-out-the-vote efforts in other southern states.

Older church-going voters are among the most reliable voting bloc for Democrats. However, in many instances, they need assistance to get to voting sites; hence Sunday "souls to the polls" efforts. That option is apart from early voting on Saturday, which all Virginia counties are required to offer on at least one day during the 45 days prior to November 2's election.

"It turns out that we have souls, but there are not enough polls," said Andrea Miller, founding board member of the Center for Common Ground, a Virginia-based non-partisan non-profit that focuses on helping Black voters across the South. "I cross-checked all counties with more than 10,000 Black voters and Henrico County, which has the largest number of Black voters in the state, is [still] not offering Sunday voting."

But pressure from clergy, activists like Miller and the Democratic Party of Virginia has prompted a handful of counties with large Black populations to decide in recent days to offer at least one day of Sunday voting, Miller and state party activists said. They cited Norfolk County, Chesterfield County, Chesapeake City and Alexandria City.

"We're hearing other jurisdictions are getting pressured and the pressure is working," Miller said. "I heard there are 12 jurisdictions who have agreed, but most have not updated their websites—which is what we are using [to monitor the voting option]."

Early voting in Virginia starts on September 17, which is 45 days before the general election.

Virginia is one of two states in 2021 that will hold statewide elections, including for governor and legislature. This winter, its Democratic-majority legislature passed a slate of election reforms that was a counterpoint to legislation in red states that sought to prohibit many of flexible voting options offered by election officials in response to the COVID-19 pandemic.

The legislature did not require its 133 county boards of elections to offer Sunday voting but passed legislation in a special session making it clear that Sunday voting was permitted and appropriated $3 million to assist local counties with implementing it.

Traditionally, Virginia's election administration has been very decentralized with many decisions delegated to county officials.

"The passage of HB 7001 during the Second Special Session of the General Assembly 2021 provides $3,000,000 to the Department of Elections to support local efforts to expand early voting to include the adoption of Sunday voting," said Andrea Gaines, Virginia Department of Elections external affairs manager. "We have since forwarded guidance to general registrars which included instructions for how to request funding."

Before that legislation, local officials took the position that they could not offer Sunday voting without authorization, a longtime Virginia-based voting rights attorney told Voting Booth. Local officials also worried about staff and funding shortages needed to implement the voting option.

As of August 31, Gaines said that seven counties had applied for a grant to offer Sunday voting.