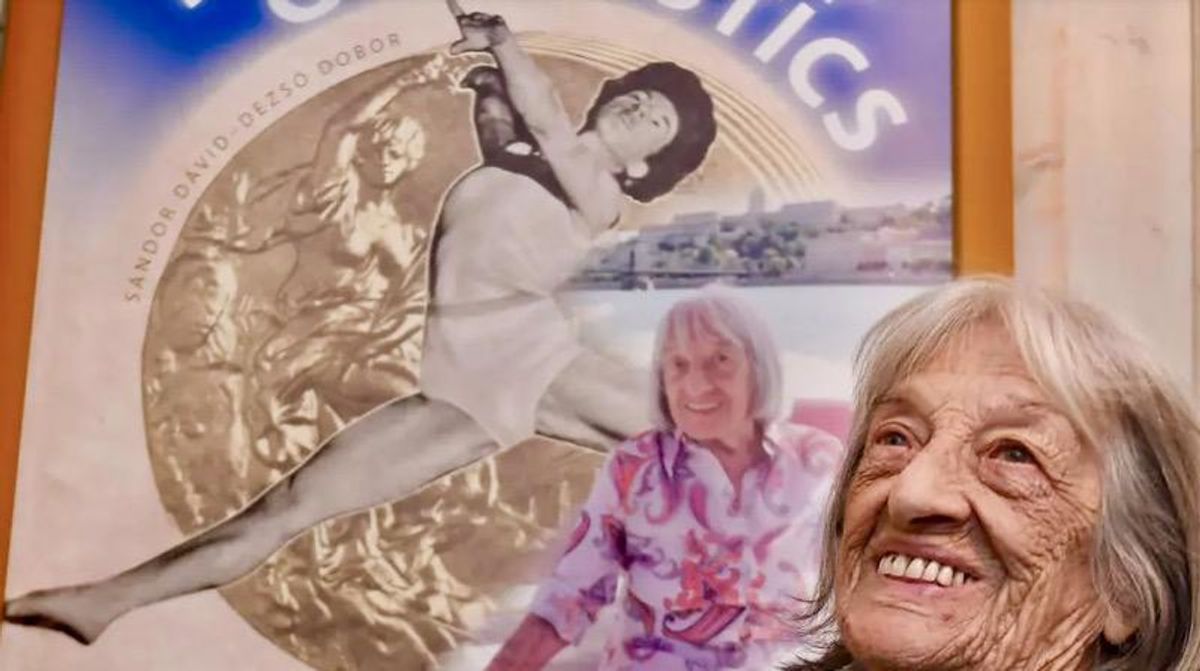 Hungarian gymnast Agnes Keleti, the world's oldest living Olympic champion as well as a Holocaust survivor, is still showing off ahead of turning 100 on Saturday.

"I feel good, but I don't look in the mirror, that's my trick! Then I remain young!" Keleti told AFP in Budapest in November.

A five-times Olympic champion, Keleti, who celebrates her birthday January 9, is also Hungary's most successful gymnast, and one of the most decorated Jewish athletes in history.

Although her advanced years have affected her short-term memory, her feisty spirit remains intact.

Moving in a sprightly manner around her apartment where both her life mementoes and Olympic medals are on display, she joked about not being allowed to perform the full-leg splits anymore.

"I'm told by my caretaker that it's not good for me at this age," she laughed, while leafing through a new book "The Queen of Gymnastics, 100 years of Agnes Keleti" published to mark her centenary birthday.

Born in 1921, she won 10 gymnastics medals in all, most won after she turned 30 and was competing against gymnasts half her age, including five golds in Helsinki (1952) and Melbourne (1956).

"I did sport not because it felt good but to see the world," Keleti told AFP in a 2016 interview.

Called up to the national team in 1939, she won her first Hungarian title the next year, but later in 1940 was barred from taking part in any sporting activity due to her Jewish background.

After the Nazi German occupation of Hungary in March 1944, she escaped deportation to a death camp by getting false documents and assuming the identity of a maid girl Piroska Juhasz.

"I stayed alive thanks to Piroska with whom I swapped not only clothes and papers, but also the way she talked," said Keleti, who kept fit while hiding in the countryside by regular running.

Keleti's father and several members of her family were killed in Auschwitz, while her mother and brother were rescued thanks to the Swedish diplomat Raoul Wallenberg.

Keleti emigrated to Australia in 1957 a year after Hungary's failed anti-Soviet uprising, before settling in Israel where she married a Hungarian sports teacher Robert Biro in 1959, with whom she later had two children.

After she retired from competition, she worked as a physical education teacher, and became head coach of the Israeli national gymnastics team.

She was only able to return home to then-communist Hungary -- where she has lived since 2015 -- for the World Athletics championships in 1983.

"It was worth doing something well in life, considering the attention I have received, I get the shivers when I see all the articles written about me," Keleti says.