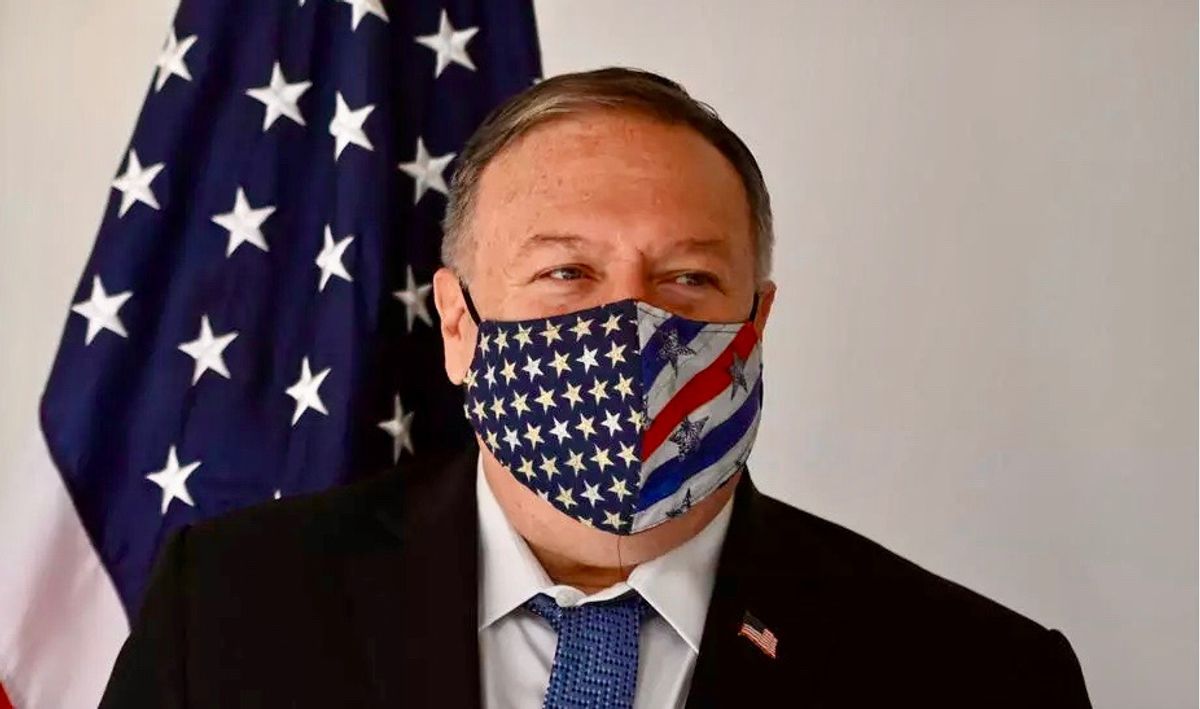 US Secretary of State Mike Pompeo alleged Tuesday that arch-enemy Iran has become a new "home base" for Al-Qaeda worse than Afghanistan, an assertion questioned by experts.

In a speech a week before leaving office, Pompeo confirmed a New York Times report that Al-Qaeda's second-in-command was killed last year in Tehran, although he did not say that Israel carried it out.

"Al-Qaeda has a new home base. It is the Islamic Republic of Iran," Pompeo said in a speech at the National Press Club.

"I would say Iran is indeed the new Afghanistan –- as the key geographic hub for Al-Qaeda -- but it's actually worse.

"Unlike in Afghanistan, when Al-Qaeda was hiding in the mountains, Al-Qaeda today is operating under the hard shell of the Iranian regime's protection."

He urged more international pressure, calling the alleged alliance a "massive force for evil all over the world."

President Donald Trump's hawkish top diplomat stopped short of urging military action, saying: "If we did have that option, if we chose to do that, there's a much greater risk in executing it."

But he announced sanctions on several individuals and a $7 million reward for information on an Al-Qaeda member he said was believed to be in Iran identified both as Muhammad Abbatay or Abd al-Rahman al-Maghrebi.

Iran, a Shiite clerical state, is ideologically opposed both to Al-Qaeda and the Islamic State group, extreme Sunni movements that are predominantly Arab, and has fought on fronts abroad against both.

Many experts believe that Tehran has allowed Al-Qaeda operatives to use its territory -- comparatively safe from the US military -- to provide guarantees that the extremists will not target Iran.

Pompeo acknowledged that late Al-Qaeda founder Osama bin Laden himself "considered Al-Qaeda members inside the Islamic Republic of Iran to be hostages" and that there was no evidence Iran backed the September 11, 2001 attacks, mostly carried out by Saudi nationals.

But Pompeo, a former CIA chief, said that Iran in recent years has permitted Al-Qaeda greater freedom of movement including issuing travel documents, and that the group has "centralized leadership" in Tehran.

"Tehran has allowed Al-Qaeda to fund-raise, to freely communicate with other Al-Qaeda members around the world and perform many other functions that were previously directed from Afghanistan and Pakistan," Pompeo said.

Pompeo has championed a hard line on Iran including sweeping sanctions that have ravaged its economy.

President-elect Joe Biden is expected to seek a return to diplomacy and has tapped Bill Burns, a widely respected former diplomat who has led secret negotiations with Iran, as CIA chief.