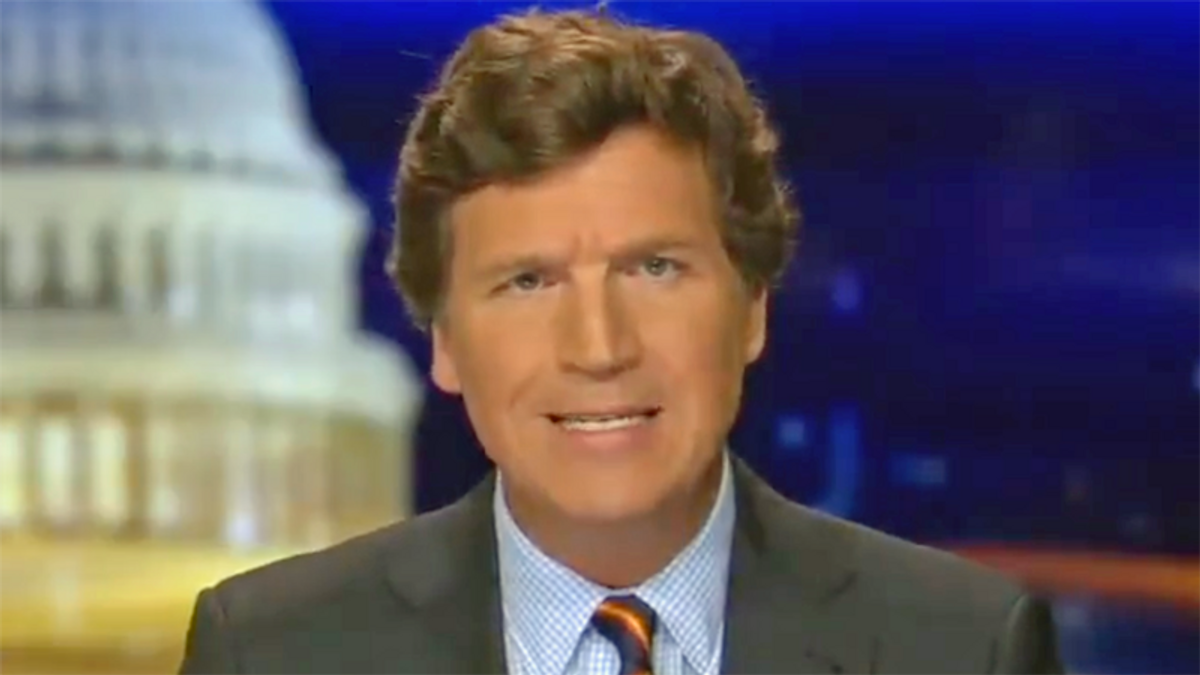 Fox News personality Tucker Carlson was not worried about dictatorship after Donald Trump tried to overturn the 2020 election, but was terrified that QAnon supporters are being held to account for spreading lies.

Carlson complained about the "mob of censors and hysterics and Jacobin destroyers all working on behalf of entrenched power to take total control of everything.