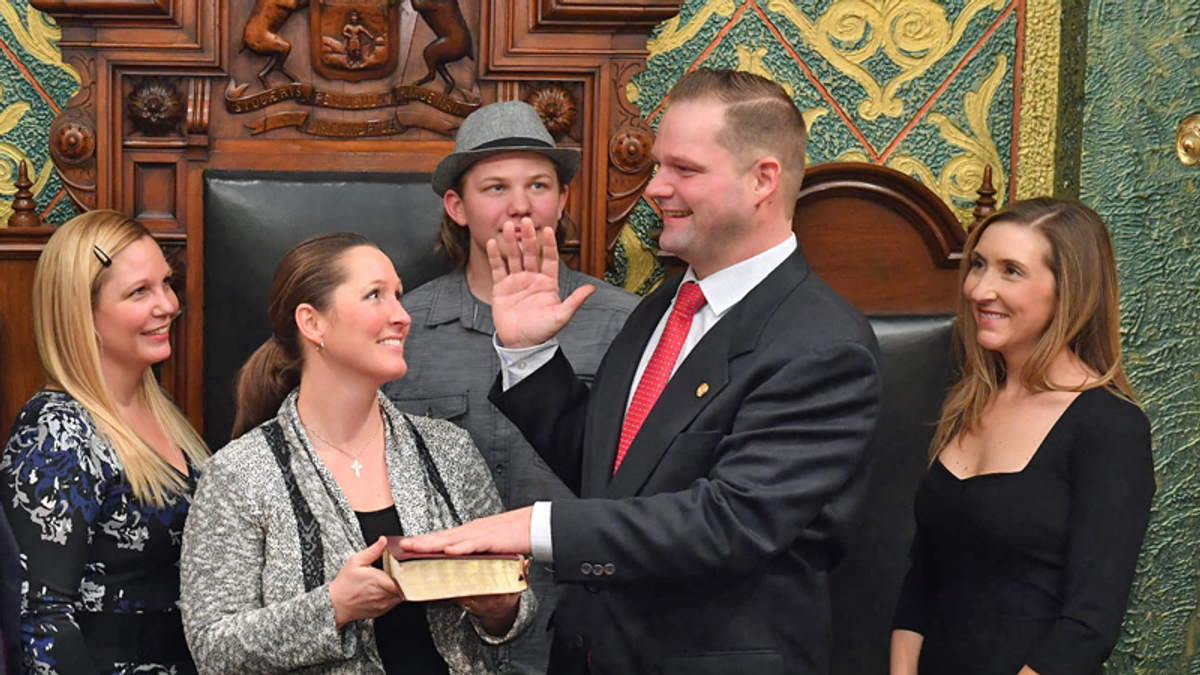 The GOP lawmaker said he would refund Michigan the portion of his annual salary he will accrue while incarcerated.

Posthumus is the son of former Michigan Lt. Gov. Dick Posthumus and the brother of Kent County Clerk Lisa Posthumus Lyons, who was the Republican nominee for lieutenant governor in the 2018 midterms.