In 2021, HBO aired the 6-part investigation "Q: Into the Storm" that featured Watkins and left viewers to think he is likely "Q" or knows who is.

Waktins campaigned on a platform of election denialism, which worked well for other Arizona Republicans, but still left the conspiracy theory promoter finishing dead last out of seven candidates seeking the GOP nomination.

While votes are still being counted, Watkins is widely trailing all of the other canidates. The winner will face Democratic Rep. Tom O'Halleran.

Watkins ran an interesting campaign, in January he struggled to convince his supporters that Donald Trump really did hold a rally in the state and it was not a body-double on stage.

In October, Watkins became an issue in the gubernatorial campaign of fellow conspiracy theory promoter Kari Lake after he posted a photo to social media of the two of them. 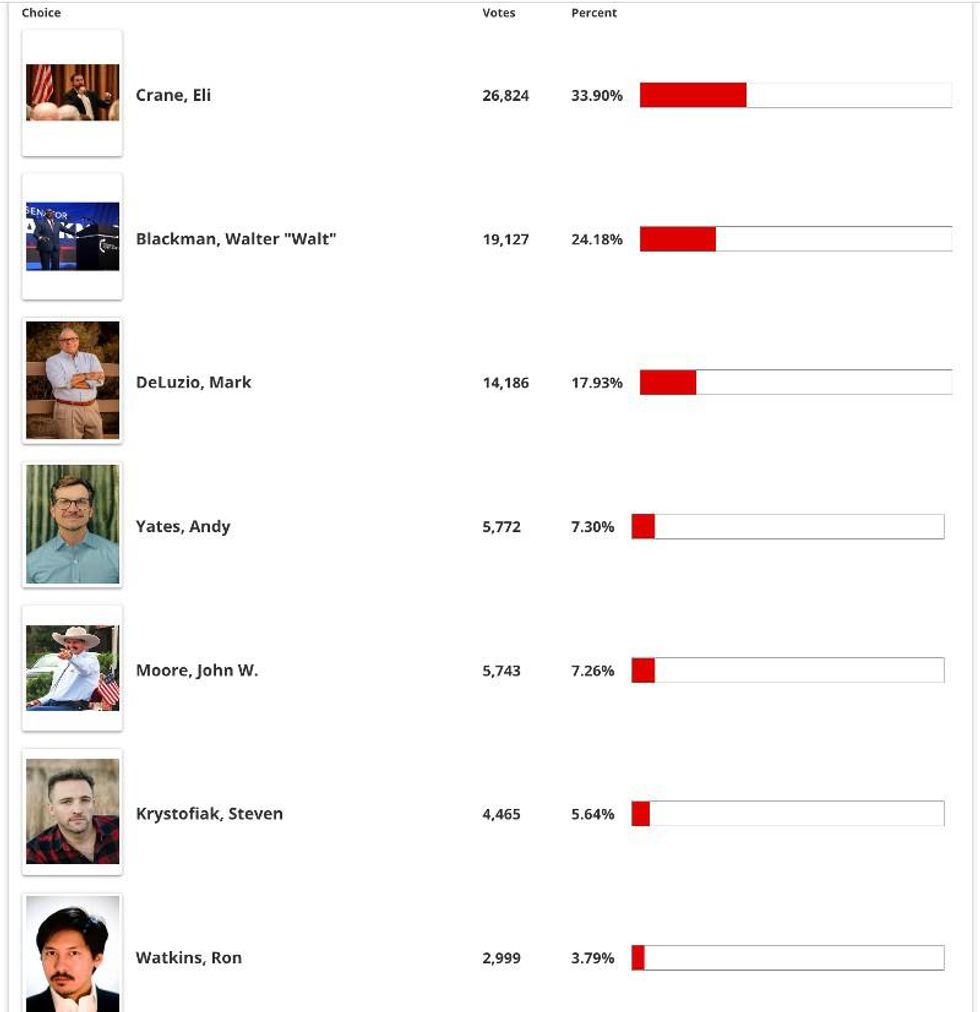