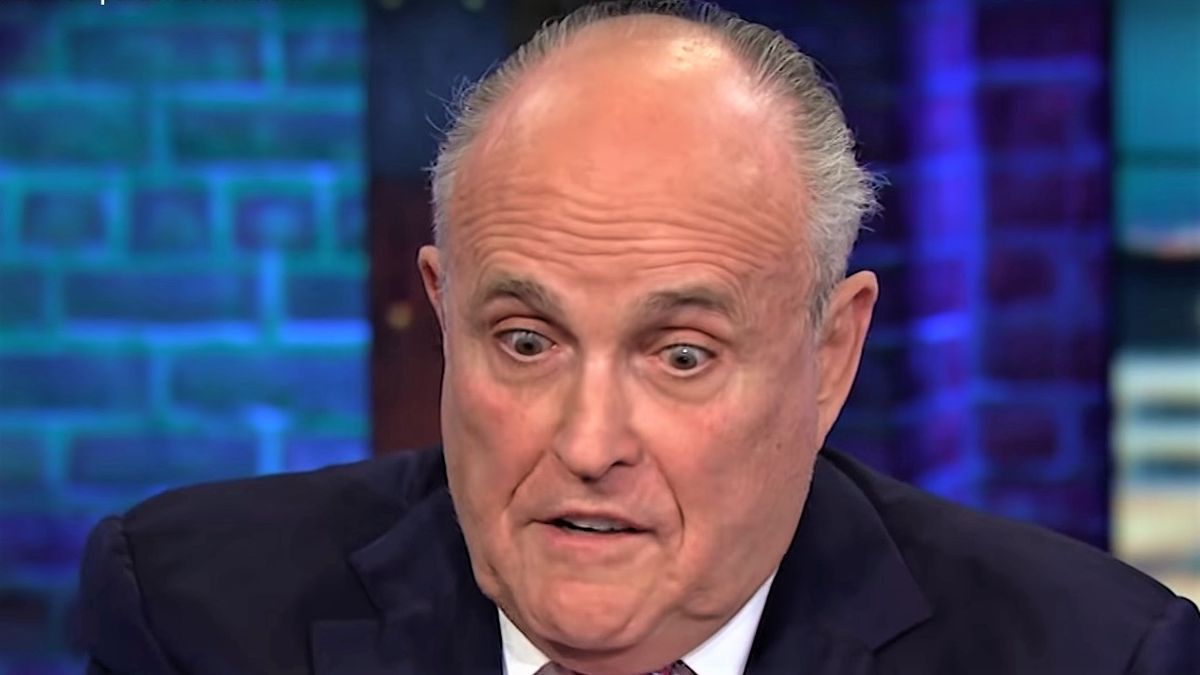 Trump attorney Rudy Giuliani on Wednesday delivered an unhinged rant to supporters of President Donald Trump at the so-called "March to Save America" rally in Washington D.C.

Giuliani accused election officials of "hiding" evidence of voter fraud from him and he predicted that concrete evidence of fraud would be uncovered within days.

Giuliani proceeded to unleash a fact-free rant claiming that a computer algorithm somehow took votes away from the president, although he provided no evidence to back up this claim.

"This was the worst election in American history!" he said. "This election was stolen in seven states! They picked states where they had crooked Democratic cities and they could push everybody around, and it has to be vindicated to save our republic!"