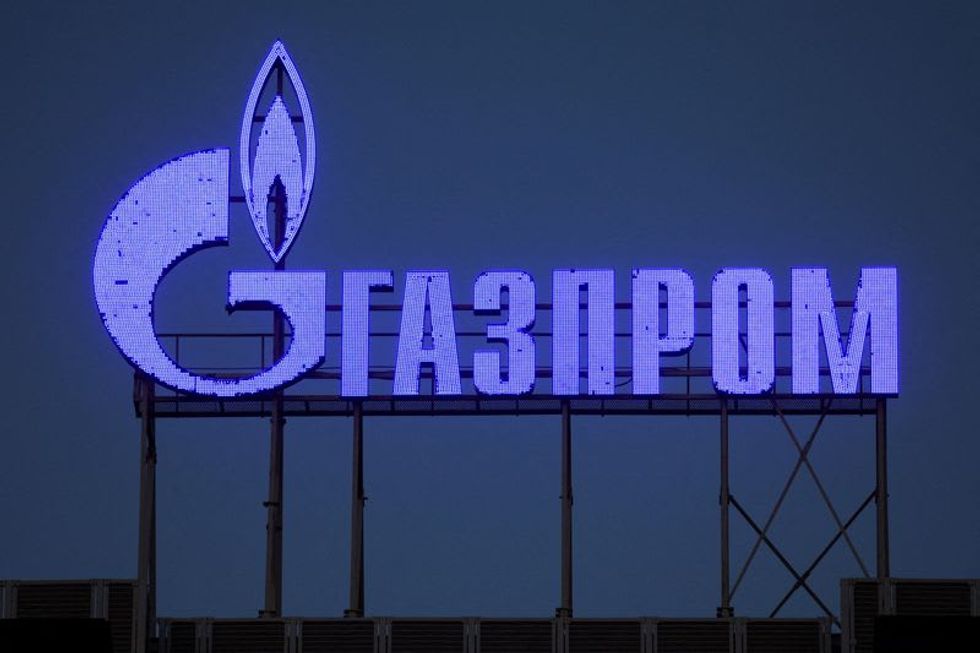 By Tsvetelia Tsolova and Anna Koper

SOFIA/WARSAW (Reuters) -Russian energy giant Gazprom on Wednesday halted gas supplies to Poland and Bulgaria for failing to pay for gas in roubles, the Kremlin's toughest response yet to the crippling sanctions imposed by the West for the invasion of Ukraine.

Poland and Bulgaria are the first countries to have their gas cut off by Europe's main supplier since the Feb. 24 invasion of Ukraine that has killed thousands of people, displaced millions more and raised fears of a broader conflict.

"Gazprom has completely suspended gas supplies to Bulgargaz (Bulgaria) and PGNiG (Poland) due to absence of payments in roubles," Gazprom said in a statement.

Warsaw and Sofia said the halt to supplies was a breach of contract by Gazprom, the world's biggest natural gas company.

Gazprom, which supplies around 40% of European gas, also warned that transit via Poland and Bulgaria - which host pipelines supplying Germany, Hungary and Serbia - would be cut if gas was siphoned off illegally.

Russian President Vladimir Putin's demand for rouble payments for gas is the centrepiece of Russia's response to the West's sanctions which include the freezing of hundreds of billions of dollars of Russian assets.

Putin casts the sanctions as an act of economic war but cutting off supplies to Poland and Bulgaria is one of Moscow's most significant steps in the gas market since the Soviets built gas pipelines to Europe from Siberia in the early 1970s.

Despite objections from the United States that Europe's biggest economies were making themselves too dependent on Soviet - and then Russian - gas, Moscow sought for five decades to cast itself as a reliable energy supplier for Germany's economy.

In the past 15 years, Russia and Ukraine have bickered over pricing resulting in disruptions to supply. In the winter of 2008/2009, Russian supply disruptions rippled across Europe. Moscow also cut off supplies to Kyiv in 2014 after Russia annexed Crimea.

The war in Ukraine has changed assumptions about Europe's post-Cold War relationship with Russia - including over oil and gas supplies.

Putin demanded that "unfriendly" countries agree to a scheme under which they would open accounts at Gazprombank and make payments for Russian gas imports in euros or dollars that would be converted into roubles. Most European companies had initially rejected the rouble payment scheme.

Only a few Russian gas buyers, such as Hungary and Germany's Uniper, the country's main importer of Russian gas, have said it would be possible to pay for future supplies under the scheme announced by Moscow without breaching European Union sanctions.

The Kremlin said on Tuesday Gazprom was implementing Putin's decree on enforcing payment for gas supplies in roubles.

"Payments for gas supplied from April 1 must be made in roubles using the new payments details, about which the counterparties were informed in a timely manner," Gazprom said.

In a sign that Gazprom's halt to supply could soon be expanded to other countries, one of the Kremlin's most loyal lawmakers lauded the move and said other unfriendly countries should be cut off too.

"The same should be done with regard to other countries that are unfriendly to us," said Vyacheslav Volodin, the speaker of Russia's lower house of parliament, the Duma.

Volodin said the leaders of the West would have to explain to their own citizens why their energy bills were soaring because of sanctions on Russia.

Poland, for centuries a rival of Moscow, has repeatedly said it will not pay for Russian gas in roubles and has planned not to extend its gas contract with Gazprom after it expires in the end of this year.

Warsaw has also said it had enough alternative sources of gas, including seaborne liquefied natural gas.

There are few immediate alternatives.

Poland's gas supply contract with Gazprom is for 10.2 billion cubic meters (bcm) per year, and covers about 50% of national consumption.

Bulgaria, where annual gas consumption is about 3 bcm, has sealed a deal to receive 1 bcm of Azeri gas but can only fully tap the contract after a new gas pipeline with Greece becomes operational later this year.

Bulgaria, heavily reliant on Russian gas, has also said it would not hold talks with Gazprom to renew its natural gas purchase deal, which also runs until the end of the year.

The Yamal-Europe pipeline across Poland supplies Russian gas to Germany, although it has mostly been working in a reverse mode this year, supplying gas eastward from Germany. Bulgaria is a transit country for gas supplies to Serbia and Hungary.

Bulgaria Energy Minister Alexander Nikolov said the country had paid for Russian gas deliveries for April and halting gas supplies would be a breach of its current contract with Gazprom.

"Because all trade and legal obligations are being observed, it is clear that at the moment the natural gas is being used more as a political and economic weapon in the current war," Nikolov said.

The benchmark Dutch front-month gas contract at the TTF hub jumped by more than 19% on the day on Wednesday morning to 117 euros per megawatt hour.