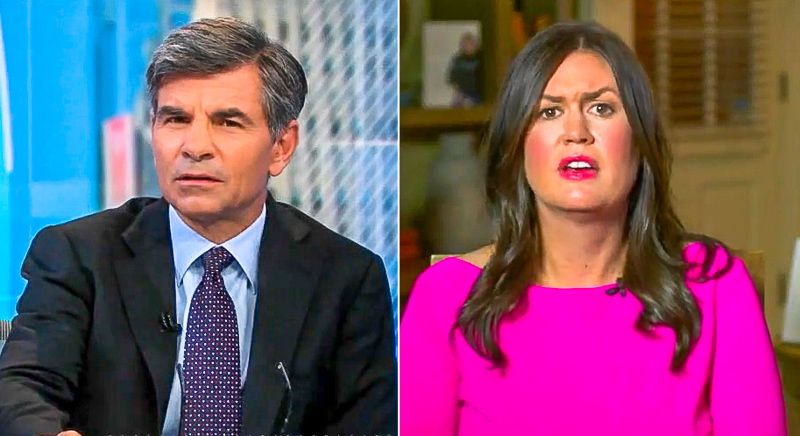 "Her morose, plodding style and Bartlebyesque refusals to grant reporters a single inch of ground poured cold water on news cycle after news cycle that might otherwise have ignited," wrote Egger. "The downside, of course, was that she lied a lot. But even here she distinguished herself from [predecessor Sean] Spicer, whose sweaty, frantic tall tales—that was the largest audience to ever witness an inauguration, period!—always invited heaps of instant ridicule. Deadpanning her way through boring, misleading briefing after boring, misleading briefing, Sarah Sanders managed to take most of the fun out of calling her out—as much of a victory as Trump could typically hope for, under the circumstances."

There were certainly some falsehoods so egregious that they did catch the media's attention. The time that she lied that "countless" FBI agents told her they had lost confidence in former Director James Comey, for example, which she herself admitted to former special counsel Robert Mueller was a lie. And her claim that CNN reporter Jim Acosta had attacked a White House intern, which was the pretext for revoking his press credentials and which she tried to back up with doctored video footage.

But these lies were the exception rather than the rule, said Egger. Most of her ignoble talent lay in her ability to simply deny things, over and over, relentlessly, until reporters just gave up. This has been the norm on everything from reporters asking her questions about the Mueller investigation, to the times the president has glorified the idea of violence against journalists.

"It wasn't any single heroic act of staggering duplicity that earned Sarah Sanders her paycheck at the White House," concluded Egger. "It was the mealy spaces between the highlights: the constant barrage of bald denials of plain fact, all delivered in a bored monotone that made them seem not outrageous, or even particularly notable, but simply tiresome. How will they manage to replace that?"