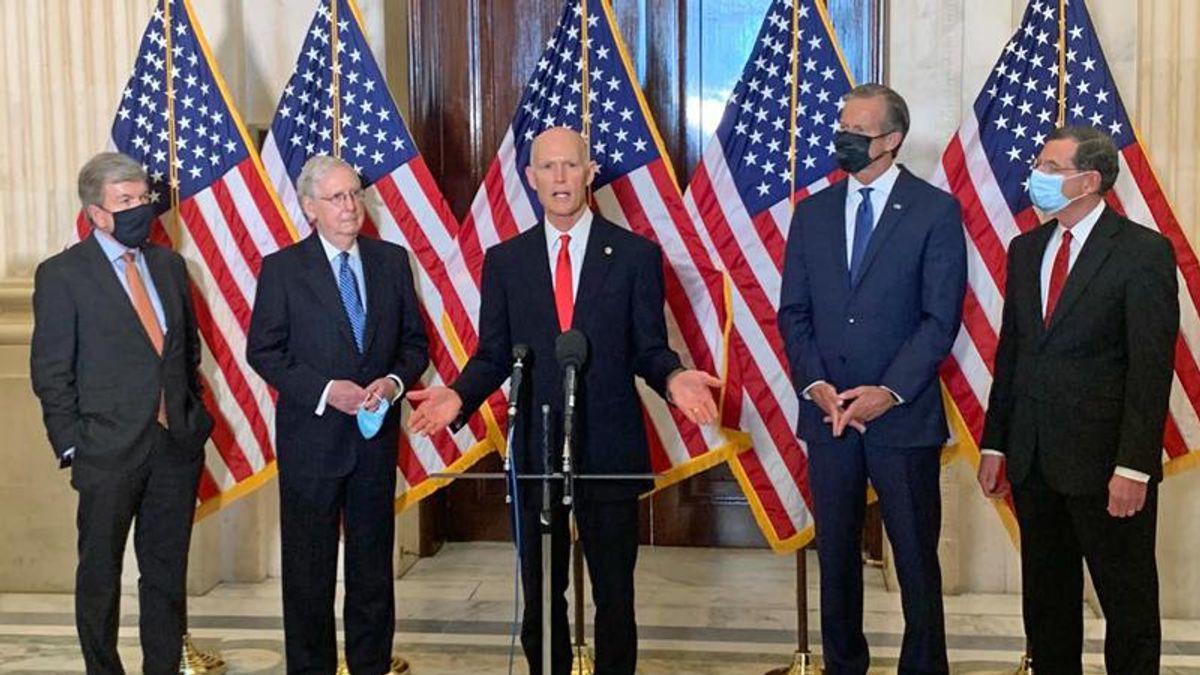 On Monday, Sen. Rick Scott (R-FL) issued a statement titled "Washington is Broken," suggesting that he's against the stimulus agreement that would include $600 in direct payments to Americans.

Scott, the chairman of the National Republican Senatorial Committee, said that while he's "glad" the package doesn't include state and local funding sought by Democrats, "vital programs are being attached to an omnibus spending bill that mortgages our children and grandchildren's futures," and that "I've repeatedly voted against enormous and wasteful spending bills."