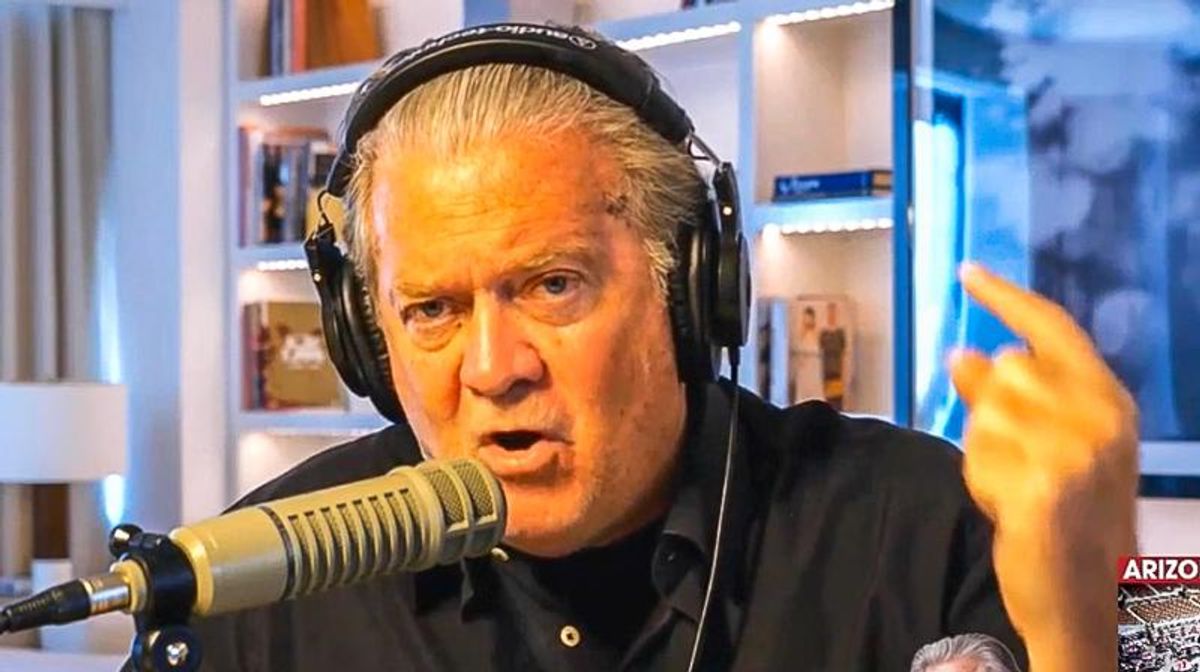 Conservative broadcaster Steve Bannon on Monday pushed for a "major effort" to "bring Joe Manchin into the Republican party."

During a rant on Real America's Voice, Bannon explained how Republicans can take over the Senate by enticing the West Virginia Democrat to switch parties.

Bannon made the remarks a day after Manchin told Fox News that he does not support reforming the filibuster to pass voting rights legislation.

"Take control," Bannon added before suggesting that three other Democratic senators would have their election overturned.