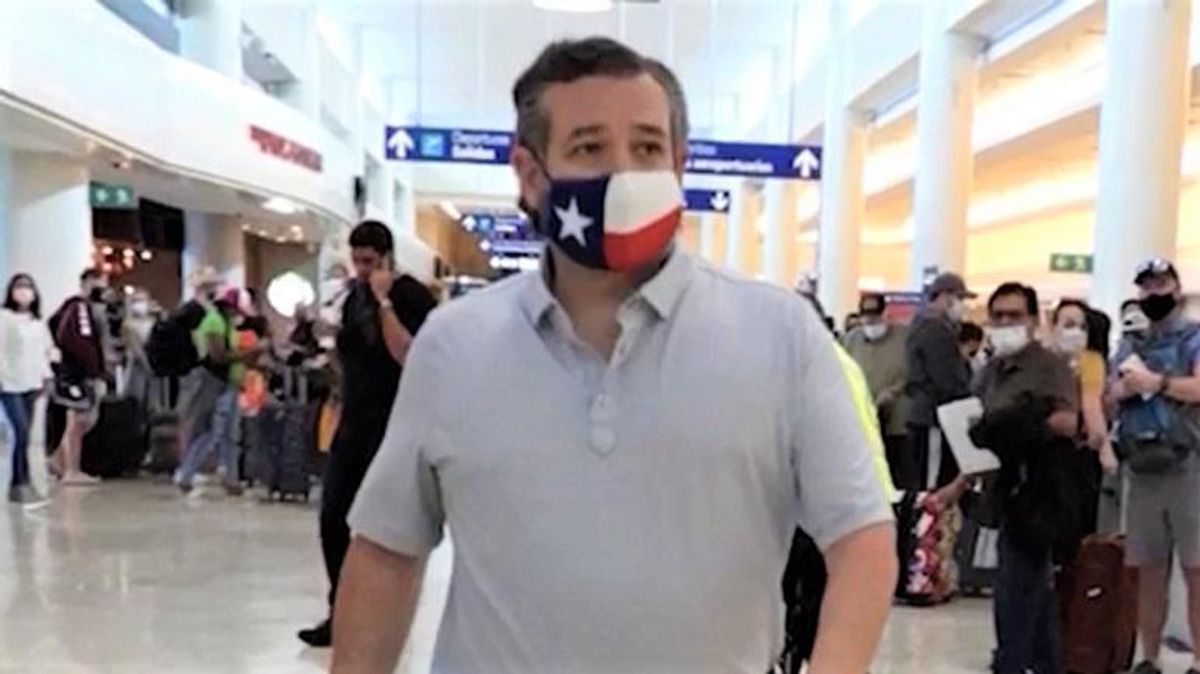 Republican Sen. Ted Cruz (R-TX) initially tried to lie that he was only "dropping off" his children in Mexico while his state was dealing with serious natural and utility disasters. He ultimately fessed up that he wasn't going to come back to the U.S. until Saturday.

Further information revealed that Cruz took his college roommate along for the weekend, Axios reported Sunday.

According to the report, David Panton, Cruz's longtime friend and former roommate at Princeton University and Harvard University Law, joined the family for their beach getaway.

A source explained that Cruz only invited Panton after they decided Tuesday that they were headed to Cancún.