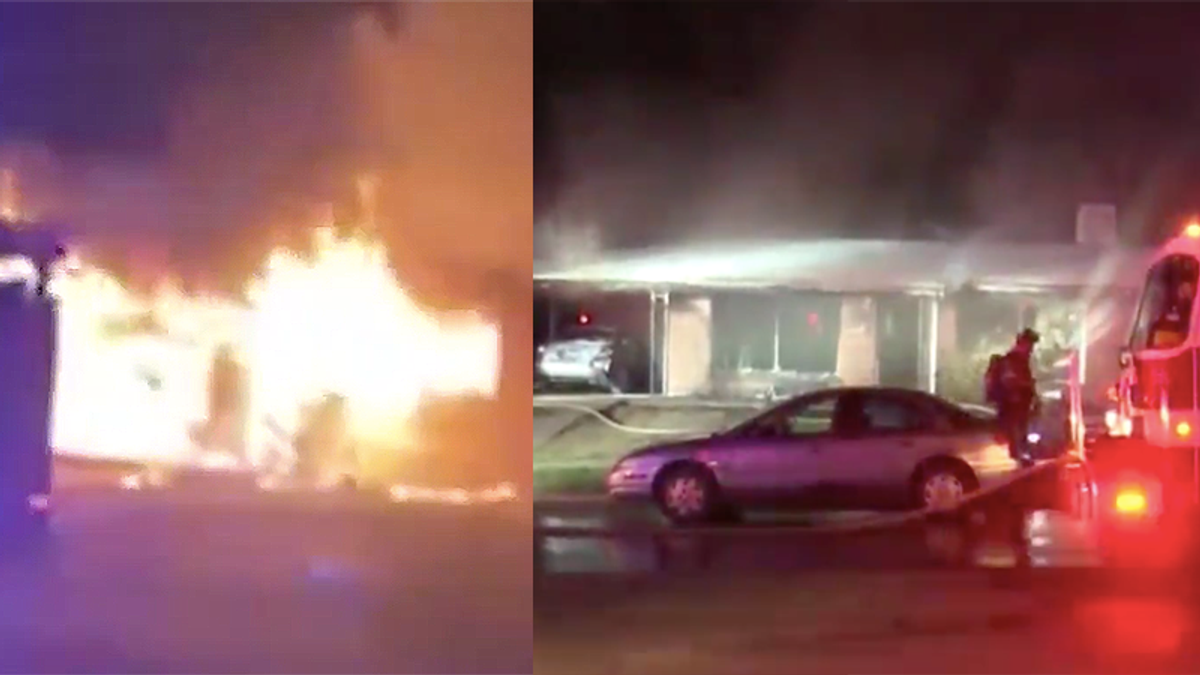 "An affidavit written by an EPPD detective says Mills allegedly admitted to setting the house on fire. And, in a recorded statement, claimed to have used gasoline from a weed eater to fuel the fire," said the report.

The gas was poured on a sofa in the living room and a cloth that was on fire was then put on the gas-soaked couch, police reports explain.

"Once the sofa caught on fire, he walked outside the house and waited to see if his mother or brother would go outside, but they didn't," the affidavit reads. "The defendant advised that he waited outside the residence with large rocks in his hands in the event that both his brother and mother had made it out the burning residence."

A neighbor told reporters that Mills was "troublesome."

"He was bad news. All he would do was sit out there and drink and smoke, and I noticed he was back to his old routine," the neighbor, Roger Torres, told KTSM.

"The affidavit claims Mills caused the fire because he was upset with his brother and mother because they did not follow the Bible," said the report. "The document states Mills intentionally broke a television in the living room, and threatened to burn the house down."

"He intentionally broke the television located in the living room because he needed to 'purge the home from 'evil," Mills allegedly told police. "The defendant stated that he left the residence and allowed his mother to be in a 'happy place' throughout the day and waited for both his mother and brother to go to bed, before starting the fire."

His mother, 82, is still alive but in the hospital in Lubbock with burns.

The neighbor expressed his own guilt for not calling the police on Mills before the fire. He said maybe they could have done something that would have stopped this fire from happening.

Mills was told by police that his brother died and his mother was injured.

"The defendant then laughed and advised the investigators that he was shocked that both his mother and brother did not perish and called it a 'failed attempt,'" the documents showed.

Read the full report at KTSM.com. See the video report below: