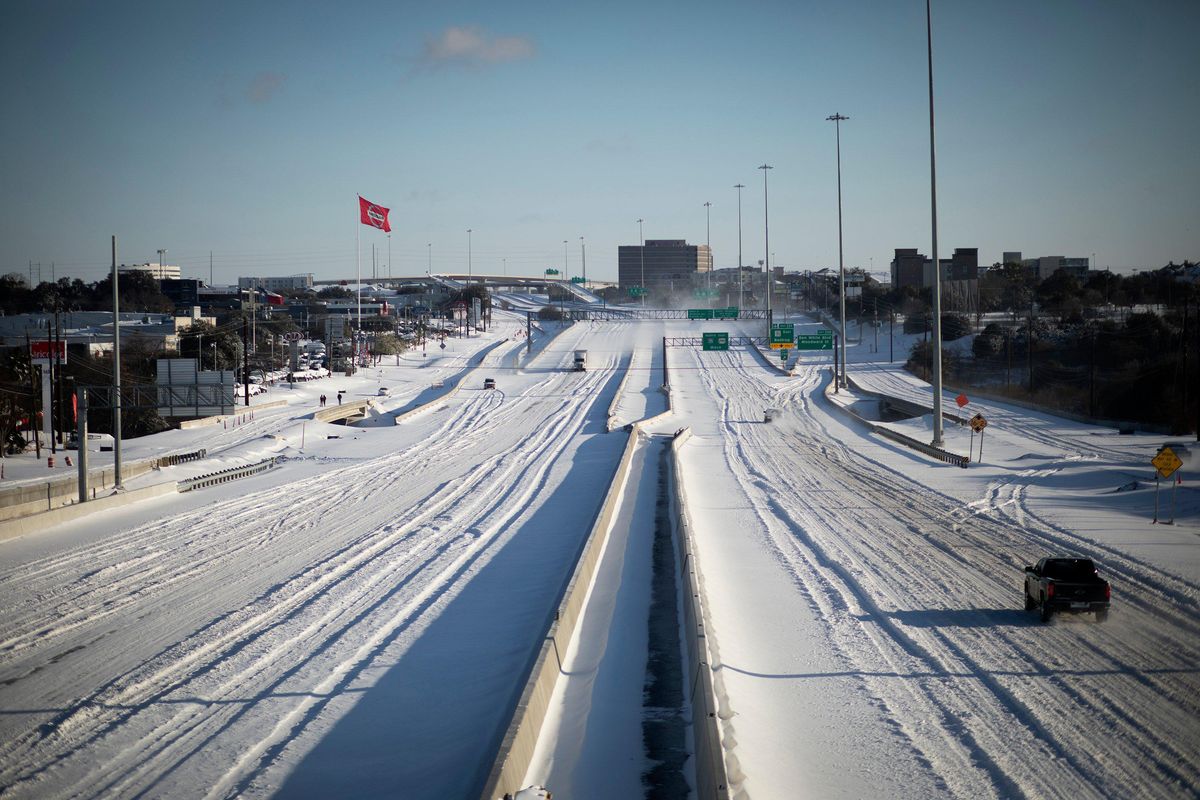 For at least three days millions across Texas have suffered with no power, snow, ice, and sub-freezing temperatures. Many are now without water, while others are under a boil water order. The number of homes without power has dropped from four million to 2.6 million, but no one is saying when power will be fully restored, and it appears Texas is relying on warming weather for the fix. FEMA, under the Biden administration, has already sent generators, diesel, water, and blankets to help.

Governor Greg Abbott is being highly-criticized for his handling of the crisis, with some noting he took the time to appear on Fox News rather than hold a press conference. His first press event was Wednesday afternoon, and in it he offered few answers and little information.

But at least Abbott stopped lying about the cause of the power outage. Abbott and many on Fox News tried to blame the massive blackout on the Green New Deal and green energy, which accounts for about 15 percent of Texas's energy. Abbott continues to blame the agency in charge of the power grid, but experts say the problem is that Texas has not spent the money to upgrade its systems. For example, its windmills aren't winterized, and its natural gas pipelines has frozen.

Experts are warning the crisis could become a mass casualty event.

Strangely, there is no statewide death tally, something most other states would be generating daily.

The numbers that are published are terrifying.

Harris County, which includes Houston has reported "more than 300 carbon monoxide poisoning cases." Those numbers appear to be from Monday, leading one physician to warn of a "mini mass casualty event."

“With that number of patients going in, it's turning into a mini mass casualty event," Dr. Samuel Prater, an emergency physician, told the Houston Chronicle.

A local Galveston newspaper, The Daily News, reported the "Medical Examiner's Office on Tuesday requested a refrigerated storage truck to help accommodate at least 20 bodies of people who had died over the past two days during brutally cold weather and a lingering power outage, county officials said."

Galveston County officials said there may be as many as 50 bodies to store. No cause of death or specific numbers have been reported.

Some TX death numbers. In Galveston, at least 20 so far @galvnews via @LyssaGraham. I'll repeat. Mass casualty events do not always begin with a bang. 20 dead here. 40 there. 60 tomorrow. We will only know in weeks to come to compare excess deaths from earlier years. But count. https://t.co/VRMR1UanWN
— Juliette Kayyem (@juliettekayyem) February 17, 2021

"The Houston Fire Department responded to more than 90 calls for carbon monoxide poisoning in a 24-hour period, Chief Samuel Peña said at a news conference on Tuesday afternoon," The New York Times reports.

“This is easily a situation that could overwhelm an emergency department," Dr. Salil Bhandari, an emergency medicine physician said. “That is incredible that nobody died. That is a mass casualty situation."

Despite the pandemic, no one is even mentioning that social distancing is likely an afterthought as many Texans gather just to stay warm enough to stay alive.

"Throughout this entire ordeal, Abbott has kept Texans completely in the dark about what he knew and what he did to prepare for this winter storm," they said.

“Abbott's lack of foresight and inability to manage this crisis is part of a repeated pattern. He didn't take action when Texans were displaced during Hurricane Harvey, he refused to plan appropriately for the coronavirus crisis, his handling of vaccine distribution has been abysmal, and now, in Texas' time of greatest need during this winter storm, his incompetence is once again on full display. This isn't partisan politics. This is a question of his basic ability to do the job he was elected to do. We've given Abbott chance after chance to prove that he can manage our state government and he's failed to answer the call every single damn time."

“On top of all of this, before even addressing Texans directly, Governor Abbott spent precious time spewing lies on right-wing television while again passing the blame off to somebody else. This is the classic Abbott playbook: lie and do whatever it takes to not take responsibility for your actions. Abbott is too busy already running for President to help Texans who are trapped in the cold and on the verge of hypothermia and death."

Bottom line: Texas is in crisis, Texans are hurting, and experts say, much of this was preventable had the state prepared.