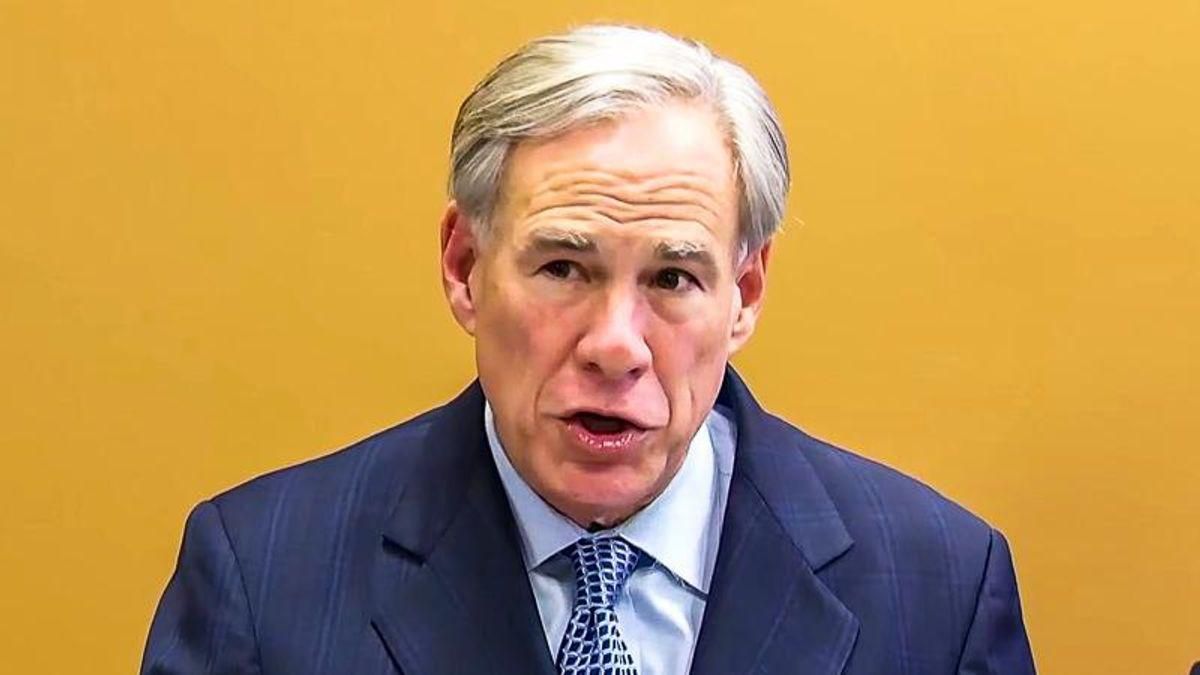 After reaching a deal less than a day earlier, overnight Sunday Texas state senators debated then passed along party lines a GOP voter suppression bill that was condemned by rights advocates and political figures across the United States—including President Joe Biden—and has sparked calls for Congress to urgently combat Republican attacks on democracy.

"Today, Texas legislators put forth a bill that joins Georgia and Florida in advancing a state law that attacks the sacred right to vote," Biden said Saturday. "It's part of an assault on democracy that we've seen far too often this year—and often disproportionately targeting Black and Brown Americans. It's wrong and un-American. In the 21st century, we should be making it easier, not harder, for every eligible voter to vote."

Sarah Labowitz, policy and advocacy director of the ACLU of Texas, also slammed the state GOP's Senate Bill 7 (pdf) in a statement Saturday, declaring that "S.B. 7 is a ruthless piece of legislation."

"It targets voters of color and voters with disabilities, in a state that's already the most difficult place to vote in the country. The defining message of the 2021 Texas Legislature is clear: Political leaders chose to punish their constituents instead of fixing the electrical grid or providing pandemic or blackout relief," said Labowitz, referencing power issues that impacted the state earlier this year.

"The bill, which was hashed out in a closed-door panel of lawmakers over the past week, was rushed to the State Senate floor late Saturday. In a legislative power play orchestrated by Republican lawmakers and Lt. Gov. Dan Patrick, the Senate moved to suspend rules that required a bill to be public for 24 hours before a final vote," the New York Times reported. "The Texas House did not move to suspend the rules, and is likely to vote on the bill on Sunday."

The Republican-controlled Texas Legislature is set to adjourn on Monday. The Washington Post noted that GOP Gov. Greg Abbott "threatened lawmakers with a special session if they did not pass a voting" and is expected to sign S.B. 7. Abbott is a potential 2024 presidential candidate and a major supporter of former President Trump—who, despite his definitive loss, claimed repeatedly that the 2020 election was "stolen" from him, which a majority of recently polled Republicans still believe.

Critics have called S.B. 7 a clear effort to limit electoral participation in the largely Democratic Harris County because it would outlaw drive-thru and 24-hour voting, which nearly 140,000 county voters used in the 2020 election. Other provisions include barring election officials from sending absentee ballots to all voters, implementing new identification requirements for Texans who request mail ballots, allowing partisan poll watchers additional access, and imposing harsher punishments on election officials who violate state rules.

According to the Post, "In a last-minute addition, language was inserted in the bill making it easier to overturn an election, no longer requiring evidence that fraud actually altered an outcome of a race—but rather only that enough ballots were illegally cast that could have made a difference."

Journalist and voting rights expert Ari Berman said in response to the addition, "This is insane."

"The choice to push this legislation forward in the dark, despite overwhelming opposition from the people of Texas, is about the politicians in power doing everything they can to manipulate the outcome of future elections to keep themselves in power," he continued.

"It is fitting that the final push to get anti-voter Senate Bill 7 to the governor's desk would take place behind closed doors, hidden from public scrutiny," said Bonner. "This bill does nothing to improve the security of our elections—it only makes our democracy weaker by limiting access for young, disabled, Black, and Brown Texans."

#SB7 is an attempt to suppress the diverse, rising electorate rather than making voting easier and more accessible.… https://t.co/NPqNlJQfvq
— All On The Line TX (@All On The Line TX) 1622307469.0

Gutierrez asserted that "the intent of this bill is now and has always been to make it harder for certain Texans to vote or simply discourage others from even trying to take part in our democracy. Nowhere is that made more clear than in this version that cruelly removes an amendment that would have simply made it easier for high schools to register students. There is literally no reason to do that other than the politicians in power being afraid of too many young people voting."

"New voting procedures implemented by innovative county officials like drive-thru voting and after-hours voting were a resounding success and deserve to be celebrated," he added. "Instead, supporters of S.B. 7 decided to end those practices simply because they enabled more people to make their voices heard in our elections."

The NAACP Legal Defense and Educational Fund on Saturday sent a letter (pdf) to Texas legislators urging them to vote down the final version of S.B. 7, writing that the bill "includes out-of-bound amendments and was surrounded by procedural irregularities," and "may evince the Legislature's intent to discriminate against Black voters, in violation of the U.S. Constitution and federal law."

The developments in Texas fueled fresh calls for the U.S. Senate to pass the For the People Act, a sweeping House-approved election reform package that voting rights advocates say would thwart many of the hundreds of state bills that Republicans across the country have introduced—and, in some cases, enacted—this year.

"I call again on Congress to pass the For the People Act and the John Lewis Voting Rights Advancement Act," said Biden. "And I continue to call on all Americans, of every party and persuasion, to stand up for our democracy and protect the right to vote and the integrity of our elections."

Thank you President Biden for supporting the fight for voting rights in Texas. As you said, “we should be making… https://t.co/6ngeoykQAz
— Beto O'Rourke (@Beto O'Rourke) 1622314582.0

Former Democratic Congressman Beto O'Rourke—who battled Biden in the 2020 presidential primary and is reportedly considering a run to serve as the Lone Star State's governor—tweeted Saturday that "Texas lawmakers would dismantle our democracy in order to keep themselves in power. We're doing all we can to stop this bill from becoming law. But we can't do it alone. We need help. The U.S. Senate must pass the For the People Act."

Senate Majority Leader Chuck Schumer (D-N.Y.) on Friday committed to forcing a vote on the For the People Act next month. In a letter to the Democratic caucus, he said the bill is "essential to defending our democracy, reducing the influence of dark money and powerful special interests, and stopping the wave of Republican voter suppression happening in the states across the country in service of President Trump's Big Lie."