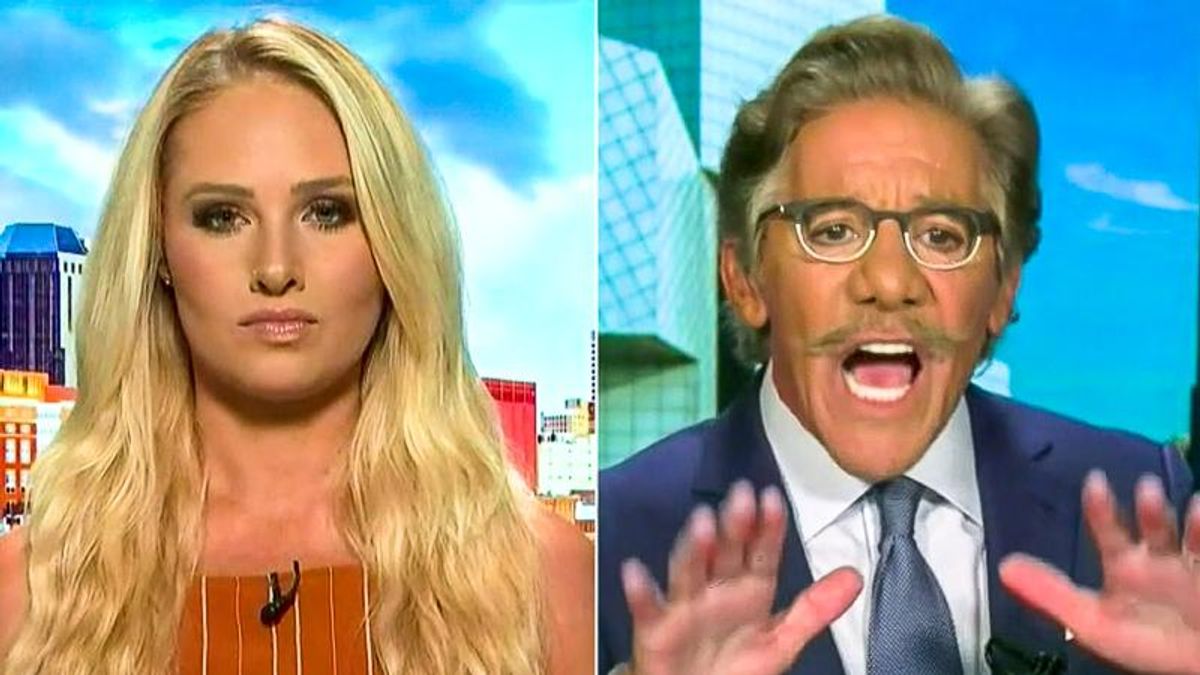 During a Fox News segment that was focused on criticizing Rep. Maxine Waters (D-CA), Lahren veered off topic to give her opinion on the Derek Chauvin trial.

"I also believe we should go back to an issue at the core of what's happening in our country right now," Lahren said. "And that is the issue of compliance and non-compliance. Now the left wants to make everything with regards to officer involved shootings about race. It's not about race, it's about compliance."

"At the end of the day, these are tragic situations and no one wants to see them happening, including those that are members of law enforcement," she continued. "But we have to go back to the root of this issue. If these suspects, if these victims had complied with the police officers, they would be alive to go home to their families at night and so would those officers."

Fox News host Martha MacCallum prompted Rivera to return to her intended subject but he insisted on addressing Lahren first.

"If I can start answering Tomi's point about compliance," Rivera began, "I agree people should listen to cops when cops give them an order. But at what point does that compliance take a backseat to a man putting his knee on a handcuffed man's prostrate body for nine and a half minutes?"

"That is so outrageous that it would spill the passion of anyone!" he exclaimed before pivoting to criticize Waters.