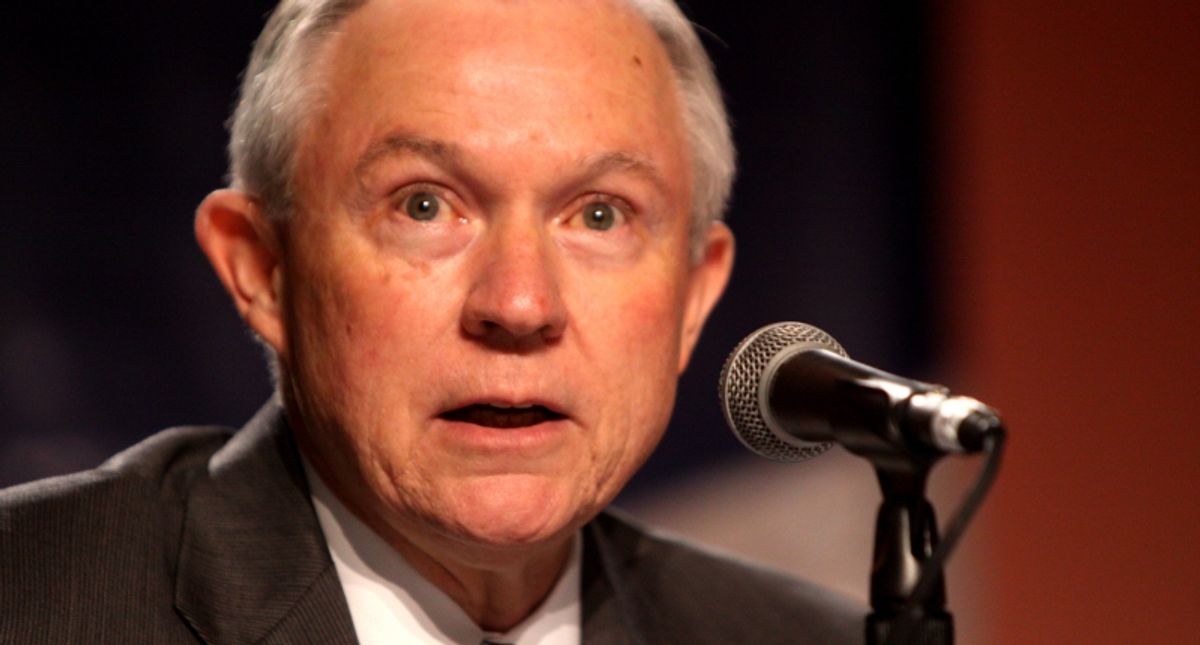 There's a new bombshell report on the actions by the Justice Department under Donald Trump.

"The Trump Justice Department secretly obtained Washington Post journalists' phone records and tried to obtain their email records over reporting they did in the early months of the Trump administration on Russia's role in the 2016 election, according to government letters and officials," Devlin Barrett reported on Friday for The Washington Post. "In three separate letters dated May 3 and addressed to Post reporters Ellen Nakashima and Greg Miller, and former Post reporter Adam Entous, the Justice Department wrote they were 'hereby notified that pursuant to legal process the United States Department of Justice received toll records associated with the following telephone numbers for the period from April 15, 2017 to July 31, 2017.' The letters listed work, home or cellphone numbers covering that three-and-a-half-month period."

Jeff Sessions was attorney general during the time period the DOJ was investigating.

We are deeply troubled by this use of government power to seek access to the communications of journalists. The Department of Justice should immediately make clear its reasons for this intrusion into the activities of reporters doing their jobs, an activity protected under the First Amendment," he said.