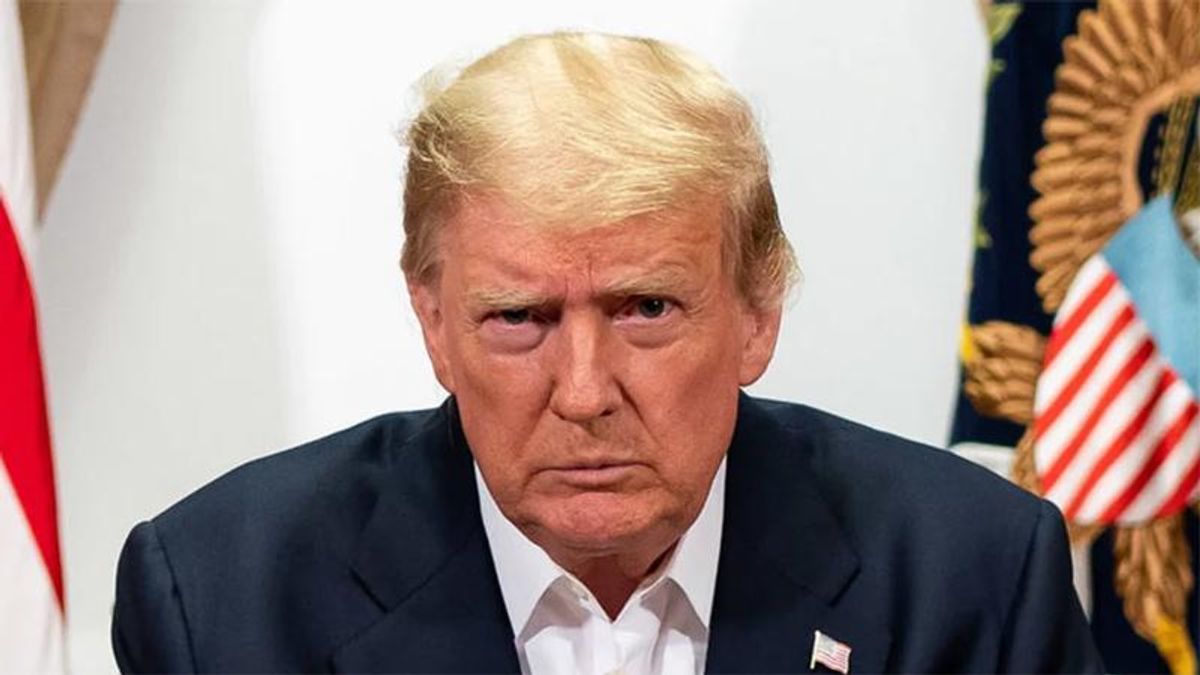 "She represents her state badly and her country even worse. I do not know where other people will be next year, but I know where I will be -- in Alaska campaigning against a disloyal and very bad Senator."

Murkowski was one of seven GOP senators who voted to convict Trump in his second impeachment trial last month. The Washington Post has reported that Murkowski "is higher on [Trump's] list of enemies than other senators and lawmakers."

"Some people in his circle doubt, though, that he will be as much of a potent force in the race because traveling to campaign against her would require such a long flight, which Trump generally avoids," The Washington Post added.

Many commentators also expressed doubt that the GOP senator had any reason to fear Trump.

"This is a dumb place for Trump to show his strength," tweeted Mediaite columnist John Ziegler.

So who is Trump going to support against her?! Obviously Sarah Palin makes the most “sense,” but Murkowski might b… https://t.co/tqGVHZco3n
— John Ziegler (@John Ziegler)1615086470.0

Who knows what Trump will do or who he will back, but Alaska's new top-four, ranked choice voting system insulates… https://t.co/vi69V7RBm9
— Jacob Rubashkin (@Jacob Rubashkin) 1615066650.0

See some more reactions to Trump's statement below:

Considering @lisamurkowski is the only Senator in recent memory not named Strom Thurmond to win via write-in after… https://t.co/9RPwKVCWTa
— Andrew Feinberg (@Andrew Feinberg)1615093525.0

This seems like categorically the stupidest possible move, given the current balance of power? Murkowski lost her… https://t.co/zoiwIth3yp
— Mari Brighe (@Mari Brighe)1615075598.0

In the weirdness that is Alaskan politics this will help make sure that Murkowski wins again. As many Alaskan Democ… https://t.co/t22oOiUqgT
— Zach D Roberts (@Zach D Roberts)1615073307.0