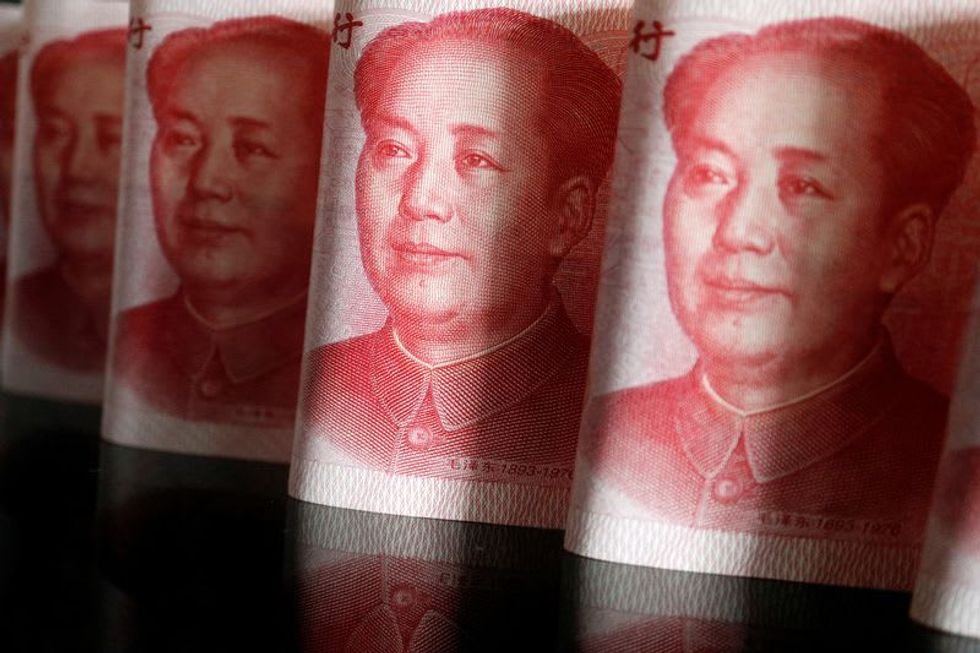 Yellen's counselor Brent Neiman criticized China's "unconventional" debt practices and its failure to move forward with debt relief at an event at the Peterson Institute for International Economics.

"China’s enormous scale as a lender means its participation is essential," Neiman said in the speech, first reported by Reuters, citing estimates that China has $500 billion to $1 trillion in outstanding official loans, mainly to low and middle-income countries.

Many of those countries are facing debt distress after borrowing heavily to combat COVID-19 and its economic fallout. Now Russia's war in Ukraine has caused food and energy prices to soar, while rising interest rates in advanced economies have triggered the biggest net capital outflows from emerging markets since the global financial crisis, Neiman said.

He said a systemic debt crisis had not materialized, but economic stresses and domestic vulnerabilities were increasing and could grow worse.

China had a unique responsibility on debt issues since it is the world’s largest bilateral creditor, with claims surpassing those of the World Bank, International Monetary Fund and all Paris Club official creditors combined, Neiman said.

Neiman's critique of China's debt practices marks the latest salvo by Western officials and the leaders of the World Bank and International Monetary Fund, who have grown weary of delays and broken promises by China and private lenders.

As many as 44 countries each owed debt equivalent to more than 10% of their gross domestic product to Chinese lenders, but Beijing has consistently failed to write down debts when countries needed help, Neiman said.

Instead, China has opted to lengthen maturities or grace periods, and in some cases, such as that of Congo in 2018, even wound up increasing the net value of its loans.

Neiman said China's lack of transparency and its frequent use of nondisclosure agreements complicated coordinated debt restructuring efforts, and meant liabilities to China were "systematically excluded" from multilateral surveillance.

Beijing signed up to the Common Framework for debt treatments agreed by the Group of 20 major economies and the Paris Club in late 2020, but it had delayed formation of creditor committees for Chad and Ethiopia, two of the three countries that had sought help under the framework.

In July, it said it and other official creditors would provide debt treatments for the third, Zambia, but the delays had prolonged uncertainty, and could discourage other countries from requesting help, Neiman said.

He said he hoped that Zambia's creditors could complete a memorandum of understanding by the end of the year.

All three cases should be resolved quickly, he said, adding that some middle-income countries like Sri Lanka also needed urgent debt restructuring.

Neiman warned that IMF financing should not be used by countries to repay select creditors, and called for more transparent reporting and tracking of financing assurances.

He noted that China had engaged in "unconventional" practices that had allowed the IMF to move forward without obtaining standard financing assurances.

He cited China's past actions on Ecuador's debt in 2020 and its refusal to restructure its debt service for Argentina, even though Paris Club creditors were likely to do so.

"In many of these cases, China is not the only creditor holding back quick and effective implementation of the typical (debt restructuring) playbook. But across the international lending landscape, China’s lack of participation in coordinated debt relief is the most common and the most consequential."

‘We continue our revolution’: Iran protesters dismiss claims that morality police were ‘disbanded’

Iranian anti-regime protests that erupted in September after the death of Mahsa Amini in the custody of the “morality police” have continued despite widely reported remarks by an official suggesting that the controversial security unit has been disbanded. Our Observers in Iran say that the current unrest goes far beyond the morality police and strict Islamic dress code laws, underlining the fact that no rules have changed.

Iran's Attorney General Mohammad Jafar Montazeri was quoted saying that Iran’s morality police "have been disbanded by the same authorities who installed them", at a religious conference on December 3, local media reported. But many argue that his remarks were taken out of context or overblown.