This one time, I think I can beat Jonathan Wilson in an argument about football.

Yeah yeah, it's been like 10 months since I've written anything longer than 140 characters. DON'T CARE. I'm coming out of my cocoon because I'm dying to fisk the latest SI piece by Jonathan Wilson in which he argues for the value of "pragmatism" in football:

The Real State of the Union

I've been angry for days about what we won't hear from the President tonight. Together, Talib Kweli and Thom Yorke say everything he won't:

Say what you will about Jaime Carragher's fading skills; I certainly have. But at least when Steven Gerrard's unable to play, Carragher steps into the captaincy with confidence. He'll bark orders and boss his team like a captain should, which is why a lot of people ticket him for a future as a manager. Even if Carragher were out, Mascherano (while he's still at Liverpool) would gladly assume the armband. And if not Mascherano, then Reina. Or even Kuyt.

Liverpool's run of back luck continued on Sunday. One of the world's best keepers clutched and stabbed at the ball but only succeeded in deflecting it back into his own goal. In the 90th minute. After his side had fought valiantly down to 10 -- and sometimes 9 -- men. Throughout the game, Reina had been a steady presence, deflecting the few shots Arsenal managed to put on target with authority. At the other end, Almunia was busy flopping and flapping at corners and generally looking like the kind of mess you'd expect from a player everyone wants to see replaced. Even his coach. If you asked all soccer fans to place the odds of an Almunia own-goal against one from Reina, I doubt even the most ardent Gooner would've plopped a single dollar/pound/euro against Pepe. But here we are.

The rebirth of Manchester United?

The Community Shield was a lot more fun this year than last -- higher-scoring, more wide open, and featuring the nifty moves of Javier Hernandez, Man U's newest weapon up front.

As a Liverpool fan who came to the game under Rafa Benitez, I'm waaay too familiar with the 4-2-3-1 formation so commonly used at this year's World Cup. It still pays dividends at the international level, where defenses aren't quite as familiar with each other or their opponents, but it feels like its time has passed at the club level. 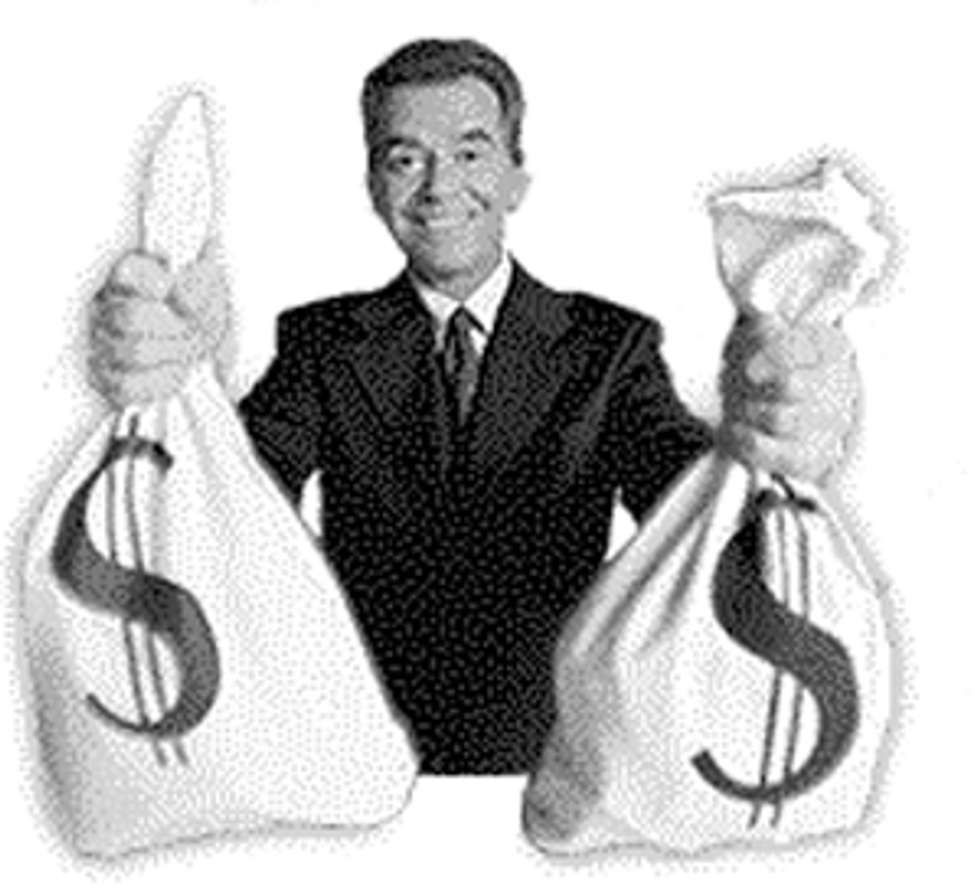 Hey all! Site's a bit wonky, I know. Will be resolved ASAP, promise. Thanks for bearing* with us!

Ask the Patriarchy: LeBron and the Laws of Bromance

The Patriarchy is back! (Not that he ever really went anywhere, I suppose, except to the bank a few times.)

The Fabregas Dilemma I: Cesc's Choice

Will he or won't he? The question's plagued Arsenal fans for the last two years. Sometimes, he seems a lock to stay in London. Others, a lock to return to Barcelona. If you find this all a bit taxing, imagine how Cesc Fabregas feels. 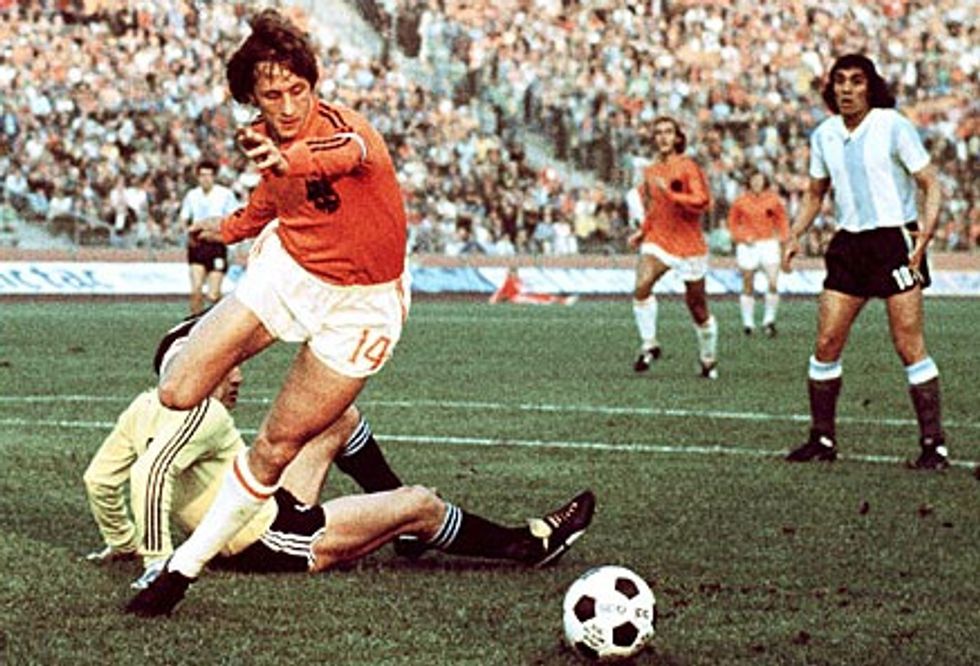 You do it with the dance, not the kick! 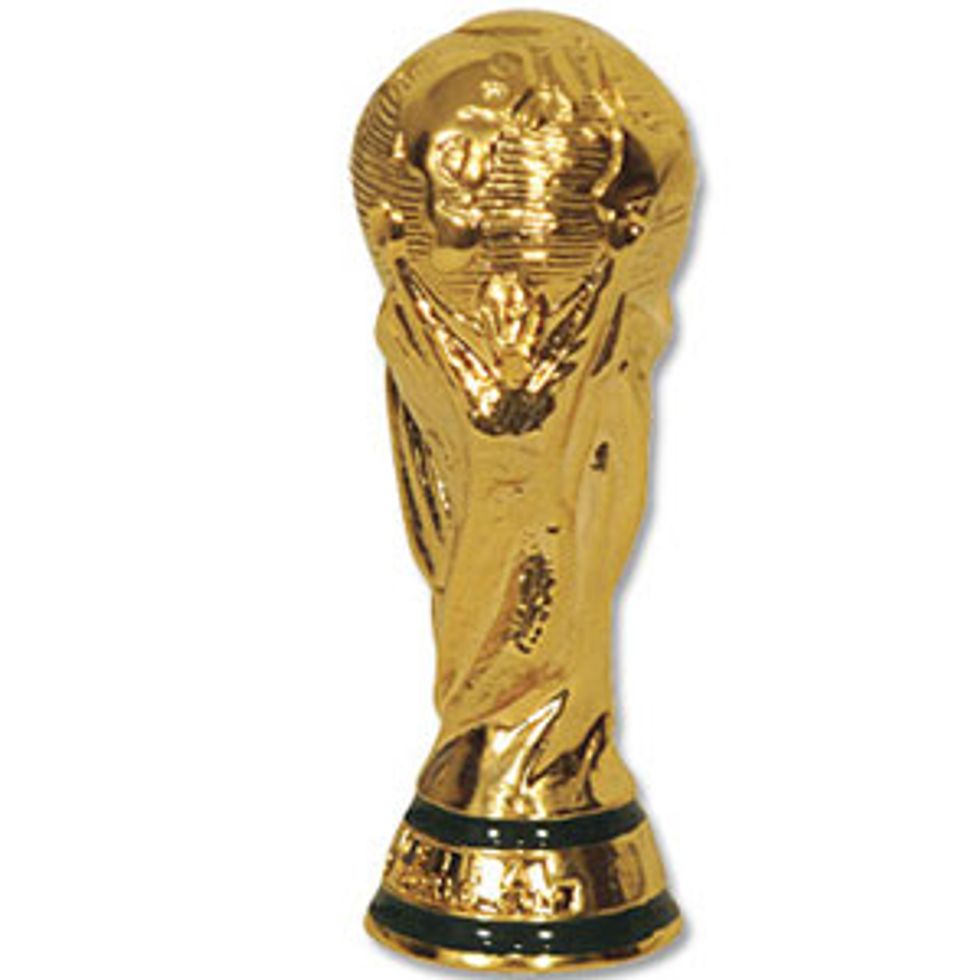 8 goals in 7 games net Spain the World Cup. Despite the paltry scoring, they're deserving champions -- I'm not sure we've ever seen a midfield dominate possession so completely and effortlessly in every game. They sent teams chasing after the ball until an opening presented itself, usually late, and they could punch home a goal.

Boy, Thursday came and went, dinnit? I blame my staycation, which has sapped my Kuyt-esque work ethic and left me a Diet-Coked-up FIFA 10 addict. But enough about me, let's get back to the insights of Liverpool's least hated American associate, nate!

Not with a whimper, but with one bigass KABOOM. That's how Uruguay went out. After falling behind 3-1 and pulling Diego Forlan with a few minutes to go, everyone on all sides seemed content to accept the outcome. Then Holland fell asleep on defense and Maxi Pereira banged home a goal a minute into extra time. Suddenly, an all-out three-minute assault on the Dutch penalty box was underway. Multiple times the ball fell to the feet of Uruguayan players, but none of them really managed to pull the trigger; in the end, it was a frenzied finish that changed nothing and left the Dutch 3-2 winners.