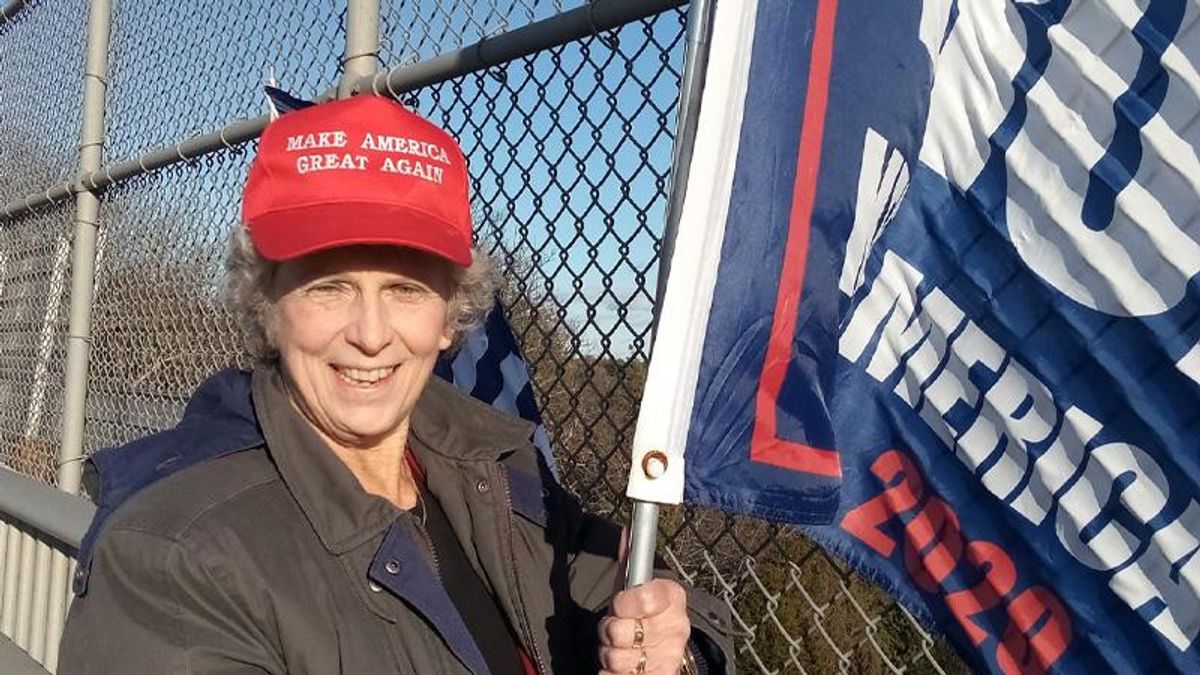 On Tuesday, the Cape Cod Times reported that Linda Zuern, a former member of the Bourne, Massachusetts Board of Selectmen and a Trump-supporting figure in the local Republican Party, had died of COVID-19.

Zuern died at Brigham and Women's Hospital in Boston of severe complications caused by COVID-19, according to the report. She was 70 years old and had not been vaccinated.

"She was a strong woman who believed in speaking the truth and defending our freedoms in America," Republican State Committeewoman Deborah Dugan told the Cape Cod Times. Dugan was at Zuern's bedside when she died. "I would describe her to people as a little woman but a mighty warrior."

For months, Zuern, a member of the pro-Trump group the United Cape Patriots, had promoted conspiracy theories about the pandemic on Facebook. She has shared articles accusing the World Health Organization of a coverup of the "Wuhan Virus" and claiming COVID-19 is cover for "globalists" to usher in "U.N. Agenda 2030" — a sustainable development initiative right-wing conspiracy theorists assert is a plot to create a one world government.

Zuern also expressed support for the QAnon conspiracy theory, posting their creed of "WWG1WGA" (Where We Go One, We Go All).

Zuern promoted the use of hydroxychloroquine as a treatment of COVID-19 during a Barnstable County Assembly of Delegates meeting in December and questioned whether officials "had looked into preventative measures that people could use besides a vaccine to help build up their immune system," the Cape Cod Times reported.

Peter Meier, chair of the Board of Selectmen, said Zuern cared deeply about others. "She definitely left her mark on the community," he added.

According to the report, Zuern and her mother contracted COVID-19 while returning home from a trip to South Dakota — a state where Republican-motivated policies have let the virus propagate with little control.