Wages rise in US as companies scramble for staff 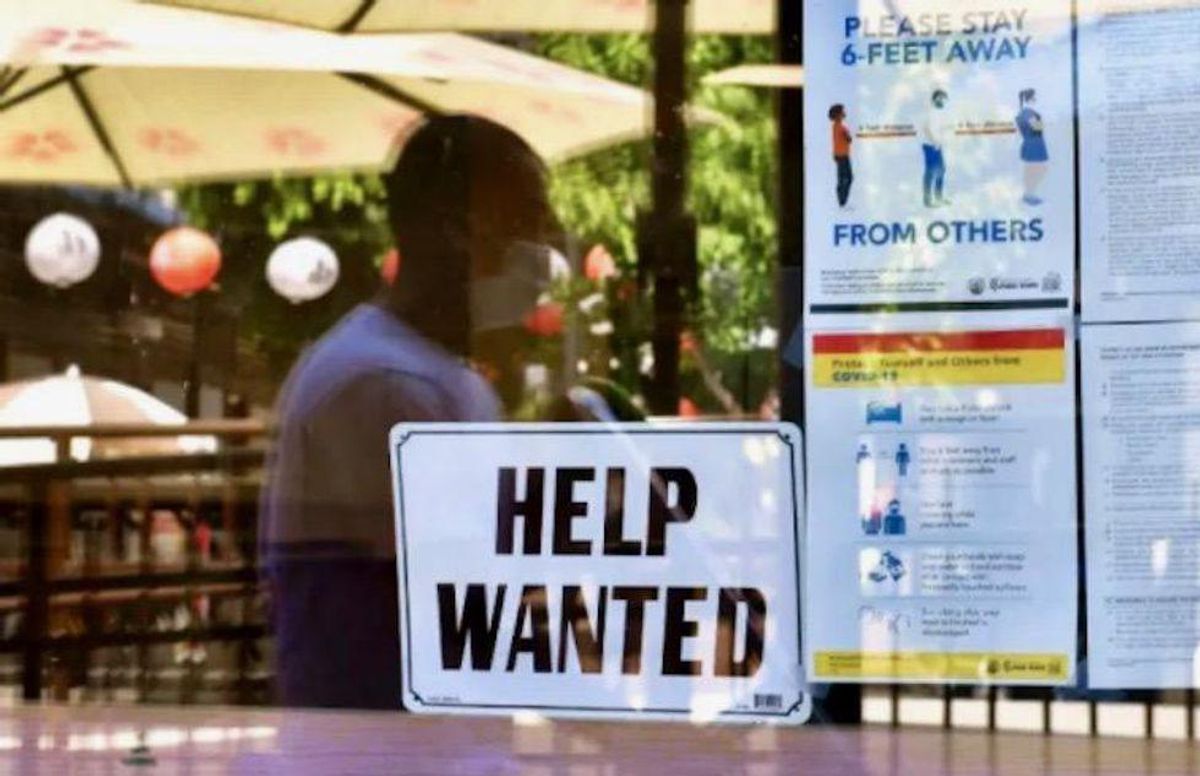 An acute labor crunch amid the coronavirus pandemic is boosting US wages, with many large chains now paying $15 an hour, a minimum level long sought by Democrats and labor activists.

The disruption of Covid-19 has led to record job openings, but also millions of unemployed workers, some of whom dropped out of the labor force to stay home to take care of children.

But some workers have used the pandemic to retire or try to change careers.

Economists say that so far, the wage bump has not resulted in troubling inflation.

"For the first time since the late 1990s, low-wage workers have a little more leverage to demand higher pay," said David Cooper, an economist at the Economic Policy Institute, a progressive Washington think tank.

Facing a sudden jump in business as the US economy reopened, restaurants, retailers and other employers have struggled to fill open positions, and have boosted pay, and even offered signing bonuses or other perks to new workers.

Last week, pharmacy chain CVS became the latest big chain to announce plans to lift its minimum wage to $15 an hour, joining a group that already includes Target, Chipotle and Amazon, among others. The new policy will take effect at CVS in July 2022.

Walmart, the biggest private US employer, in late July announced it was dropping the $1-a-day fee for its employee education program. The initiative supplements wages at the giant retailer, which pays less than its much smaller rival Costco.

The announcements comes as President Joe Biden's effort to win a significant boost to the federal minimum wage remains stalled in Congress.

Upon taking office, Biden sought to more than double the wage to $15 an hour from $7.25 where it has been for the last 12 years.

"What the Democrats could not accomplish, businesses are delivering to them because of pandemic effects," Rubeela Farooqi, chief US economist at High Frequency Economics, told AFP.

"There was so much opposition to a $15 minimum wage but companies have no choice right now but to pay up to attract/retain workers."

The competition for workers means average pay for supermarket and restaurant workers has now topped $15, according to an article in The Washington Post.

"Overall nearly 80 percent of US workers now earn at least $15 an hour, up from 60 percent in 2014," the newspaper said, while adding that a $15 average wage is different from a minimum wage and many workers still earn less.

The trend of rising wage pressure is expected to continue for some time. Companies surveyed by Willis Towers Watson expect to lift wages three percent in 2022, up from 2.7 percent this year.

But experts do not believe the trend to necessarily endure beyond the pandemic.

"The structures of the US economy that have suppressed wage growth ... for decades haven't changed," Cooper said. "We should be careful not to conclude that this will be a long-term permanent change."

Gregory Daco, chief US economist at Oxford Economics, said many of the companies boosting wages should also see a benefit.

"It's the people with the lowest salaries who are getting a raise and that usually means more of it goes to consumption," Daco said. "Whatever more the companies are giving to workers, they're likely to make up in higher sales."

"We do not expect a wage spiral that will feed into inflation," Farooqi said. "Wages are not likely to keep accelerating if businesses can find workers easily."

The next major update on inflation will come Wednesday with the consumer price index for July, which is expected to rise 0.5 percent after surging 0.9 percent in June.

Hourly wages rose 0.4 percent in July compared with June and 4.7 percent over the year-ago period, according to the Labor Department.