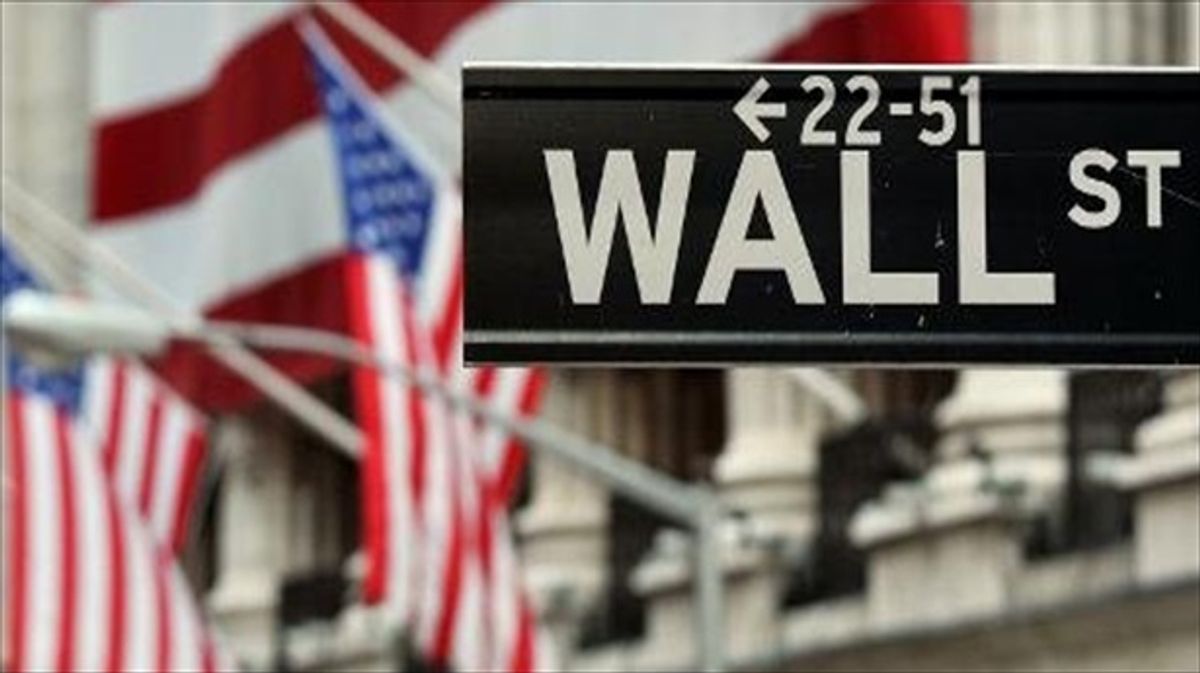 The Wall Street sign near-the front of the New York Stock Exchange AFP
As part of Wall Street's "relentless push to influence decision-making" in Washington, D.C., the powerful financial sector spent a record $2.9 billion on campaign donations and lobbying in the 2020 election cycle, a new report shows, with Democrats including President Joe Biden accepting millions of dollars.
According to Americans for Financial Reform (AFR), which published the study Thursday, the historic sum was spent by Wall Street executives, employees, and trade groups, and included campaign contributions as well as lobbying expenses.

"Thus, total Wall Street spending [accounts] for, at a minimum—because it is impossible to track dark money from the industry—one in seven dollars that financed the 2020 federal elections, the most expensive ever," AFR reported.

The financial sector spent the most money ever on political elections last year since 2016, when Wall Street poured $2 billion into campaigns and lobbying efforts. AFR executive director Lisa Donner noted that Wall Street is likely to continue breaking records in the coming years.

"The enormous sums that Wall Street has at its disposal, combined with a broken campaign finance system, means there is little practical limit to the amount of money the financial services industry can inject into American debate on politics and policy," Donner said in a statement.

The majority of the campaign contributions from Wall Street went to Democratic candidates, with Democrats taking 53% of the donations. More than $74 million was given to Biden's campaign.

Newly elected Democratic Sens. Mark Kelly of Arizona and Jon Ossoff and Raphael Warnock of Georgia were among the senators who received a combined $300 million from Wall Street executives and employees.

"Year in and year out, this torrent of money gives Wall Street an outsized role in how we are governed, while driving and protecting policies that help this industry's super wealthy amass even greater fortunes at the expense of the rest of us," said Donner.