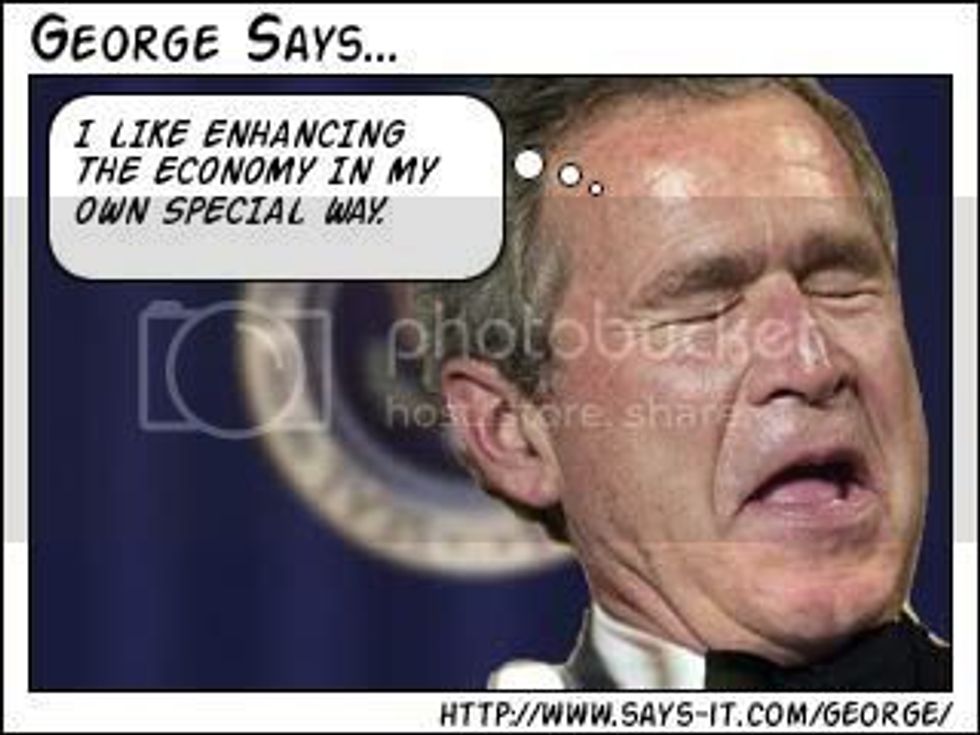 Sometimes the jokes just tell themselves -- who knew that those checks were destined to become a dose of economic Viagra. According to the Adult Internet Market Research Company, business has been "enhanced" significantly.

According to Kirk Mishkin, Head Research Consultant for AIMRCo, "Many of the sites we surveyed have reported 20-30% growth in membership rates since mid-May when the checks were first sent out, and typically the summer is a slow period for this market."

Jillian Fox, spokeswoman for LSGmodels.com, one of the sites reporting figures to AIMRCo, added, "In a June 15, 2008 survey to our members, thirty two percent of respondents referenced the recent stimulus package as part of their decision to either become a new member, or renew an existing membership."

Do you think any of our fundamentalist friends re-upped their memberships so they could continue their "research"? Think Progress:

State Rep. Matt Schaffer, a Republican from Tyler Texas went on television to tell people upset over the GOP's voter suppression bill to "read the bill. There's no voter suppression. Read the bill and show me what person who is eligible to vote who will not be able to vote. You can't find it."