What have I been saying about hair relaxers for the longest time? That sh*te is toxic and yet women with kinky hair put themselves through burned scalps, headaches and god knows what else to rid themselves (and sadly, even their little girls) of the hair texture they were born with.

Call the Waaaambulance for the NOM-ster. Actually, Maggie, I haven't been thinking about you much at all, since that summer NOM bus tour was such a raging failure that I dropped you and perpetual flop-sweating Brian Brown down onto my third-tier list of homophobes along with The Peter and Ken Hutcherson. But if you want me to point some fingers at bigots who have helped create a climate of discrimination that reinforces young LGBTs that they are not equal in the eyes of the law, I'll be happy to do so. (NYP):

TX: GOP congressional candidate: violent overthrow of government is 'on the table'

Holy mother of dog, this is the Texas GOP in 2010. This guy is referred to as "Constitutionalist Pastor" Stephen Broden. (Dallas Morning News):

My co-blogger at my pad, South Carolina native Alvin McEwen, took on this one at the Blend, and I couldn't resist sharing this bit of unbelievable business here. Well, maybe considering the state of the GOP, maybe they enjoy this kind of party, less as nostalgia, but more about what defines "change" to them. I wonder if Michael Steele was invited to this little event. (FITS News):

Via Towleroad, a clear sign that it's not a post-racial society across the pond either. Bonus points in this case for these clubs employing a shared security system to do their racial profiling and have closed ranks regarding the controversy.

"Ken Mehlman is not gay," Steve Schmidt, a senior official of the Bush campaign and a friend of Mehlman's told Jake Tapper, an ABC News correspondent who wrote the piece for the magazine.

I think classic common sense has left the building; as Right Wing Watch wryly Tweeted, "What could go wrong?" (CNN):

'Ebonics' is back & the DEA needs nine linguists fluent in it

I thought this shite was dead and buried, and now here we have the resurrection of 'Ebonics.' You might recall that this was the nonsense perpetrated by "well-meaning people" in Oakland back in the 1990s to recognize the slang used in black neighborhoods as language or dialect.

The deviance of 'gay marriage' to the max: cleaning out the pantry and fridge on a Friday night 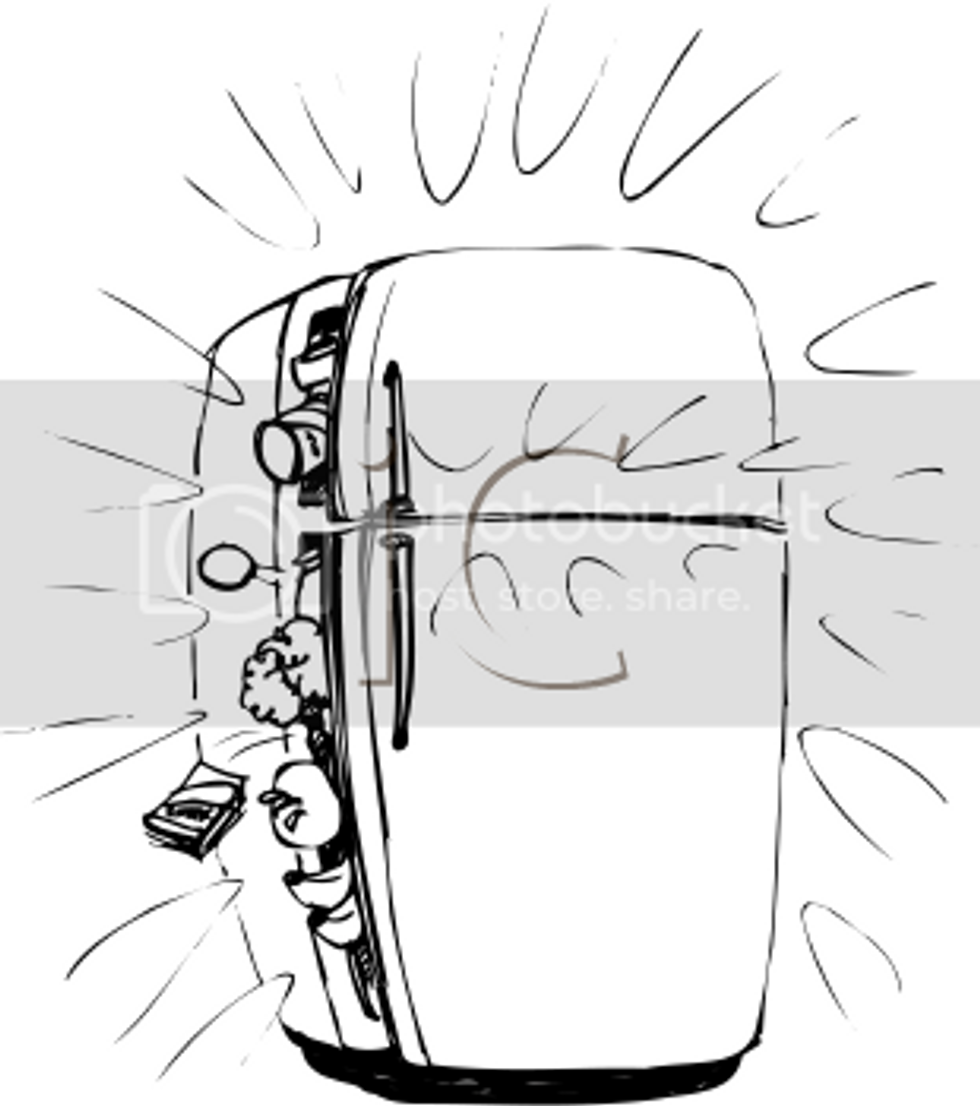 For the homobigots out there who are worried about the downfall of marriage if gays and lesbians are allowed to partake in it, let this be an example of how mundane and committed married life can be for some of us working hard on The Homosexual Agenda.

Yesterday I posted about WorldNetDaily's Joseph Farah blasting Ann Coulter's "betrayal" of him regarding the anti-gay "culture wars" by keynoting GOProud's HOMOCON. You could almost feel Farah's raging on the keyboard at other luminaries of the right who are also abandoning the professional anti-gay agenda:

Extra, extra: the White House is frustrated by 'gay bloggers' 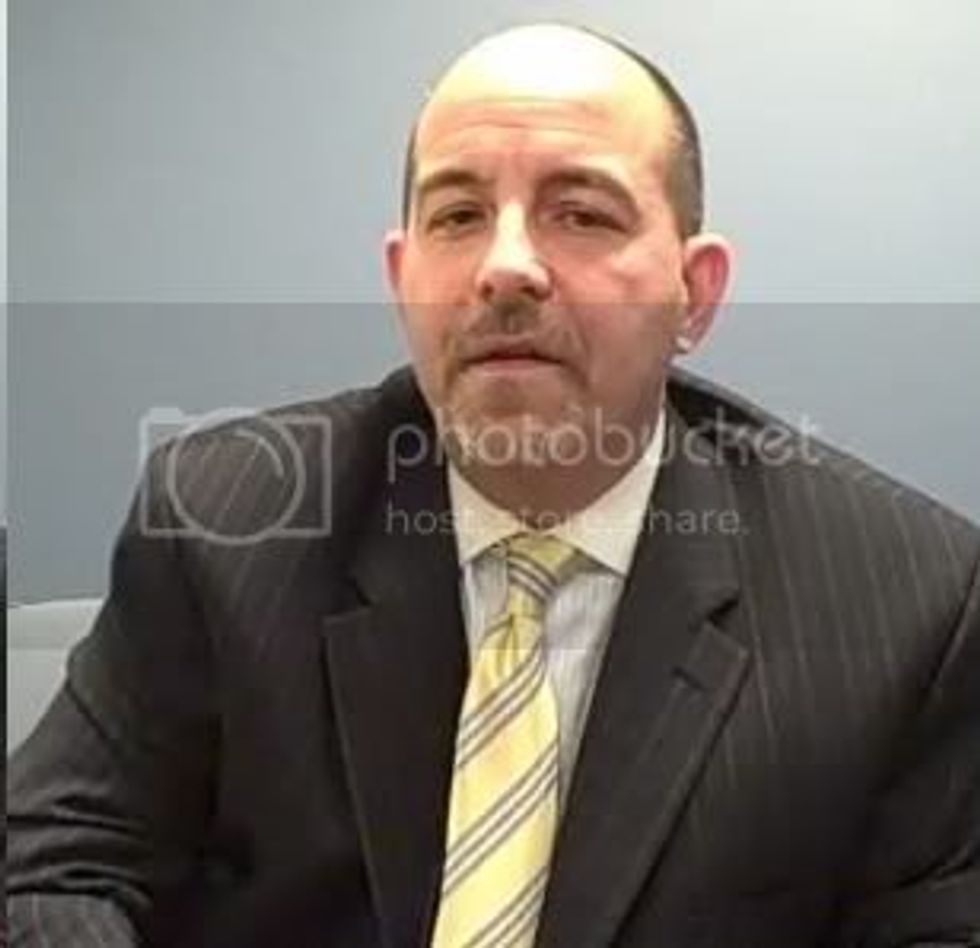 From Americablog, word that a closed-door meeting with the President, Brian Bond, the Deputy Director of the White House Office of Public Engagement and state equality organization leaders generated some interesting comments:

My earlier post at my pad about the ABC experiment about discrimination against Muslims was disturbing enough, but then I found this horrific video from last night's AC360 (Dr. Sanjay Gupta hosting), with homobigot and Islamophobe Bryan Fischer of American Family Radio Talk Network (one of the arms of Don and Tim Wildmon of the American Family Association), who really pares it down to the basics -- "No More Mosques, Period." You have to see it to believe it. Remember, this is the same man endlessly spouts homophobic crap. But he's versatile -- there's always someone else on the list for these fundies to persecute, er attempt to convert.

I'm reporting from NYC at the 2010 BlogHer convention, and it's my first time attending this event, held this year at the New York Hilton. It is HUGE; it's like an explosion of women from all walks of blogging life - mom bloggers, young newbies, seasoned women full of energy and activism, lifestyle bloggers, etc.

Why isn't my (love, commitment, and) marriage recognized in all 50 states?

Most readers are well aware of the answer to this question -- the Defense of Marriage Act.

Elisabeth Hasselbeck the train wreck explains late life coming out for women: there are no men

Is there such a thing as a negative IQ? The View's Elisabeth Hasselbeck goes for the gold standard. Via The Advocate: