Miss California shows everyone what God, er, the pageant gave her 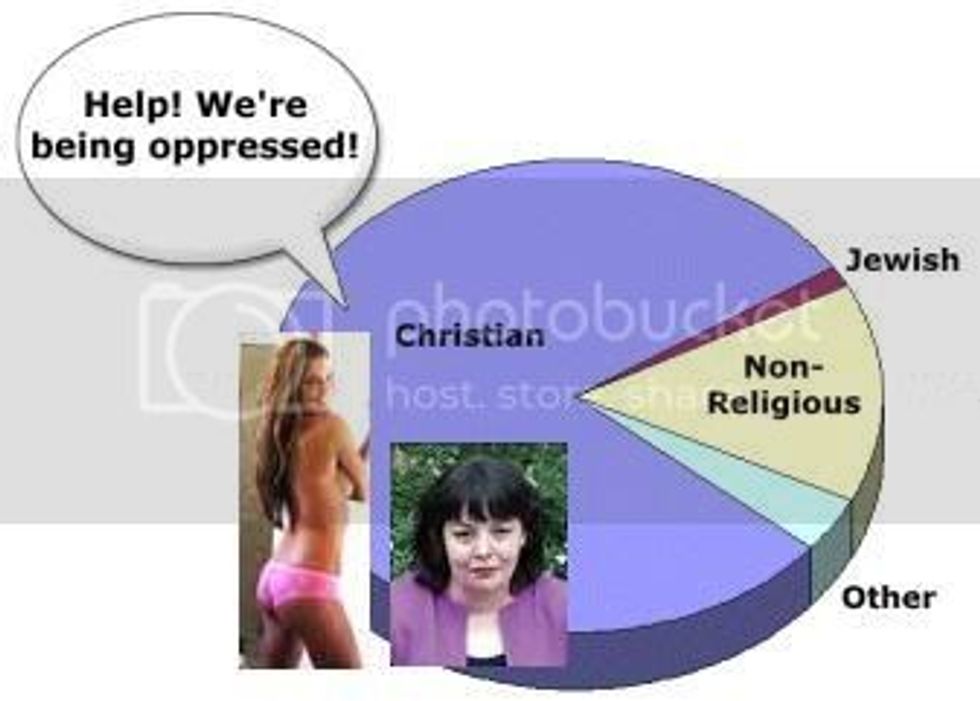 You knew it was only a matter of time before another thing that Maggie Gallagher's pious National Organization for Marriage touches blows up in its face. Nude photos of Miss Pageant-Paid-for-Jugs-for-Jesus have surfaced and the devoted "Christian" is forced to explain herself. Of course she's just a victim, right? Even a bible-beating homophobic gal's got to make a living. (PopCrunch):

Alicia Jacobs, Entertainment Reporter at KVBC in Las Vegas, has seen all six of the photos and says some are much more revealing. Alicia believes the flicks may have been taken after Carrie’s pageant-financed breast augmentation about six weeks ago.

Hmmm…These explosive pictures could be devastating for Miss California, whose anti-gay marriage campaign recently resulted in a partnership with the National Organization for Marriage and helped to make her increasingly popular with right-wing conservatives.

And the fun made the Today Show:

“I am a Christian, and I am a model. Models pose for pictures, including lingerie and swimwear photos. Recently photos taken of me as a teenager have been released surreptitiously to a tabloid Web site that openly mocks me for my Christian faith. I am not perfect, and I will never claim to be. But these attacks on me and others who speak in defense of traditional marriage are intolerant and offensive. While we may not agree on every issue, we should show respect for others’ opinions and not try to silence them through vicious and mean-spirited attacks.”