On Thursday, Ron Reagan was broadcasting his show from Netroots Nation and Megan Carpentier, one of the behind-the-scenes people at Air America came up to me during an earlier panel and asked if I do a segment with Ron Reagan about LGBT issues later in the day. Of course I was surprised that I was a first pick for this, considering the many great peeps in attendance. Anyway, I said sure, and showed up early since it was hard to find the radio row.

So I'm standing around chatting and all of a sudden his producer comes up and says that I was going to go on right now because the slotted guest was late. YIPES. So before I knew it, I was in the hot seat with the headphones on and doing the interview with Ron, who is a really nice guy who works well in this challenging environment with a wide variety of guests who are here.

It was a fun interview (radio is infinitely easier than doing TV) we talked about Prop 8 repeal, the Maine ballot initiative to roll back marriage equality, allly support, and minority outreach. 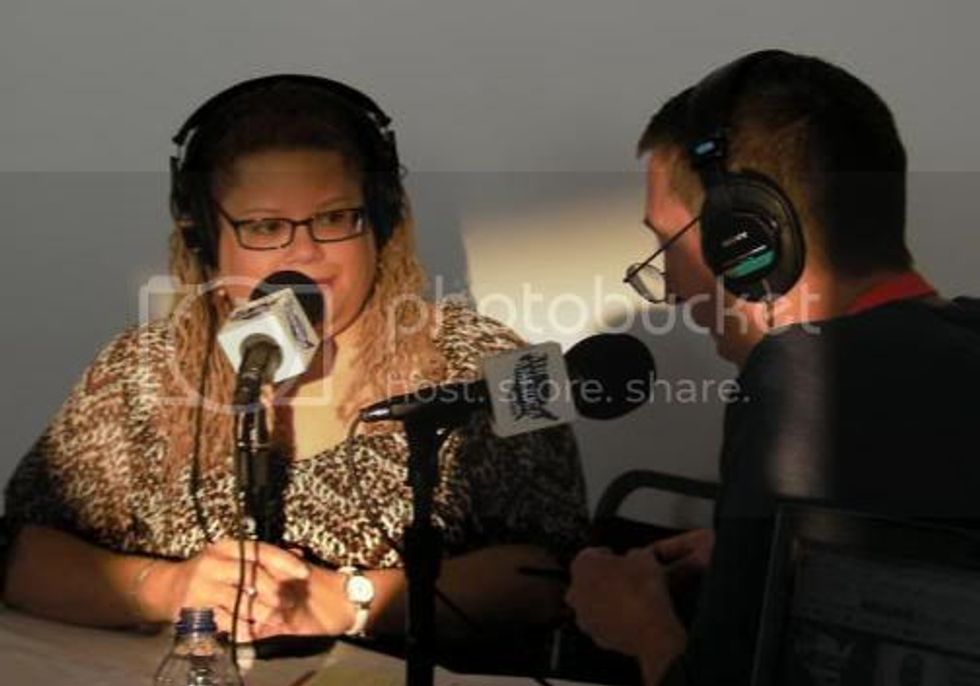