NOTE FROM PAM: If the right-wing bible beating set wants to go after Kevin Jennings and Chai Feldblum, then it's time to remind them (and the MSM) about the "moral values" of Tony Perkins, for example. You see Family Research Council honcho Tony Perkins frequently on the air to represent the "family values" agenda, but the media seem to ignore his outlandish racist affiliations documented in this Blend diary (posted here with permission), including ties to the Council of Conservative Citizens, declared a hate group by the SPLC, and the KKK. More background, via Media Matters:

The Boston Herald reported in an October 16, 2006, article, "In 2001, [Perkins] gave a speech at a meeting of the Council of Conservative Citizens, which the Southern Poverty Law Center [SPLC] considers a hate group." 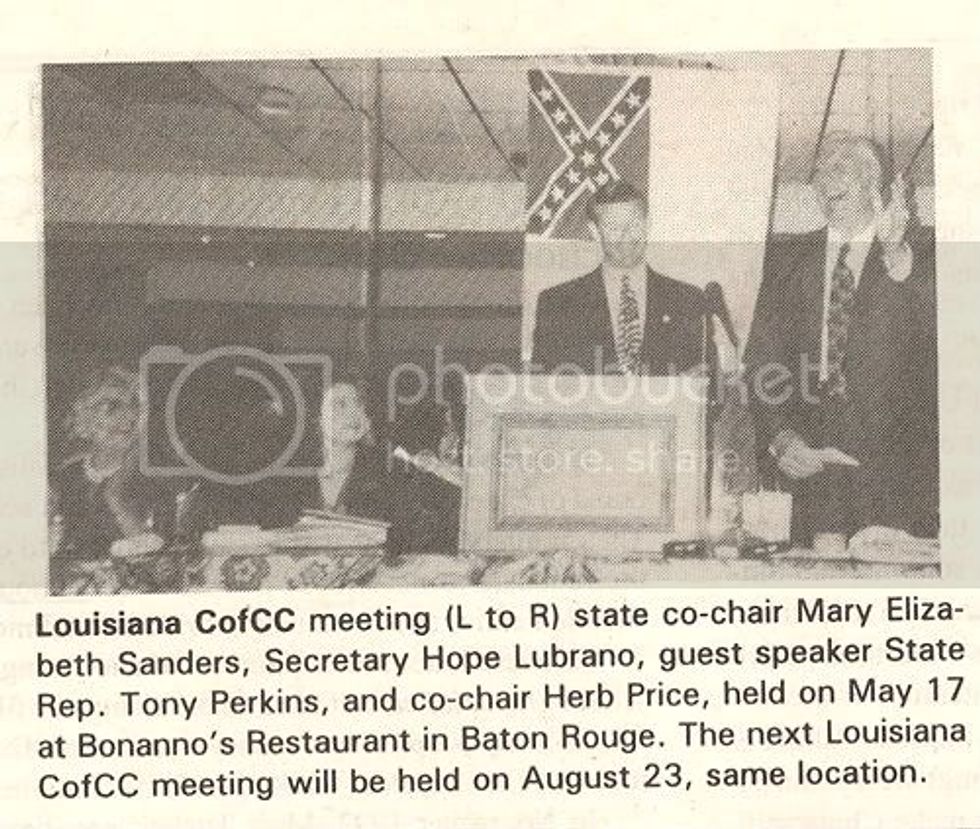 Indeed, a Fall 2004 article in the SPLC's Intelligence Report asserted that Perkins "spoke to the Louisiana Council of Conservative Citizens on May 19, 2001," during his tenure as a Louisiana state legislator. The SPLC characterizes the CCC as a "white nationalist" organization, and has reported that the group is "the reincarnation of the racist White Citizens Councils of the 1950s and 1960s."

The CCC declares in itsstatement of principles:

We also oppose all efforts to mix the races of mankind, to promote non-white races over the European-American people through so-called "affirmative action" and similar measures, to destroy or denigrate the European-American heritage, including the heritage of the Southern people, and to force the integration of the races.

When confronted with this information, an FRC tool said Perkins has "cannot remember" speaking to the group, but Perkins himself told the Vancouver Sunthat he "could not recall what he said to the group and that he said he had been unfamiliar with the CCC's history at the time." 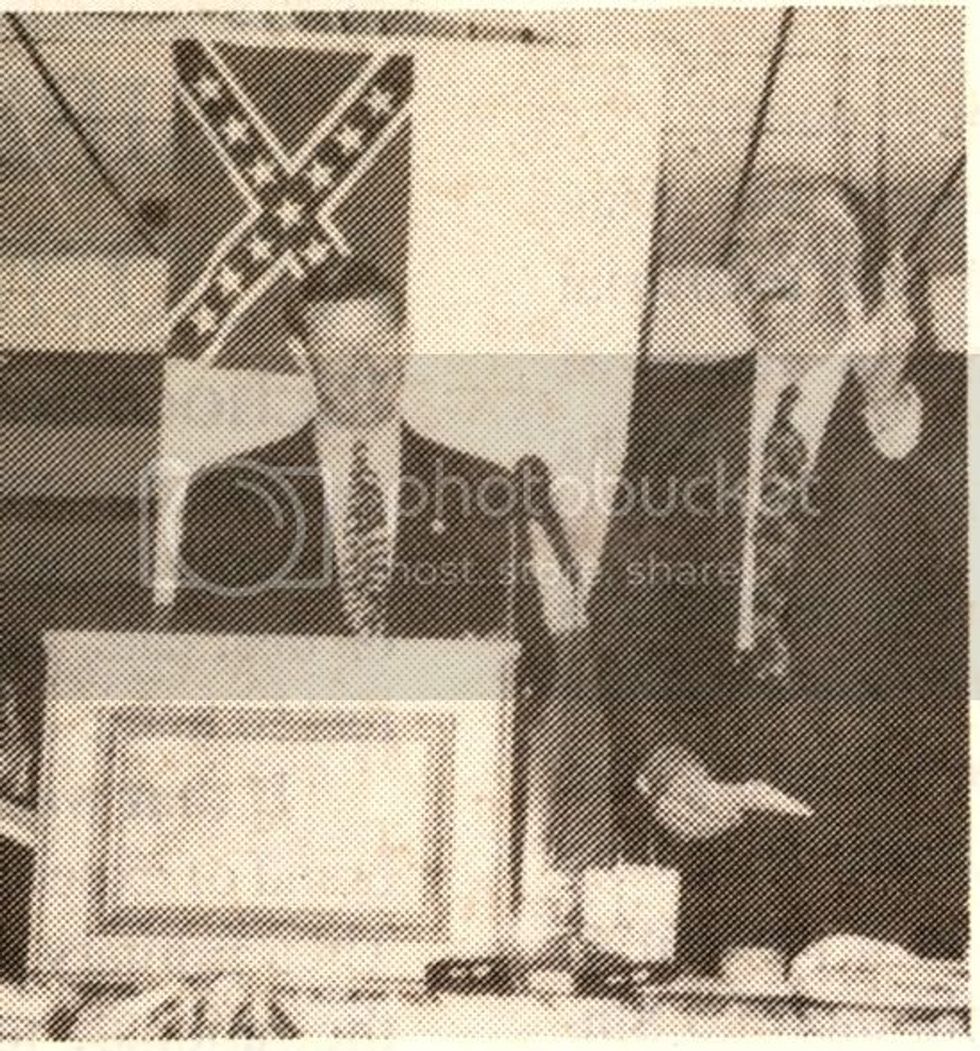 It's said that 'a picture is worth a thousand words.'  So I can't help but wonder what Tony Perkins, president of the Family Research Council, must think knowing that this picture exists of him in the newsletter for the Council of Conservative Citizens, a well-known white supremacist group.  It seems he was a guest speaker at the time, which he's done twice, once in 1997 and another time in 2001.

He could probably claim he had no knowledge of the groups interests, but he would be hard pressed to resort to this lame excuse.

;In 1998, nearly three years before Perkins spoke to the CCC a second time, both Sen. Trent Lott and Rep. Bob Barr received widespread national media attention (and outrage) for speaking in front of the CCC—and both politicians used the “I-didn’t-know-their-politics” copout.  The national tumult over Lott and Barr that year even prompted US Rep. Thomas Wexler to sponsor a House Resolution condemning the racism of the CCC.

Then there's the nasty detail of the white flag behind him at the podium, the one with the southern cross in one corner.

More below the fold.

I'm sure for most of us it's clear that this flag would have something to do with white supremacy and surely Perkins did as well since he's standing right next to it, but here's a bit of history on the flag from a post at QueerToday.com entitled, Tremont Temple and the Racists, which I quoted above.

This particular flag was the second official flag of the Confederacy, adopted in 1863, and was explicitly designed to represent white supremacy.  William Thompson, editor of the Savannah Morning News, and the one who proposed the design of the flag, said:  "Our idea is simply to combine the present battle-flag with a pure white standard sheet; our Southern Cross, blue on a red field, to take the place on the white flag that is occupied by the blue union in the old -United States flag, or the St. George's cross in the British flag. As a people, we are fighting to maintain the Heaven-ordained supremacy of the white man over the inferior or colored race; a white flag would thus be emblematical of our cause.

The above leaves little doubt as to the meaning of the flag or to Perkins having no knowledge of the principles of the group he was speaking to.  It's no wonder that as he and the Family Research Council collaborate with African American communities and churches for their anti-gay work, that they ignore the inequality and social injustices that those communities face.

It's a very sad commentary about both our communities and how we're being used to benefit those more fortunate than ourselves.

Here is the sourcing for the images: