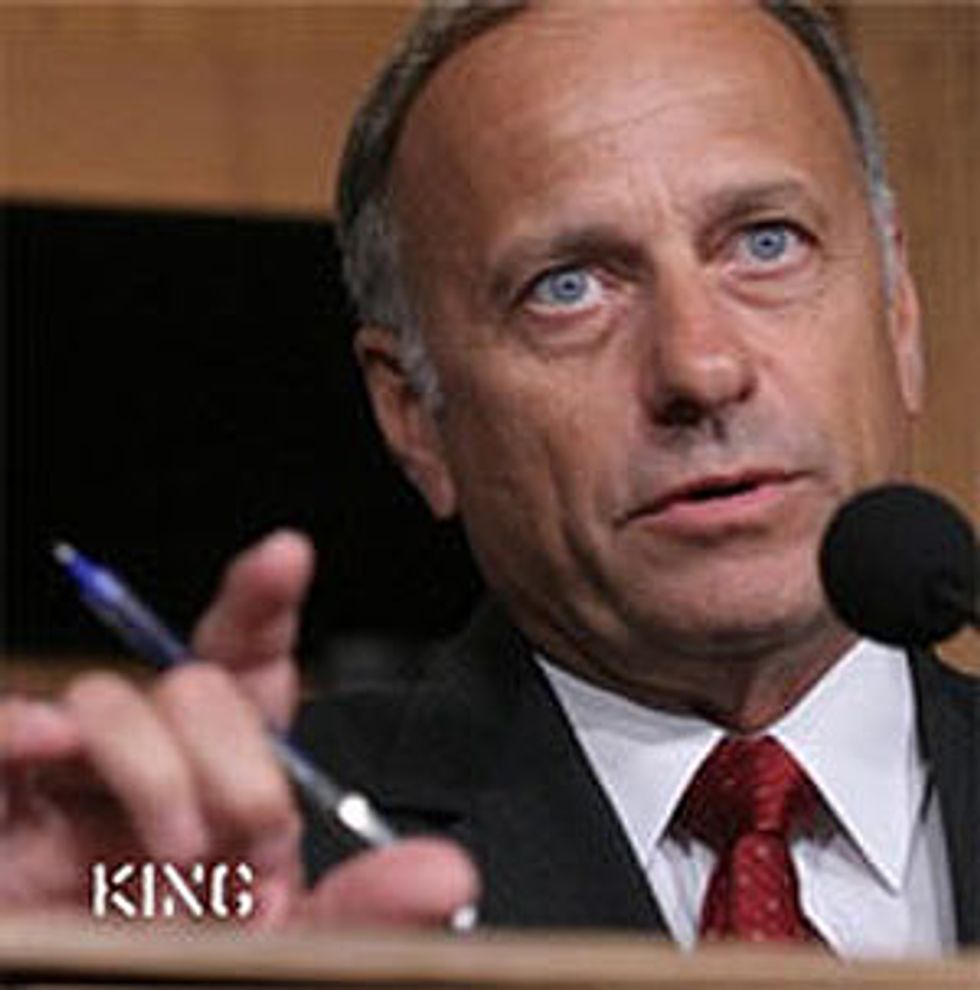 With today's much anticipated vote on the House health care bill, liberal blogger-political activist Mike Stark decided to speak with a few Republican members of Congress as they made their way around the Hill today for a last minute anti-healthcare reform rally.

"I wanted to know how many of them knew – at this late juncture – how many of their constituents lacked insurance," reported from his website. "Not one Republican could give me an answer. Quite a few, however, served up some entertainment."

Only one anti-reform congressman could give him a number -- a Democrat, Dan Boren of Oklahoma.

Rep. Steven King, (R-IA), the leader of today's anti-reform rally, told a crowd that page #644 of the Democratic health reform bill says, "The government will be required to encourage suicide, and, or assisted suicide."

This, of course, is factually false.

In this next video, Rep. Louie Gohmert (R-TX) tells Stark that he has been fed "a lot of baloney" by the Dems about their health care reform bill, and warns him that the bill will take his private insurance away.

When asked which portion of the bill would cause a person to lose their private coverage, Gohmert stops a moment as if he is going to explain exactly where in the bill to find it, but finally can only offer that he knows "It's in there."

These YouTube videos were all via Mike Stark at Starkreports.com.