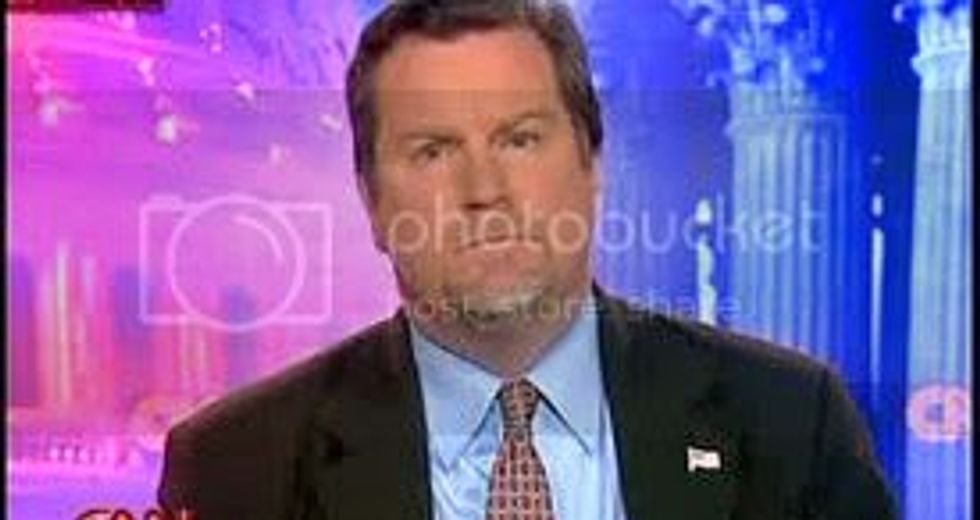 When the "kill gays" bill in Uganda was denounced today by President Obama and Secretary of State Clinton at the National Prayer Breakfast, everyone knew it would fire up the bigots -- and Cliff Kincaid (usasurvival.org) was quick to hit the send button on this hate-filled press release. You won't believe the defense -- the execution and "cleansing" by Uganda of its gays is all about ensuring national health.* I sh*t you not.

Kincaid, president of America's Survival, Inc., and editor of Accuracy in Media, says the legislation is designed to save lives by discouraging homosexual practices which spread disease and death.

"The purpose is completely at variance with what the U.S. media have reported," he said. "It is not a 'Kill the Gays' bill. Rather, it is designed to kill the disease that some homosexuals spread through their reckless and irresponsible conduct and lifestyle."

Kincaid said that the much-publicized death penalty provision in the bill is for deliberately spreading AIDS and engaging in homosexual behavior that threatens children and society.

"Uganda's people and government deserve support, not criticism, from the United States," said Kincaid. "They are up against the international homosexual lobby, the money of George Soros, and the Obama Administration. They are trying to create a Christian culture that is protective of families and children."

Would Kincaid support the execution of heterosexuals who engage in unsafe sex or who engage in pedophilia as well, since AIDS on that continent is mostly spread through heterosexual sex? I didn't see him proposing that anywhere. As Joe Jervis said, Kincaid is

defending the bill as necessary to prevent "homosexual imperialists" from continuing their campaign to fuck as much AIDS into the children of Uganda as possible.

Kincaid and the rest of these defenders of this execution and "queer cleansing" bill are completely morally bankrupt, repugnant -- and proud of it.

* Note that in this universe of eliminationism, lesbians and the demographically lower rate of STD transmission than heterosexuals conveniently never comes up.