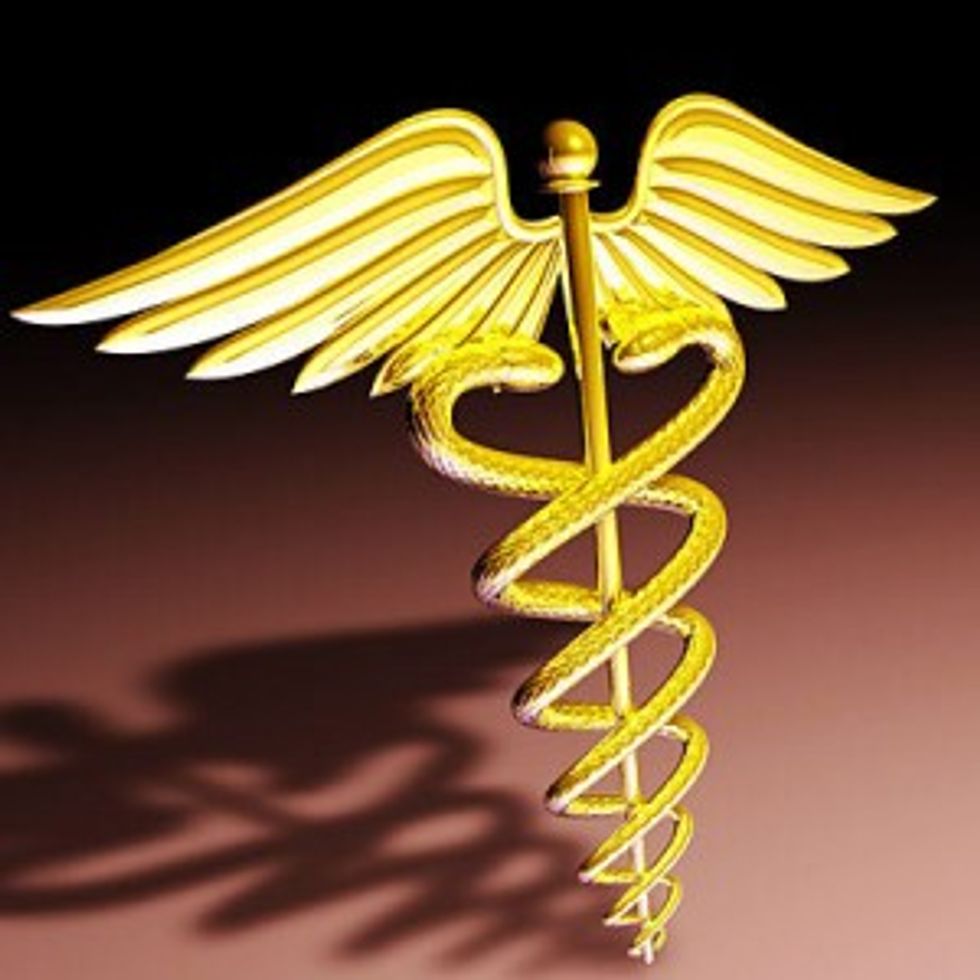 But according to an analysis by the Associated Press, health insurance premiums will rise under the Democrats' own health care plan championed by President Obama.

Premiums are likely to keep going up even if the health care bill passes, experts say. If cost controls work as advertised, annual increases would level off with time. But don't look for a rollback. Instead, the main reason premiums would be more affordable is that new government tax credits would help cover the cost for millions of people.

Listening to Obama pitch his plan, you might not realize that's how it works.

Visiting a Cleveland suburb this week, the president described how individuals and small businesses will be able to buy coverage in a new kind of health insurance marketplace, gaining the same strength in numbers that federal employees have.

"You'll be able to buy in, or a small business will be able to buy into this pool," Obama said. "And that will lower rates, it's estimated, by up to 14 to 20 percent over what you're currently getting. That's money out of pocket."

And that's not all.

Obama asked his audience for a show of hands from people with employer-provided coverage, what most Americans have.

"Your employer, it's estimated, would see premiums fall by as much as 3,000 percent," said the president, "which means they could give you a raise."

A White House press spokesman later said the president misspoke; he had meant to say annual premiums would drop by $3,000.

It could be a long wait.

"There's no question premiums are still going to keep going up," said Larry Levitt of the Kaiser Family Foundation, a research clearinghouse on the health care system. "There are pieces of reform that will hopefully keep them from going up as fast. But it would be miraculous if premiums actually went down relative to where they are today."

The statistics Obama based his claims on come from two sources. In both cases, the caveats got left out.

A report for the Business Roundtable, an association of big company CEOs, was the source for the claim that employers could save $3,000 per worker on health care costs, the White House said.

Issued in November, the report looked generally at proposals that Democrats were considering to curb health care costs, concluding they had the potential to significantly reduce future increases.

But the analysis didn't consider specific legislation, much less the final language being tweaked this week. It's unclear to what degree the bill that the House is expected to vote on within days would reduce costs for employers.

An analysis by the Congressional Budget Office of earlier Senate legislation suggested savings could be fairly modest.

It found that large employers would see premium savings of at most 3 percent compared with what their costs would have been without the legislation. That would be more like a few hundred dollars instead of several thousand.

The claim that people buying coverage individually would save 14 percent to 20 percent comes from the same budget office report, prepared in November for Sen. Evan Bayh, D-Ind. But the presidential sound bite fails to convey the full picture.

The budget office concluded that premiums for people buying their own coverage would go up by an average of 10 percent to 13 percent, compared with the levels they'd reach without the legislation. That's mainly because policies in the individual insurance market would provide more comprehensive benefits than they do today.

For most households, those added costs would be more than offset by the tax credits provided under the bill, and they would pay significantly less than they have to now.

The premium reduction of 14 percent to 20 percent that Obama cites would apply only to a portion of the people buying coverage on their own — those who decide they want to keep the skimpier kinds of policies available today.

Their costs would go down because more young people would be joining the risk pool and because insurance company overhead costs would be lower in the more efficient system Obama wants to create.

The president usually alludes to that distinction in his health care stump speech, saying the savings would accrue to those people who continue to buy "comparable" coverage to what they have today.

But many of his listeners may not pick up on it.

"People are likely to not buy the same low-value policies they are buying now," said health economist Len Nichols of George Mason University. "If they did buy the same value plans ... the premium would be lower than it is now. This makes the White House statement true. But is it possibly misleading for some people? Sure."

With edits by Raw Story.