Actually, cooking is hard (and I smell sexism in claiming otherwise) 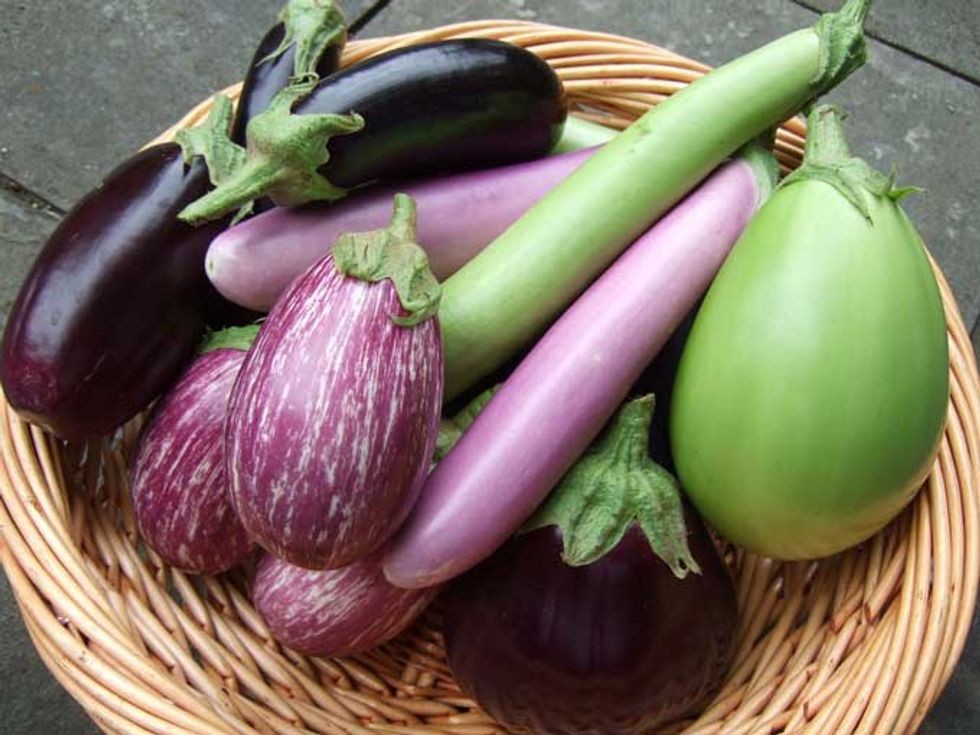 Jamelle Bouie, who is kicking ass guest-blogging for Matt Y., posted yesterday about a remarkable study done at the University of Washington that showed that obesity was 10 times higher among the customers are a low-end supermarket than the ones at the high end Whole Foods. To put that in perspective---4% of Whole Foods shoppers were obese, and nearly 40% of the customers at the inexpensive Albertson's were. As Jamelle pointed out, in no way does this mean that shopping at Whole Foods will make you skinny, but it's actually more of a correlation, not causation thing---where you shop is indicative of your class/income, and it's your class/income that has a tremendous impact on your diet and exercise.

We've talked extensively about the nutrition gaps in the U.S. between the haves (people who have access to nutrient-rich food that isn't necessarily calorie dense, and also have more opportunities for exercise) and the have-nots (people who live in "food deserts" lean on nutrition but high on cheap calorie-dense food, people who don't have a lot of exercise opportunities), and so I won't belabor those points. But I think Jamelle brought up something else that's worth thinking about, though it's a much more complicated problem to address even than access issues. After all, regardless of where they shopped, people in this study were going to a grocery store, so they do presumably have regular access to fresh produce, lean meat, and whole grains.

It’s not that healthier ingredients are absent or too expensive — even lower-priced supermarkets have plenty of fresh produce available — it’s that preparing those meals requires more time and energy than is available to most lower-income people. Cooking takes time, and after a long day of hard work in low-wage employment, parents want to relax, and the incredible ease of fast and processed food is a powerful lure. Indeed, if there’s any advantage to lower-income grocery stores Kroger or Wal-Mart, it’s that calorie dense foods — cookies, frozen pizza, Easy Mac — are cheap and readily available.

That said, if there’s anything I’ve learned from watching my friends attempt to navigate the kitchen, it’s that cooking isn’t obvious. Unless you’re familiar with the basics of preparation and cooking, the act of taking a few ingredients — some cornmeal, a bushel of greens, an egg — and making a meal is mystifying. Poor people are simply less likely to have access to that kind of knowledge. Moreover, eating habits are generational, and if you grew up in a home where food was prepared from fresh ingredients you’re far more likely to know what to do in a kitchen. By contrast, if you grew up eating processed and prepackaged food, then those are the first things you’ll reach for when you’re on your own.

This observation immediately caused an uproar in the comments, predominantly amongst the grouchy conservatives that populate Matt's comments for reasons that I don't completely understand. But their argument against this was seductively phrased in almost progressive-sounding terms: Jamelle is condescending, wouldn't ya know? He thinks cooking is hard, and that's insulting to people. It's not hard at all! Anyone can learn how to make rice and beans or tuna salad! (Never mind that two recipes is hardly enough for a lifetime of eating.) No, it's can't be the cooking is hard---lower income people must simply be lazy, full stop.

(It's the conclusion they're working towards that demonstrates that this is not a progressive argument. Or a reality-based one.)

Reading enough of this bullshit, I had one of those great intersectional feminist moments---these guys are couching their poor-bashing comments in sexism. The unspoken assumption behind the "cooking is easy!" nonsense is, "If my mother or wife can do it, how hard can it be?"

Reality: Cooking is difficult. It's not intuitive. I personally grew up with all sorts of advantages in this department, every single advantage that Jamelle mentions. Both my mother and father like to cook, and my father would actually entertain me with stories about cooking for all the firemen while he bustled around the kitchen on nights when dinner was his responsibility. (Fire fighters have unusual schedules, and so a lot of the time my dad was home during the day when I was small.) There was way more variety in my diet growing up than your average American's, because I lived on an international border where you ate from more than just mid-century Midwestern casserole-based cuisines. Sure, we had those, but there was also a healthy dose of Mexican food and some traditional Southern cooking, too. As an adolescent, we had to get even more adventurous, because my stepfather was a hunter. So we had the usual beef/pork/chicken thing going on, but we also ate a lot of venison, elk, and quail. Plus, Texas---especially rural Texas---has a bravado-based culture of eating. It's about how spicy you can make it, but you also get bonus points for food bravery. I've had rabbit and rattlesnake, but I never had the courage to go the distance and eat what they like to call Rocky Mountain Oysters---deep-fried bull's testicles. But I was exposed to it. We had a big, old-fashioned kitchen that was made for constant cooking, Western-style---you even had to hand-light our oven. I grew up in the kitchen, around non-stop cooking. I have every single advantage available, in terms of exposure to culinary experimentation. Nothing I have to do in the kitchen nowadays will ever compete with being made to pluck quail in our kitchen sink. We never even had a dishwasher, so washing dishes doesn't intimidate me.

And yet, learning how to cook has been not easy for me. I often struggle trying to come up with fresh ideas in the kitchen. Forcing myself to buy unusual produce and learn to cook with it is intimidating, because you fall into "failure is not an option" mode, because you don't want to waste food. I imagine that if you have a family to feed on a small income, that pressure is even more intimidating. With cooking, you learn by doing, and that means a lot of time and energy put in to practicing and refining. Even for people who are really dedicated to it, it's often tempting to say, "Fuck it all" and eat out, or grab some prepared food. I do it all the time.

The point is, if someone like me struggles, someone without every single advantage in the book is going to struggle. And Jamelle's right---there are entire groups of people whose food knowledge has disappeared in a couple generations, whether we like it or not. Jamie Oliver is an insensitive cload in a lot of ways, but I think his TED talk is something well worth considering, particularly the video where he shows how a classroom full of children cannot identify basic produce. We're not talking about not being able to tell kale from collard greens---some of them couldn't identify a tomato.

I don't know what the solution to this is, but I think it's important to start by trying to get a clearer view of the problem. And it's not just access to produce---time to cook and knowledge of how to cook are major obstacles.