My good friend Joe Sudbay of Americablog and I were interviewed by former Air America radio host Sam Seder while we were at Netroots Nation (you can see me in the background, but my vid isn't available so far). Joe's is up, so take a peek.

AB has a good post up today, "Why didn't Robert Raben demand that Clinton's DOJ defend a law seeking to overturn Miranda?" 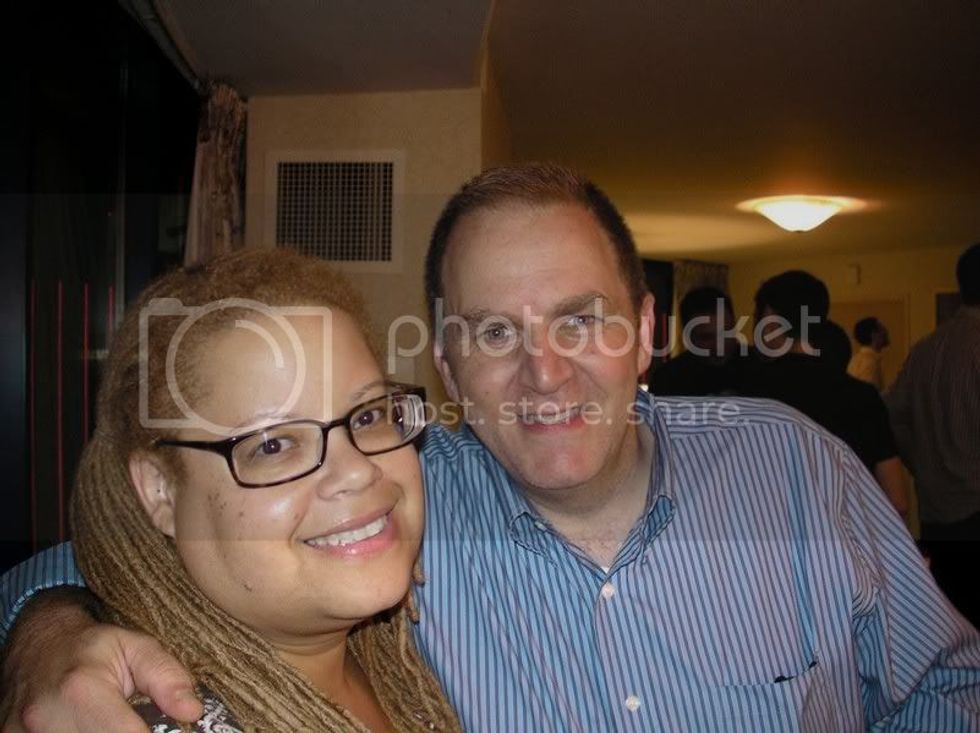 BTW, I also just put up a FB album called NN 2010 The Homosexual Agenda, "An album of activists, bloggers, and allies gathering to collude on how to overthrow the enablers of the equality status quo."

It's a stream of photos from one of the parties that Greg Rae of Living Liberally and Mike Rogers, organizer of the National Blogger and Citizen Journalist Initiative, threw for LGBT bloggers and allies while at Netroots.

It may look like just a party, but think about the LGBT online political power in the room. We've been meeting in groups offline for some time, with this conference being one of the most prominent non-LGBT related ones. It dispels the notion that we're all just a bunch of online armchair critics sitting in Cheetos-stained PJs spouting off. Nearly every person in that room is on the same page strategically (and we know exactly who isn't), and believe the approaches we are taking are compatible. 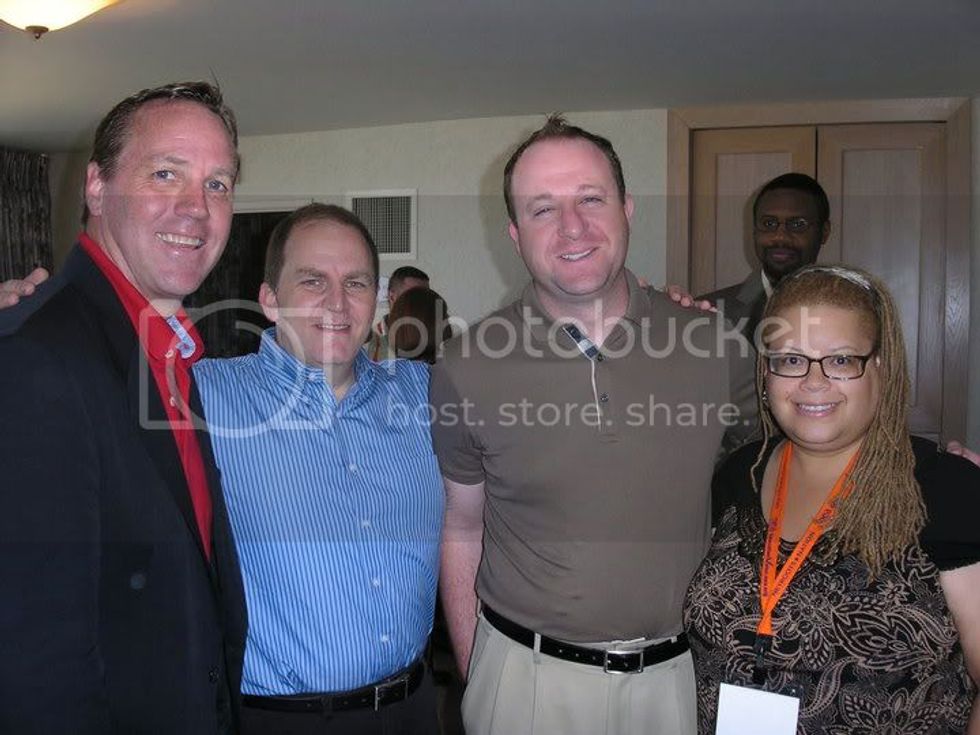 We are human beings who do care about the LGBT and progressive movements, and our roles to play in helping move equality forward. Our progressive colleagues at NN certainly recognized the unprecendented LGBT attendance and cross-pollenation of ideas that Netroots Nation provides, and that we are committed to pushing the envelope. It's sad we have to with a self-proclaimed LGBT-friendly administration and Congress, but there you have it. Sitting back and waiting for change isn't cutting it.

And because of the work of Mike Rogers with the National Blogger and Citizen Journalist Initiative pre-conference this year, we had representation from a wide variety of LGBT Beltway legacy orgs and news orgs who sat down with bloggers to bridge some of the communication gaps that are painfully apparent as everyone tries to navigate the new power and communication structures that have quickly emerged and continue to evolve. We're past the head-in-the-sand time. Now perhaps the White House might think about sending someone to attend next time around.

One of the feminist bloggers who attended my panel on electing more progressive women to office approached me afterwards and was crestfallen that there was only one panel on women in politics and noted how prominent LGBT issues were at this NN. I told her that I've been to all but the first NN, and have seen tremendous growth in LGBT influence at NN after starting with just a handful of attendees and no panels on our issues. Building the coalitions and actively pushing your way in the door is the only way to be heard above the many voices and inertia the progressive movement has had toward LGBT (and women's) issues to date.

One last note: I get mobbed by fans/readers at this event; my fellow bloggers call me a "rock star" (ahem, Joe Sudbay). The rock star thing is hilarious.

I do get fan mobbed at NN. Maybe not like Markos, but it's true that I cannot make it down any corridor without several people wanting a photo of/ with me or an interview. I am very appreciative of being able to meet readers, many of them are lurkers, not commenters. It's quite humbling when many of these people are actually pols, other bloggers and activists much more important than I am (IMHO). I still don't get it. That whole 'imposter syndrome" thing, I guess. But since I am really just an average person working an average job in the real world, it is disconcerting to recognize how popular my online work is to so many. So thank you all; I enjoy meeting and speaking with you.

I can at least report to my wife that no one hit on me in Vegas. I don't think she has anything to worry about; I'm a rock star without the sex appeal, LOLOLOL.