Really, it's not about the money, it's about class warfare 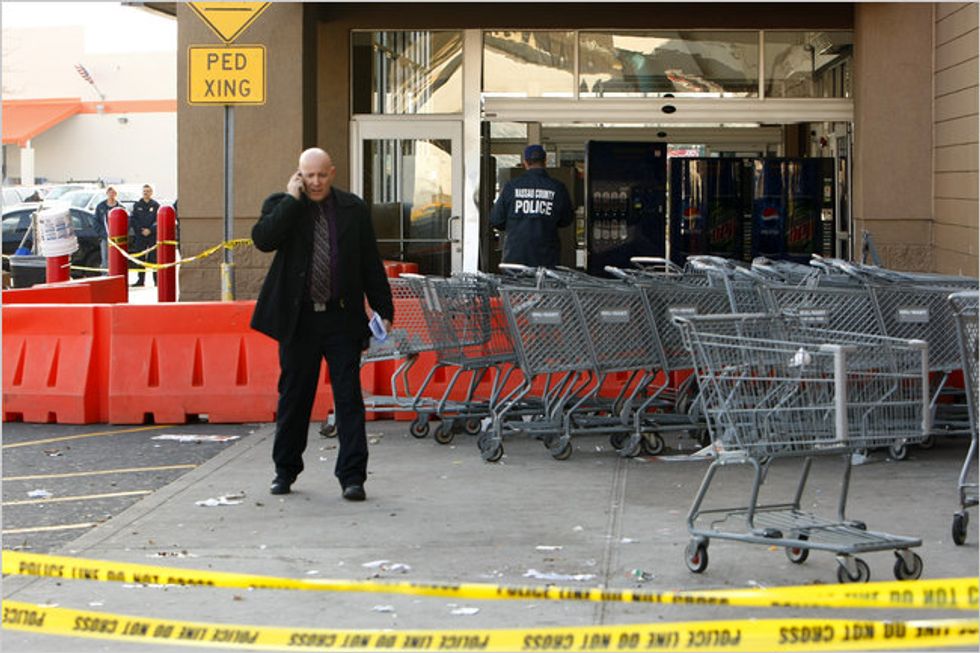 There's something darkly literal about the way this whole story about Wal-Mart's overblown hatred of OSHA has played out, in that in their attempts to squash the little guy, an actual human life was taken by being trampled to death. If you recall the horrible story, a Wal-Mart employee was trampled to death by thousands of customers who lined up at the door on Black Friday to take advantage of the crazy sales---and were perhaps more frantic than usual because of the financial crunch. Despite the fact that Wal-Mart has already had a history of fighting regulations that would control crowds, they were only hit with a $7,000 fine from OSHA for this man's death. But here's the kicker---Wal-Mart is so outraged, so morally offended at the idea that they should be required to treat their workers like human beings whose lives matter instead of just cogs you throw out when they break that they have spent millions of dollars and thousands of man hours fighting a $7,000 fine.

Wal-Mart’s all-out battle against the relatively minor penalty has mystified and even angered some federal officials. In contesting the penalty, Wal-Mart has filed 20 motions and responses totaling nearly 400 pages and has spent at least $2 million on legal fees, according to OSHA’s calculations.

The dispute has become so heated — and Wal-Mart’s defense so vigorous — that officials at OSHA, an arm of the Labor Department, complain that they have had to devote huge numbers of staff time to the case, including 4,725 hours of work by employees in the legal office.

Here's what is really important to remember when shit like this happens: We're told, over and over again by sanctimonious Randian wingnuts, that they want to get rid of government regulation not because they're class warriors who are truly out to squash ordinary working people. Oh no, they just object to regulation because it's too expensive, and therefore hurts the markets and prosperity. It's just strict rationality, y'all. All about the bottom line.

Clearly, this line is 100% bullshit. Strict bottom line thinkers compare $2 million to $7,000, choose the $7,000 and go about their day. They may even build paying fines into the cost of doing business, if that's cheaper than fighting them. They don't spend way more money on lawsuits and lobbyists to fight regulations than it would cost them to pay fines or gasp! comply with the regulations. This is all about ideology, and rationality has nothing to do with it. And the ideology isn't even really about money, because if it was, we'd be back to taking more cost-effective steps like complying with regulations or paying fines without complaint.

No, this is and always was straight-up class warfare. I wouldn't even necessarily say there's an elaborate thought process, just knee-jerk resentment against anyone that's not in the top or second to the top tax bracket. Safety regulations go into the pile with health care and clean air/water as things that should be denied ordinary Americans because they were uppity enough to think they deserve these things. They need to know their place, and if a few people get trampled to death to make that point, so be it.