My co-blogger at my pad, South Carolina native Alvin McEwen, took on this one at the Blend, and I couldn't resist sharing this bit of unbelievable business here. Well, maybe considering the state of the GOP, maybe they enjoy this kind of party, less as nostalgia, but more about what defines "change" to them. I wonder if Michael Steele was invited to this little event. (FITS News):

The National Federation of Republican Women (NFRW) held its annual fall Board of Directors meeting in Charleston, S.C. last weekend – a decision the organization is likely regretting after several controversial pictures from one of the meeting’s sponsored events began surfacing on the internet.

One of the pictures shows S.C. Senate President Glenn McConnell - who FITS readers will recall enjoys dressing up as a Confederate General – posing in his Rebel garb with a pair of African-Americans dressed in, um, “antebellum” attire. 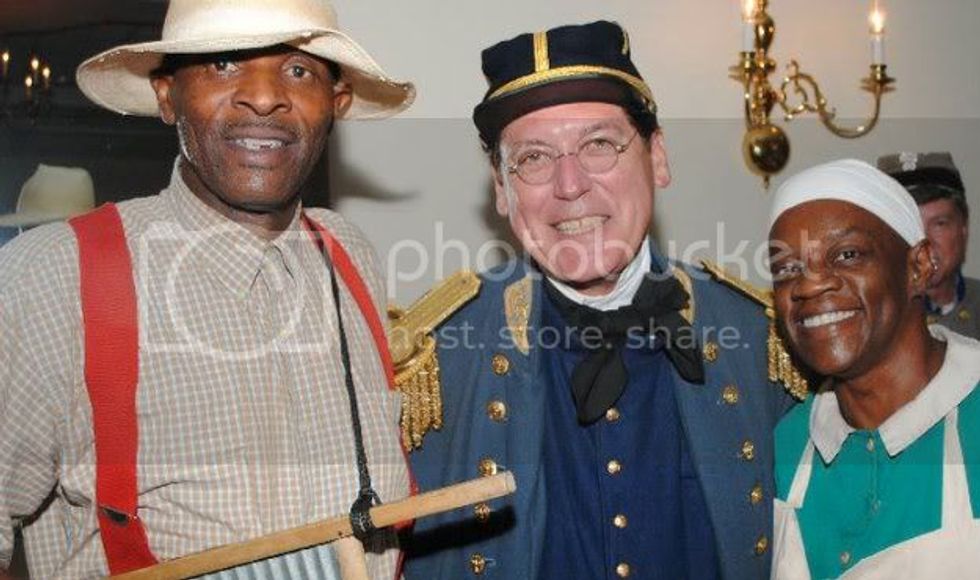 The event in question – dubbed “The Southern Experience” – was held last Friday evening at the Country Club of Charleston. Hosted by the South Carolina Federation of Republican Women, it was included on the national conference’s official itinerary.