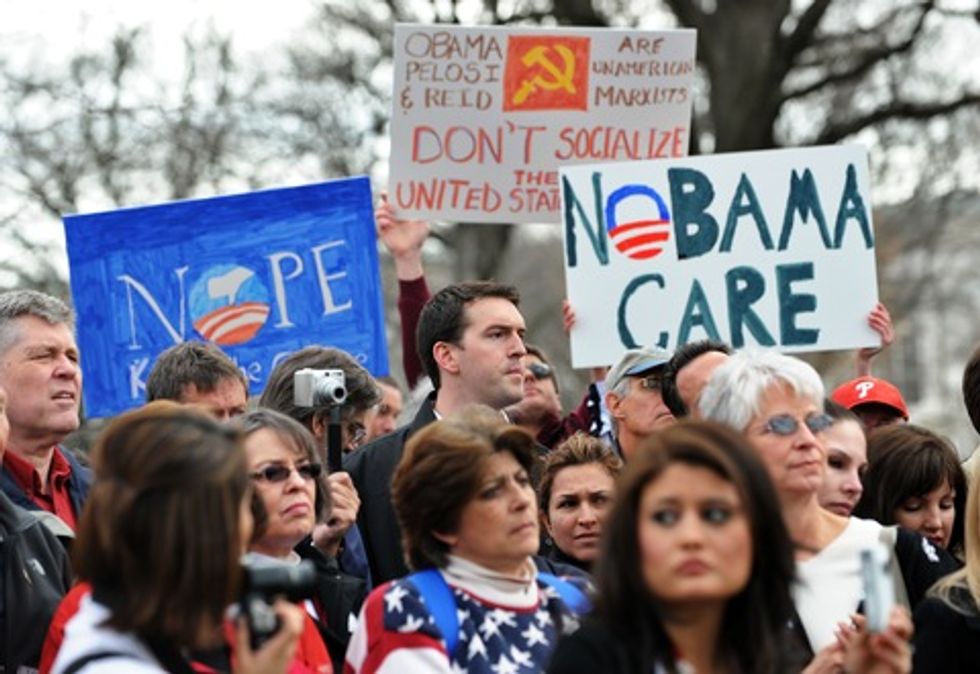 The office of Majority Leader Eric Cantor (R-VA) confirmed to Raw Story that the House would move forward with its bill to repeal health care reform next week.

"As the White House noted, it is important for Congress to get back to work, and to that end we will resume thoughtful consideration of the health care bill next week," Cantor's spokesman Brad Dayspring said in an e-mail Thursday, in response to an inquiry.

"Americans have legitimate concerns about the cost of the new health care law and its effect on the ability to grow jobs in our country.  It is our expectation that the debate will continue to focus on those substantive policy differences surrounding the new law," he said.

The vote, initially slated for Wednesday, January 12, was postponed after shootings in Tucson, Arizona on Saturday that killed six, including a federal judge, and critically wounded Rep. Gabrielle Giffords (D-AZ) and at least a dozen others.

Republicans are poised to tread carefully in their rhetoric regarding rolling back the explosively controversial measure given the sensitive political climate that has resulted from the tragedy. The health care debate, spread out over almost a year until the bill was enacted in March of 2010, was one of the most bitter the nation has seen.

Dayspring told Raw Story the detailed schedule of the measure, called "Repealing the Job-Killing Health Care Law Act," will be released Friday. He first broke the news to the Washington Post's Greg Sargent, who also reported that Democrats intend to label the effort the "Patients Rights Repeal Act."

Democrats have launched a public relations campaign to fight the GOP’s pledge to roll back the law, in part by touting its benefits to consumers. With a 241-194 majority, and a virtually unanimous belief among Republicans that the measure should be repealed, the vote is highly likely to succeed.

But it's a nonstarter in the Democratic-controlled Senate, and in case it somehow squeaks by, President Barack Obama has promised to veto it.

The sweeping law bans insurance companies from discriminating against sick patients and combines federal subsidies and an individual mandate to insure roughly 32 million Americans (94 percent of legal residents) by 2020, according to the nonpartisan Congressional Budget Office.

The CBO also reports (.PDF) that the Republican repeal effort would add roughly $230 billion to the deficit through 2021 and drive the number of uninsured Americans to more than 54 million by 2019.

The GOP's symbolic rebuke would serve as more than just a painful sting to Democrats' landmark accomplishment – the measure requires appropriations for implementation between now and 2014, which Congress has the power to block.