Bowie-holic Sarah Jaffe was gracious enough to invite us out to an annual event called Oh You Pretty Things!, which has two bands (one a big band with multiple singers, some dancers, and an accordion) doing Bowie covers all night, with DJs pumping up the dance floor in between sets. People really dressed up, and the general feeling of the night was camaraderie of queers and weirdos who really love David Bowie. In other words, awesome. The picture above is the lead singer of the first band, who was almost uncanny in his vocal impressions and had a twist on a couple of Bowie images all his own.

In honor of that, I thought I'd reposition a question I asked everyone that night: If you were in a Bowie cover band, what three songs would you do? But I'm going to ask you guys a slightly different question: What artist or band would you want to cover, and what ten songs would you do by them? Put together your ten song set, and leave it in comments. Here's my fantasy Bowie ten song set for my imaginary cover band, in the order I'd play it.

10) "Quicksand" "Man Who Sold the World" gets all the love since the Nirvana cover, but this is my favorite of the slow, pensive songs in that style.

9) "Be My Wife" Preferably done as campy as possible.

8) "Sound and Vision" Which is a song I have a new appreciation for after the cover show.

7) "Putting Out The Fire" In honor of "Inglourious Basterds"

6) "Andy Warhol" One more pensive song, before things get wild.

4) "Under Pressure" To kick off the grand-standing portion of the evening.

2) "Suffragette City" Required if you're a feminist Bowie cover band.

1) "Rock and Roll Suicide" Which has fresh meaning in this It Gets Better era.

Again, leave your ten songs by whatever artist or band you'd love to have a cover band for in comments. Videos below the fold.

I don't have cat pictures of mine, but this is a good time to remember there's an entire breed of cats that look like David Bowie. 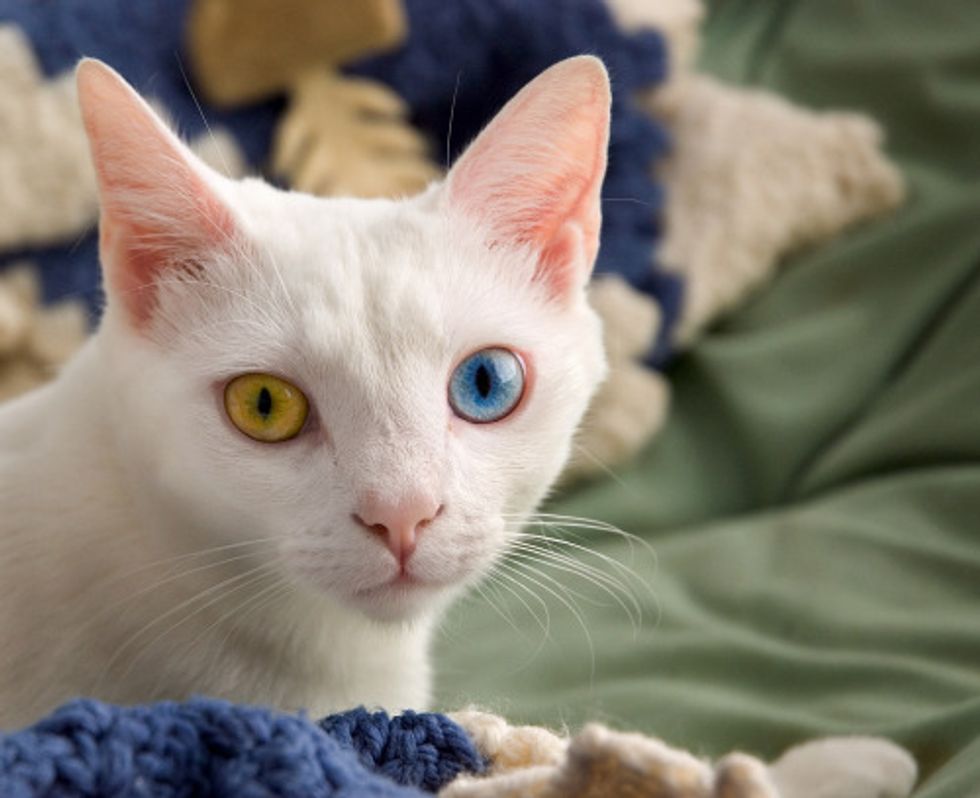 To be fair, these cats actually have different colored eyes. Bowie got injured in a fight in school as a kid, and it left on of his pupils permanently dilated, creating the illusion of different-colored eyes.