Never assume logic when it comes to teabaggers 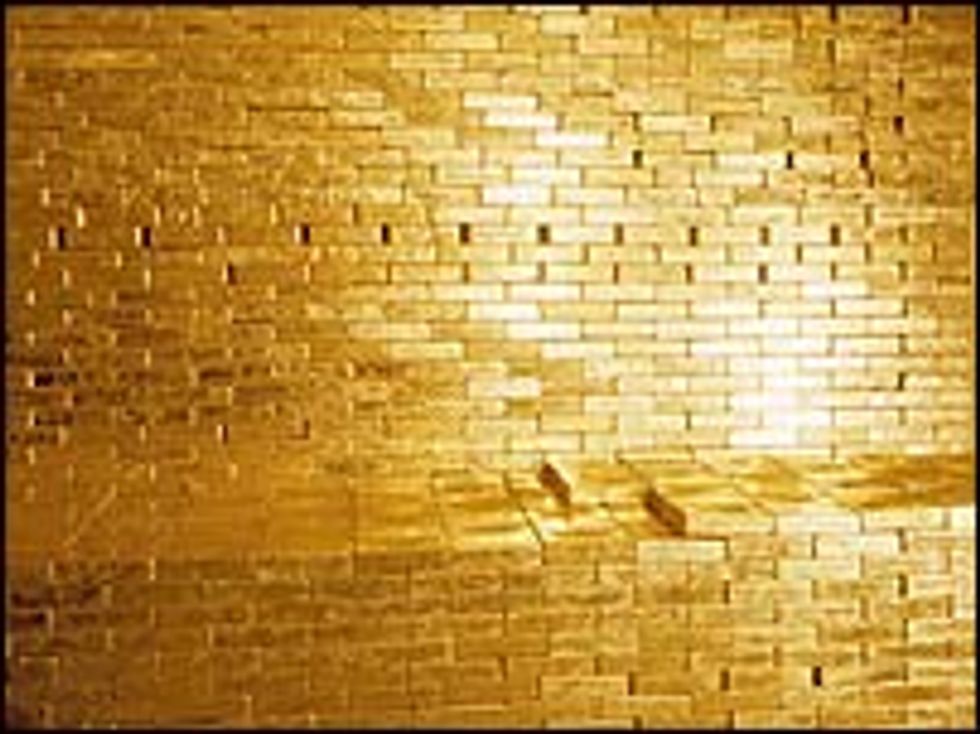 Of course, to many advocates of the gold standard, restricting government freedom is precisely the point. This is a major reason why a return to the standard has always been popular with a subset of libertarians and is a staple of Tea Party discourse. If all currency was backed by gold, there would be physical limits on the amount of outstanding debt governments could carry. Big government wouldn't be so big! We'd be forced to live within our means!

I honestly think this is giving them way too much credit. Most people who have warm and fuzzy feelings when they hear the words "gold standard" get them for reasons that have no pragmatic or intellectual backing whatsoever. I'd say there are two major appeals of this silly obsession:

1) Gold has an old timey feel, and teabaggers love that. In fairy tales and the Bible, people use gold as currency. As we all know, these kinds of fantasies and myths are more real to teabaggers than actual reality.

2) It satisfies their need to believe in a higher, absolute authority. Just like the obsession with believing the Constitution and Bible are non-ambiguous documents that just so happen to agree with everything wingnuts do, and cannot be crossed by mere people, they like to believe that gold is a currency that has intrinsic value that puts it outside the scary world of social constructs and arbitrariness. You get the same obsession, by the way, with English-only thinking. The hope is that there is something solid and unchanging that has value and meaning outside of what humans imbue in it, a sort of final authority they can put their faith in. But just as the category "English" is actually not as rock solid as they think---language is ever-changing---and the Bible and Constitution are up for interpretation, so is it true that there's no intrinsic value to gold. It only has value for the same reason paper money as value, because we say so.

The actual effect of having a gold standard has little or no bearing on this. Gold is appealing to the teabagger masses on a strictly emotional level. In fact, one of the major problems with teabaggery in general is that it doesn't truck with logic or pragmatism, but instead is a bunch of easily manipulated emotional responses. It's about nostalgia, and pretending you're "tough" because you automatically prefer other people to suffer, even if you have to pay for it. Which is why, for instance, they oppose health care reform even if it saves money, even though they think of themselves as "fiscally conservative". They'll spend more money to make sure some people don't have health insurance. They need that to shore up a self-image as a bunch of hard asses.

Never assume logic with teabaggers when the more available answer is a knee-jerk emotional response to nostalgia or sadism.