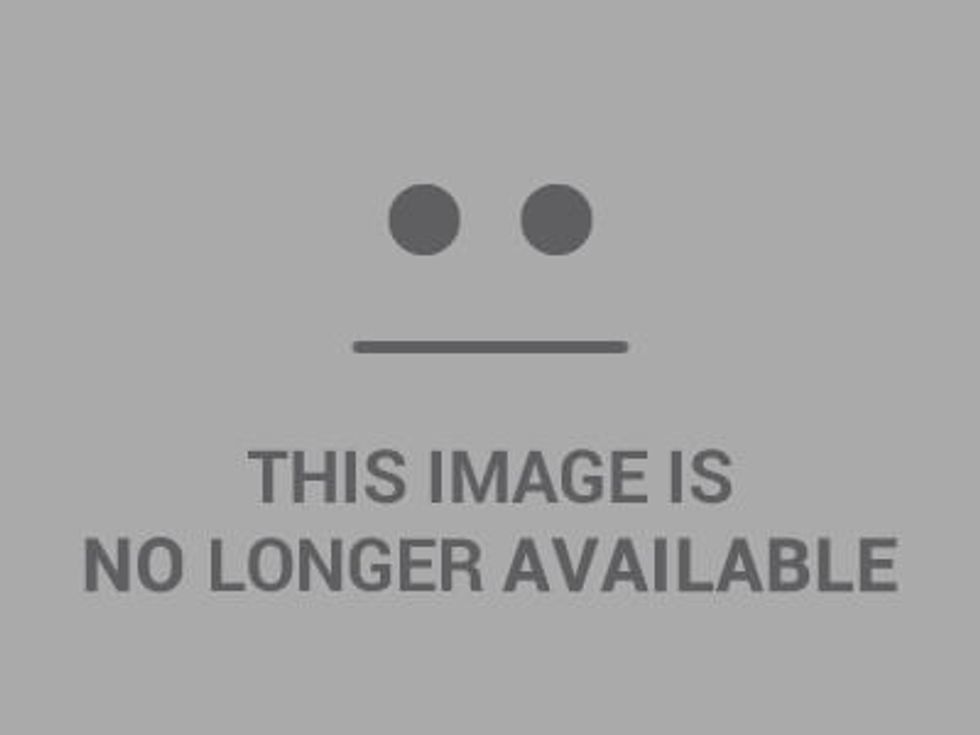 In what may really win the award for tastelessness in the ongoing contest of conservatives to see who can deflect criticism of their lies and eliminationist rhetoric the hardest, Erick Erickson may win with using the occasion of the attempted murder of a Jewish congresswoman (and the deaths of six others) to launch a maudlin recruitment ad for Christianity. (Though, it's hard to be conservatives using the occasion of an attack on a Jewish woman to claim that criticizing them is "blood libel".) This sort of thing is sadly inevitable; amongst fundamentalists, blaming atheism (and evolutionary theory) for murder and mayhem is a favorite tactic. 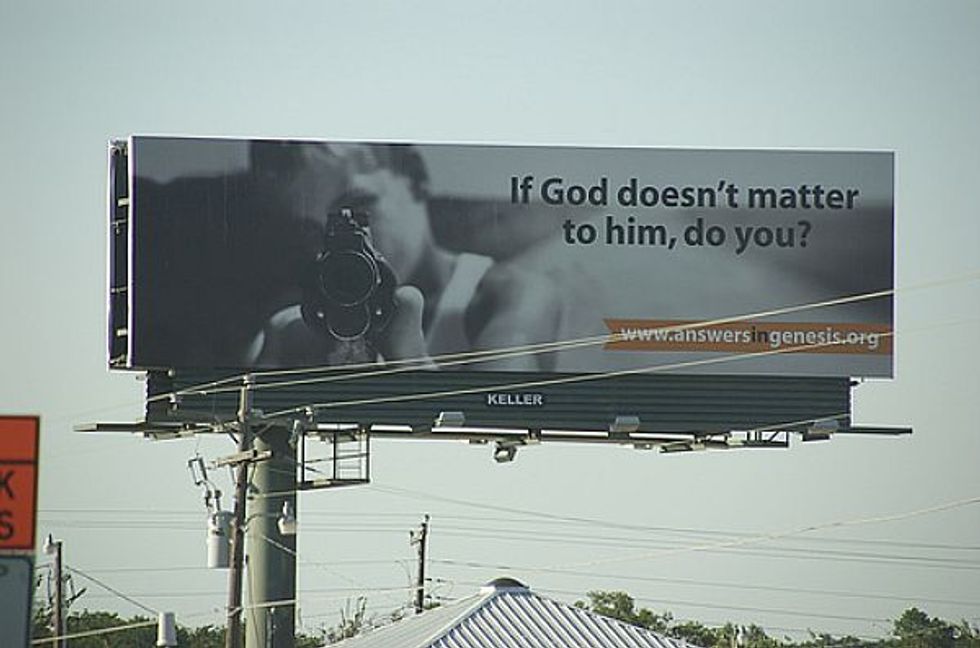 In all the discussions we’re having, let’s not forget that bad things have happened throughout history, but we are seeing more and more a pattern of violence from those who reject Christ and we are seeing the most extreme rhetoric from those who reject the only real truth while embracing every other historic fad and nonsense as variations of truth. The one true way has been shunned, ridiculed, bastardized, co-opted, and buried over in psycho-babble nonsense, “find your own spirtual self” crap, and haphazard soul damning assorted other garbage.

For a taste of what I’m talking about, look at Timothy McVeigh. Raised a Catholic, McVeigh self-admitted that there was a god of some sorts, but that he was agnostic, had no belief in hell, and had drifted far from anything having to do with Jesus Christ. But the left routinely tries to portray McVeigh as some sort of Christian terrorist. They know not of what they speak.

My feeling is that I don't really feel comfortable around people who claim the only thing standing between them and mass murder is their relationship with an imaginary friend. He didn't even try to generalize and suggest that religion was necessary for morality. He went all in and said that only Christianity is responsible for morality. If you poked him, I bet he'd offer some opinions on what kinds of Christianity are the only kinds that prevent people from shooting up public events at supermarkets or schools.

Which leads me to his claim that non-Christianity is why there's murder and chaos. Most people in the world aren't Christians, so by his measures, we all should have killed each other off by now in bloody rampages, due to that being the normal state of humans who are uncontrolled by Jesus. Weirdly, that hasn't happened, inclining me to think morality might have another source besides Christianity.

What is interesting to me is that this is a threat at its core. Which makes sense; as Media Matters demonstrates, Erickson is a nasty piece of work who enjoys threatening rhetoric:

Erickson is right. Why, just this morning, I came across a quote from a loud-mouthed atheist who denounced former Supreme Court Justice David Souter as a "goat fucking child molester."

No, wait: That was Erick Erickson. And so was this: "At what point do the people tell the politicians to go to hell? At what point do they get off the couch, march down to their state legislator's house, pull him outside, and beat him to a bloody pulp for being an idiot?" And it was Erick Erickson who said he'd pull a shotgun on any government employee who tried to make him fill out the American Community Survey, too.

If Erickson's well-advertised fondness for Christ doesn't stop him from talking about beating people to a pulp, or pulling guns on them, or from referring to public servants as child molesters, or from presuming to know who God is angry with at any given moment, he should at least take a look at what the Bible has to say about hypocrisy before going on about the "extreme rhetoric" of non-believers.

And so this column is basically a threat: share my religion or there will be more mass murders. Makes you long for the people who are more into speaking in tongues and self-help books sprinkled with Jesus, doesn't it? And the hell talk is just more threats. As was his response to the anger his column provoked.

Atheists don't believe in hell, so this threat doesn't sound nearly as scary as Erickson thinks it does. It's like telling someone that they have to do what you say, or you will launch your army of leprechauns on them. This almost makes me feel bad for him; he has no idea how what he thinks is a tough guy act makes everyone who hears it cluck at what a simple-minded coward he seems to be.

This sort of thing is always tried by right wing Christians who've convinced themselves everything should be a recruiting opportunity. And, in my experience, it's not very sticky. I don't think most people think about Timothy McVeigh's religious beliefs one way or another, but if you want to know, he seems to have created a mish-mash of some Christian beliefs and some Christian Identity beliefs. I've said it before, and I'll say it again: since religion is made up, it's endlessly malleable. It's really a poor predictor of moral behavior, because people can adjust their beliefs as they go to rationalize whatever they want. Erickson is functionally trying to argue that religion is an effective form of mind control; ironically, he shares this belief with the Jared Loughner, though they obviously differ on the value of mind control, with Erickson in favor and Loughner against. I don't think it's that simple. I think religion is, at best, a weapon in the art of social control. But Erickson is definitely saying Christianity works by getting inside someone and creating morality where none existed, which is definitely more akin to mind control.

For the record, it actually seems like atheists are underrepresented in prison populations. But I would caution against reading causation into what is almost surely just correlation; many of the factors that make it likelier someone will be an atheist also make it likelier that they won't go to prison. I just don't think there's much of a relationship between criminality and religion one way or another.